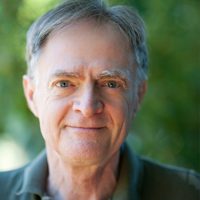 Richard Heinberg is the author of thirteen books including: - Our Renewable Future: Laying the Path for One Hundred Percent Clean Energy, co-authored with David Fridley (2016) - Afterburn (2015) - Snake Oil (July 2013) - The End of Growth (August 2011) - The Post Carbon Reader (2010) (editor) - Blackout: Coal, Climate, and the Last Energy Crisis (2009) - Peak Everything: Waking Up to the Century of Declines (2007) - The Oil Depletion Protocol: A Plan to Avert Oil Wars, Terrorism & Economic Collapse (2006) - Powerdown: Options & Actions for a Post-Carbon World (2004) - The Party's Over: Oil, War & the Fate of Industrial Societies (2003) He is Senior Fellow of the Post Carbon Institute and is regarded as one of the world's foremost advocates for a shift away from our current reliance on fossil fuels.

Could a Green New Deal Save Civilization?

To fully and systematically address the climate/energy crisis, the plan will have to be far broader in scope than what is currently being proposed. And while we need to mobilize society as a whole with a World War II-level of effort, the reality is t…
Read More

This article previously appeared in Common Dreams and Resilience. Amid a horrific human tragedy of sickness and death, much of it taking place in hospitals staffed by brave but overworked and under-equipped doctors and nurses, we are all learning …
Read More