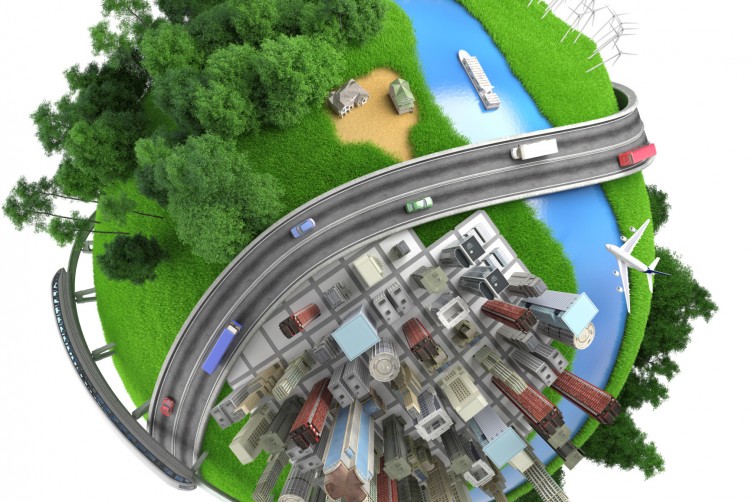 In February, 2022, the UN Intergovernmental Panel on Climate Change (IPCC) issued “a stark warning about the impact of climate change on people and the planet, saying that ecosystem collapse, species extinction, deadly heatwaves and floods are among ‘the dangerous and widespread disruptions’ the world will face over the next two decades due to global warming.”

The UN News wrote that the IPCC adaptation report is “a damning indictment of failed global leadership on climate.” In an op-ed article penned for the Washington Post, Antonio Guterres, the UN Secretary-General, described the latest IPCC report as “a litany of broken climate promises”, which revealed a “yawning gap between climate pledges, and reality.”

Too often individual actors in a system are unable to see or experience the whole of which they are a part, and this limited worldview will then affect their vision and decision making.

In the last three decades, systems thinking has evolved as a new, unified concept at the forefront of science. In the words of one of the pioneers in the field, Fritjof Capra, this new outlook is “a unified view that integrates life’s biological, cognitive, social and ecological dimensions. At the very core of this new understanding of life we find a profound change of metaphors: from seeing the world as a machine to understanding it as a network.”

Systems theory advises us to discover the web of interactions between nature and economy, between science and culture, between personal habits and political policies. Systems theory also advises us to find “a new web of meaning,” as the great systems philosopher Jeremy Lent puts it. Because without a web of meaning replacing nature as machine and human beings as “homo economicus”—that irrational and outdated idea that an economy is mainly profit and growth-oriented—we will continue to seek false ideals, create fractured societies, and perhaps destroy civilization.

There are also different types of systems thinkers. Hard systems thinkers look for concrete problems and solutions for definable systems. Soft systems thinkers, on the other hand, focus more on people and their perspectives of a given system, and how these could be reconciled to make improvements. Therefore, it is not easy to find a singular definition of what a system is. Moreover, we must also account for scientific definitions as well as public, political and government opinions, and policies about the same systems. Systems are complex, and they often require complex, integrated solutions.
There are different schools of thought, depending on the discipline and the context, of how people define systems. Here is a definition from John H. Holland, often called “the father of genetic algorithms” and the dean of complexity studies: “A system is a configuration of interaction, interdependent parts that are connected through a web of relationships, forming a whole that is greater than the sum of its parts.”  Donella Meadows, another well-known systems theorist defines a system as “a set of things—people, cells, molecules, or whatever—interconnected in such a way that they produce their own patterns of behavior over time.”

Systems are in Flux

An important insight of systems theory is that ecosystems, societies, economies, and cultures are always changing and in dynamic flux. Therefore, a theory of change needs to be a living conversation, a dynamic adaptation. We need to test our assumptions about how change happens. This requires an adaptive learning approach as we gain feedback from the work undertaken. We must try to avoid failure, but when we do fail, we engage feedback loops into the different stages, and we allocate time to revisit and improve through course-correction.

Today, we are in an unmistakable, planetary flux. This global instability—in the form of climate change, species extinction, economic inequality, food shortages, political autocracy, and the fear of nuclear war—poses a real and present danger to human civilization. In short, we are failing to create a sustainable planet. Without further delay, we must engage scientific, political, environmental, and economic feedback loops so that we may save the one and only planet we have.

What is Systems Change?

Systems change is the emergence of a new pattern of organization or systems structure.  It is both a process and an outcome. Today, we are facing unprecedented economic, social, and environmental crises, and most reforms have offered ineffective and shallow solutions. It is time for systems change. This is the moment for a new culture and economy to emerge from the principles of systems thinking.

We need to “connect the dots” between economics and nature, between science and culture, between politics and wellbeing. We need to address the root causes of all current crises facing people and the planet from a systems perspective.

At Systems Change Alliance, we connect the dots between individuals, groups and organizations working in different fields to collaborate, educate, advocate, and implement positive systemic change.

We may define a ‘system’ as a set of interconnected elements forming a coherent pattern we may term a ‘whole’. This wholistic system exhibits properties emerging out of the interactions and relationships of the individual elements within it. This definition can refer to a molecule, a cell, a human being, a community, or the planet itself.

In many ways a system is less a ‘thing’ than a pattern of relationships and interactions — an organized web of constituent elements. The Greek root of the word system is ‘synhistanai’ and literally means ‘to place together’.

Whole systems thinking is a theory and a map, but it is not the same as the territory. In the words of Daniel Christian Wahl: “We can reduce the world to a whole just as easily as we can reduce it to a collection of parts. Neither the whole nor parts are primary; they come into being through the dynamic processes that define their identity through relationships and networks of interactions.

In a society based on reductionist rather than wholistic thinking, ecological, economic, political, and cultural constraints often become irreconcilable challenges. We must remember that the part and the whole are dualistic. When we say that the whole is greater than the sum of it’s parts, we are actually referring to a third dimension of the system (its evolution) which is not accounted for in this dualism.

This is the progressive nature of evolution in system change. In a society based on dynamic systems thinking, these spheres of life become regenerative support systems, breathing new life into dynamic cycles of collaboration and change.”

Systems of Competition and Cooperation

Our current economic system, however, has been primarily based on the idea that evolution is all about the survival of the fittest. Thus, the capitalist market places too much emphasis on competition over cooperation, to the detriment of both people and the environment.

A systemic understanding of nature’s processes in which life continuously regenerates conditions conducive to dynamic balance and biodiversity can teach us a pathway for creating a more regenerative and cooperative economy. In this new eco-economy, healthy competition and cooperation may become mirrors of the mutualism evolved in the liquid world of coral reefs.

Likewise, as we embark upon systems change to save people and planet from potential climate collapse, we need to embrace both competition and cooperation while striving to create a more regenerative economy, a more sustainable application of science, and the blossoming of a more united human society.

This article is a summary of a booklet we are working on, titled “Understanding the Systems to Change the World“. We have a draft being reviewed by major systems thinkers, and will publish it in the future as an illustrated booklet.
Subscribe to our newsletter to receive information when it is published.