What Comes After the Crash? The Sequel 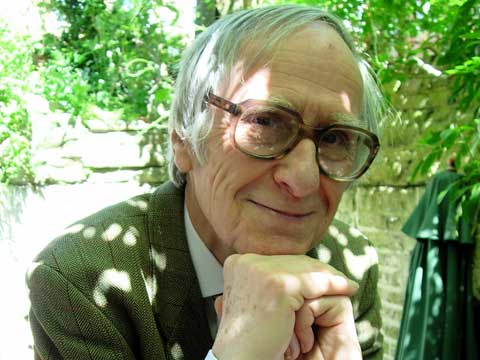 Inspired by the life and work of David Fleming, economist, ecologist, green political campaigner, visionary and writer. The Sequel is a one-hour documentary, made following the publication of Fleming’s great work, Lean Logic: A Dictionary for the Future and How to Survive It. He was unable to finish the book before his death in 2010, and it was eventually edited and published in full, posthumously, in 2016, by his friend and collaborator, Shaun Chamberlin.

In both his life and his writing, Fleming dared to re-imagine a thriving civilization after the collapse of our current mainstream economies.

Originally trained as an economist, Fleming went on to play a key role in developing alternative narratives to mainstream economics and agriculture. He was among the first to reveal the possibility of peak oil‘s approach and invented the influential TEQs system, designed to address this and climate change. He was also a pioneer of post-growth economics, and a significant figure in the development of the UK Green Party, and the New Economics Foundation, as well as a Chairman of the Soil Association.

In both his life and writing, Fleming dared to re-imagine a thriving civilization after the collapse of our current mainstream economies and inspired the Transition Towns movement, spearheaded by Rob Hopkins.

In Lean Logic, he emphasised that a shift in culture would be the key element to transforming our societies away from centring around the market economy. Rather than competition and growth, he highlighted the need for togetherness, giving, sharing, trust in one another, and building relationships within communities

It can be overwhelming to imagine or implement change at a global level. This film and Fleming’s work serve as a reminder that, while we acknowledge that systemic change needs to take place, we can have the greatest impact in our own communities. We can make change at a local level – by starting initiatives that combine our skills and passions with genuine local needs.

Featured in the documentary, the repair cafes, pop-up village green, and solidarity clinics, established in Greece following the economic crisis, are small-scale examples of people taking matters into their own hands and choosing new ways of weaving human kindness and wellbeing into the fabric of our societies.

The Transition Town movement is helping people to prepare for a way of life that is sustainable. We need to practise consuming less – the shift to a post-capitalist reality need not be austere – in fact there can be more abundance and celebration in our lives as we develop flourishing local economies and nurture biodiversity – but it requires a shift away from a consumer lifestyle, based on convenience shopping and manipulative advertising from multi-nationals like Amazon and Facebook.

Some of these projects are up and running now. Undoubtedly, more will come later, when the need for alternatives becomes greater. The truth is that when collapse happens we are forced to act. Nothing brings people together and urges them to make change like a crisis. And it may be that, for many, that is what it will take to wake them from the dream that capitalism can ever be sustainable. When it comes to that stage, it is vital to know what other options we have. David Fleming’s work may make a significant contribution to these next chapters of humanity.

The Sequel was directed and produced by Peter Armstrong of Empathy Media. Watch our recent interview with Peter, in which he speaks about his lifetime as a filmmaker and environmental activist.