The Path to and beyond COP26 : Why it’s Important and what needs to Happen Pt III 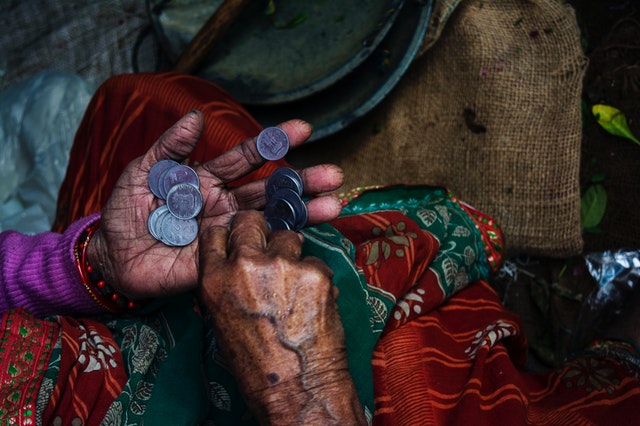 We are in a critical climate moment. As discussed in parts I and II of this post we know that we need transformative change. We know we need all actors to play a pivotal role. We know that we need to prioritize knowledge and voices of Indigenous peoples and traditional groups, who have a deep and inherent connection to the earth. We also know that we need political buy-in and multilateral commitments for a crisis that knows no geographical boundaries. Most of all, we know that we need wholesale systemic change – social, political, and economic. Let’s discuss that last point.

As Naomi Klein puts it in her book ‘On Fire’, “debates about climate action remain trapped in a paradigm that equates quality of life with personal prosperity and wealth accumulation.” We know, however, (and by we, I am referring to not just you and I, but politicians from all ideological perspectives, as well as economists and academics) that this perverse view of economics is no longer attainable, sustainable nor desirable. As the number of rich shrink, while simultaneously growing their wealth by billions, the vast mass of people living in poverty snowballs. The current global economic system exploits the planet and its resources for the benefit of very few, while those most disadvantaged will be the worst impacted by climate change.

Moving away from fossil fuels is the bare minimum, but it is not the magic bullet to save the planet from destruction.

Klein argues that in this respect “there is much to learn from Indigenous-led movements” like Buen Vivir, which she describes as a “focus on the right to a good life as opposed to the more-and-more life of ever-escalating consumption and planned obsolescence.”

Phasing out coal, moving away from extractive policies including fossil fuels and biofuels, moving towards a needs-based approach to resource consumption, towards renewables with an emphasis on community-based and small-scale renewable energy transitions will need to be part of the solution. Moving away from fossil fuels is the bare minimum, but it is not the magic bullet to save the planet from destruction. We need to do more. It is not good enough to replace one form of large-scale extraction (fossil fuels) with another just because it is the easier option the lesser of two evils. Non-fossil fuel extraction and exploitation also has negative, irreversible impacts on the planet’s carrying capacity, if not in the short term, in generations to come. Deforestation is one major extractive activity but there are others. So effective solutions start with transforming the global economic model.

Major key adjustments need to be made to the global economic system, and national economies and development policies can begin to immediately reflect a wholescale commitment to striving for rapid and radical emissions reductions, and aiming for Net Zero by 2030. The UN says that countries will have to commit to at least 45 percent emissions reductions by 2030 if we are to have any chance of limiting global warming to 1.5 degrees. Climate Council of Australia argues that this will need to be more like a 75 percent reduction by 2030, with Net Zero by 2035 based on current risk assessments. However, a new assessment conducted by Breakthrough, the National Centre for Climate Restoration argues that there is no carbon budget for 2030 as we are already overdrawn and that based on past emissions we are already on track to reach 1.5 degrees by 2030. Net Zero by 2050 is too late, yet loose ‘targets’ made by countries like Australia are locking us into climate catastrophe.

Whatever the commitment, to reach Net Zero we need a complete transformation of the global economic system.

Released in a briefing paper earlier this year, Breakthrough argues that we will need to reach Net Zero by 2030 to keep warming below 2 degrees, a fact that has been argued by many climate scientists and advocates including Greta Thunberg. It states, “The world needs to be at zero emissions by 2030 for the 2°C target, based on three assumptions: 1. Mitigation expenditure no more than 3% of GDP; 2. No geoengineering; 3. Climate sensitivity is not low (Lamontagne et al, 2019. Nature Climate Change, 9:290–294).”

Whatever the commitment, to reach Net Zero we need a complete transformation of the global economic system. The CSIRO says, “Reaching Net Zero will require a fundamental reimagining of everything we do. It will require a new energy system, new modes of transport, new fuels, new materials, new modes of financing investments, new ways for industry sectors to interact and new ways of living on a scale – and at a pace we have never come close to achieving before.” But it’s not enough to assume that we can technologically innovate our way out of this. We also need a reimagining of society to transform the way, scale and speed at which we consume. To quote journalist Sarah O’Connor,

“To this new world, let’s not go back to a past that wasn’t working anyway !”

The global capitalist system that rewards competition and the exploitation of nature for the accumulation of individual wealth can no longer be logically and ethically argued as best system for an economy bounded by social injustices and planetary restraints.

In the near future, greater, more radical changes to the global economic system will need to be made. There are many proposals that policymakers and economists can consider, for example: degrowth, the social and solidarity economy, regenerative economy, and a circular society (which not only incorporates a circular economy, but also social and environmental factors including knowledge that impinge just outcomes).

It may be that no one single alternative model will be appropriate to transition markets to Net Zero, instead, key elements of the various significant models can be incorporated into one cohesive response that can be tailored to different contexts, so as not to reinforce the economic growth approach, but to level global equity, respond to fundamental needs and eliminate extreme poverty. With the last factor, it is instrumental to evaluate multidimensional poverty (environmental, wellbeing, social cohesion, health, education, sanitation, etc), not just economic poverty.

The path to Net Zero is not a linear one. It involves all actors – civil, governmental, business and organisations -and it requires rapid, radical systemic change to transform society, industry and politics in a just manner.

Photo by Riya Kumari from Pexels