The Path to and Beyond COP26: Why it’s Important and what needs to Happen Part I 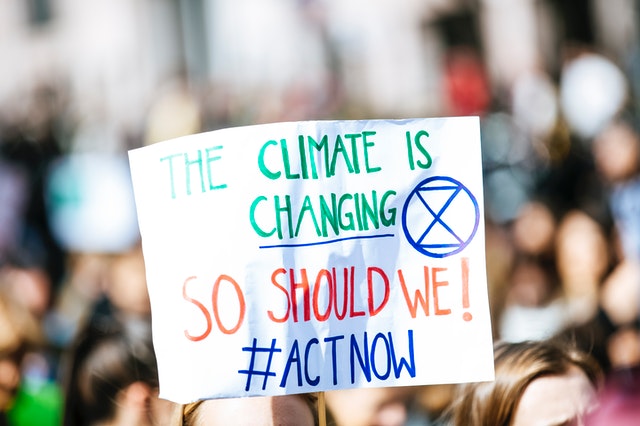 Part I: Time for planet-altering commitments

This article originally appeared on NatashaChassagne.com in October, 2021.

We are in the lead up to the most pivotal climate conference in history, from which the outcomes have the potential to either send us full throttle towards climate breakdown and biodiversity loss well beyond 2 degrees warming, or provide us with the last exit – one last chance to redeem humanity’s future and limit warming to below 1.5 degrees Celsius.

“We can either save our world or condemn humanity to a hellish future.”

The pressure on our global leaders from civil society to achieve the latter has never been so high. An overwhelming number of people around the world have listened to the climate science and now want those in power to act with urgency and resolve, rather than continue the conflated lip service we have heard from environmental negotiations over the past three decades.

What is COP26 and why is it important ?

The planet has already warmed by 1.1 degree since the beginning of the industrial revolution and the jury is out as to whether the 1.5 goal is still possible. In July this year global surface temperatures were the highest since records began in 1880. The IPCC 6th Assessment Report released in August found that global warming and sea level rise is happening much faster than scientists originally predicted.

Between 2019-21, we have witnessed an unprecedented number of extreme weather events around the globe. Instead of decreasing, CO2 emissions have reached historical levels in May 2021 at 419 parts per million. These figures only make it more crucial that we try everything within the realm of possibility to avert climate catastrophe. There are thus unprecedented expectations of the November conference.

In the lead up to COP26 there have been a number of key climate discussions at a multilateral level. In July, the G20 debated (albeit divisibly) the need for stronger climate action. In August, the UN General Assembly kicked off its 76th session with an assessment of the Sustainable Development Goals.

As host, the UK has mapped out four main goals for COP26, which include :

Thanks to Prime Minister Scott Morrison, Australia is reinforcing its role as the climate villain of COP26 for lack of commitments for robust action. Not only does Australia not have an NDC, missing the 31 July deadline set out in the Paris Agreement ; but Morrison has tried to convince the UK to scale back key climate commitments in the bilateral trade agreement, and suggested he might not attend the November meeting. As it stands, UN Secretary-General António Guterres warns that current NDCs will lead to a “catastrophic” rise of 2.7 degrees. This will imminently lead to rapid climate breakdown.

Why COP26 is not everything

The reality is that since global governance on curbing carbon and other atmospheric emissions began all those decades ago, the level of CO2 in the atmosphere has not decreased, but increased 40%. While we need strong governance and genuine policy commitments in place on a multilateral scale, we also need national governance that reflects the climate crisis, community-level cooperation to lead effective change on a daily basis, corporate buy-in to make transformation possible through technology and innovation, and organisations to act as mediators between these actors and call out agenda pushing.

The COP26 goal of ‘Working together’ must be a genuine commitment to including a wider range of voices at the table. In that respect, the (im)balance of power that has led climate action to date needs to change. I’ll explore what that might involve in part II.

Photo by Markus Spiske from Pexels