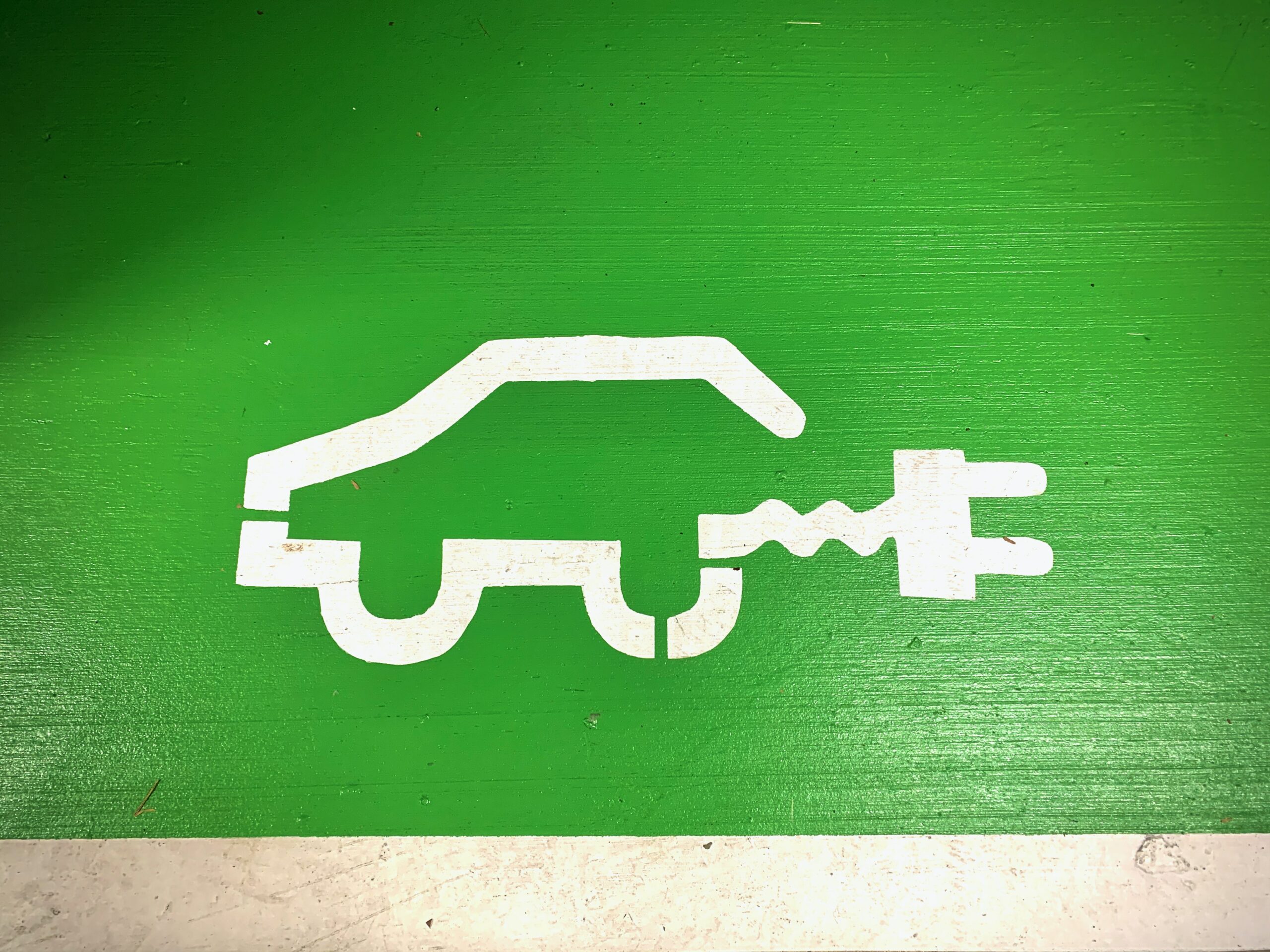 Albert Einstein supposedly said that “We cannot solve our problems with the same thinking we used when we created them.” This statement, made a long time before global warming, is acutely relevant today, not only in solving chronic health problems but also in solving systemic economic and environmental problems, including the climate crisis.

Today, innovating scientists and economic policy makers committed to maximizing profit margins promise that we can stop global warming with great inventions coupled with a free market to sell those great inventions. The electric vehicle (EV) is one such great invention. Just think Elon Musk and Tesla.

The reasoning goes something like this: The electric car is good for the environment. Electric batteries will eliminate car pollution, reduce our dependency on fossil fuels, and save the planet from global warming. All we need is enough cobalt and nickel to produce electric car batteries. We even know where we can mine those metals.

At the bottom of the Pacific Ocean, in the Clarion-Clipperton Zone (CCZ) between Hawaii and Mexico, lies enough of these minerals to fuel 4.8 billion electric cars. That’s twice as many cars as are driving on the roads today. Producing those cars would create a massive amount of economic growth while saving the environment at the same time.

The trillions of black nuggets that lie three miles deep in the dark, liquid womb of the CCZ contain enough nickel and cobalt to power our cell phones, computers and electric cars into the foreseeable future. That’s the technological and economic story told by the Metals Company, an Australian seabed mining operation with the capacity to vacuum those nuggets off the ocean floor. But not so fast.

“[Because] conservationists say doing so could unleash a cascading effect worse than the current trajectory of climate change,” writes Aryn Baker in Time magazine. Baker quotes Pippa Howard, director of the biodiversity-conservation organization Fauna and Flora International: “[These nodules have] living ecosystems on them. Taking those nodules and then using them to make batteries is like making cement out of coral reefs.”

If mining the ocean is too risky for the environment, what is the solution? We can continue to mine existing sources on land. By most estimates we have enough minerals in places like the Democratic Republic of Congo, Russia, Canada, Bolivia, and the Philippines, to name a few countries with large deposits of cobalt and nickel, to power the electric car revolution. Then there is Afghanistan, of course, with perhaps the largest, untapped deposit of them all.

But producing electric cars using cobalt and nickel-based batteries is not the only solution to our dependency on fossil fuels. We may not need to mine the ocean floor, after all. Electric vehicle (EV) producer Tesla, for example, has said that it plans to eliminate cobalt from its battery production in the next few years.

There are underlying challenges in all these approaches. One major issue is the sole focus on producing more EVs. This approach is an extension of the current growth-economy, which uses well intended environmental concerns to find quick techno-fixes while increasing profit margins for the investors. But as Einstein suggested, that’s using the same old thinking that drove us into this planetary ditch in the first place. So, if there are no quick fixes, then what is the solution?

The main problem, and thus the solution, lies imbedded in our economy, a system that relies on the speculative idea of infinite GNP growth.  Growing ourselves out of the fossil fuel problem by producing more EVs is simply repeating the mistakes of the past. “The faster we produce and consume goods, the more we damage the environment,” writes Giorgos Kallis, an ecological economist at the Autonomous University of Barcelona, in his manifesto, “Degrowth.”

“If humanity is not to destroy the planet’s life support systems, the global economy should slow down,” writes Vaclav Smil, Czech-Canadian environmental scientist in “Growth: From Microorganisms to Megacities.” Economists, he continues, have not understood “the synergistic functioning of civilization and the biosphere,” yet they “maintain a monopoly on supplying their physically impossible narratives of continuing growth that guide decisions made by national governments and companies.”

In an essay written in 1930 entitled “Economic Possibilities for Our Grandchildren,” economist John Maynard Keynes speculated that growth would finally slow down. By the year 2030, he projected, capital investment and technological progress would enable people to work as little as fifteen hours a week, spending the rest of their time on “non-economic purposes.” As our longing for more stuff faded, he predicted, we would recognize money “for what it is, a somewhat disgusting morbidity.”

Keynes was predicting the need for degrowth long before the movement became popular. He envisioned an economy in which people channel human energy into pursuits like arts, culture, leisure, sports and other activities high on the happiness curve but low on the economic growth curve. Today, degrowth economists are arguing that this will also save us from environmental peril. But this transformation has yet to happen.

If the solution to the crisis in transportation mainly lies in degrowth rather than maximum growth in the name of saving the environment, what are we to do? First, we need an interdisciplinary approach that involves better environmental policies, scientific innovations and cultural change, but we also need to fundamentally change the economic system itself.

The reforms Keynes suggested, mainly government regulation of markets, have not been enough to stem the pace of growth nor in reducing environmental destruction. Given the current situation, it is highly unlikely we will achieve Keynes’ degrowth utopia by 2030. We must dig deeper for more systemic solutions, especially economic ones. Green growth capitalism, we are learning, will likely never be green nor equitable enough. We need new policies, new economic designs.

Simply producing more EV vehicles is not a solution—it’s part of the problem. These policy suggestions include and go beyond EV production, focusing on both degrowth designs as well as long term economic systems change:

1 – Technological innovations: As Tesla has promised, new technological inventions can help reduce our dependence on cobalt and nickel for batteries in the future.

2 – Recycling: New and better methods for recycling the existing metals used in computers, cell phones, and cars need to be invented.

3 – Increased public EV transport: The public sector can help in reducing our reliance on private cars by creating an expanded network of public EV busses, trains, and trams.

4 – Increased use of bikes: In urban areas, the government need to invest in bike lanes to increase the ability to use bikes for pleasure rides and as transport to and from work.

6 – Fast rail systems throughout the country: Instead of building more roads for cars, build more rails for public transport.

7 – Increased renewable energy plants: The energy grid in most industrialized countries is mostly fueled by nonrenewable sources such as coal and gas. Therefore, we also need to dramatically increase the production of energy from wind, solar, wave, geo-thermal, and other renewable sources.

9 – Ecological economics: Advance an economy that values reciprocity and ecology rather than profit and growth.

10 – Decentralized economics: Design an economy rooted in local development and sustainable use of local resources.

11 – Restructured economics: The growth-economy has been unable to balance the needs for environmental sustainability with economic equality. Restructure from a shareholder economy to a stakeholder economy based on three triers: keep private businesses on a small scale, turn corporations into worker-owned businesses, let the government manage infrastructure, such as large renewable energy plants, and safeguard the ecology of the commons.

12 – New measure of progress: Progress needs to be measured not just in terms of improved living standard but primarily in terms of sustainability and wellbeing.

The legendary environmentalist and founder of the Sierra Club, David Brower said, “All inventions are guilty until proven innocent.” Some car companies, and even the World Bank, have started to think along the same lines. In March 2021, “BMW and Volvo joined other businesses in a joint statement to say that they would not buy any metals produced from deep-sea mining before environmental risks are ‘comprehensively studied,’” wrote Aryn Baker in Time Magazine.

While car manufacturers are racing to maximize profit on the exploding EV market, they will ensure a bright future for the electric car, with or without deep sea mining. But the future of the planet will not be so bright unless we start planning, designing, and restructuring private car travel and public transportation in more interdisciplinary ways. Economic degrowth must also be an integral part of the solution. But we also need smarter, greener growth. We need more trains, bikes, recycling and renewable energy plants, as well as car free urban areas. And finally, as Keynes prophesized, we need more free time to enjoy those bike rides and car free cities.