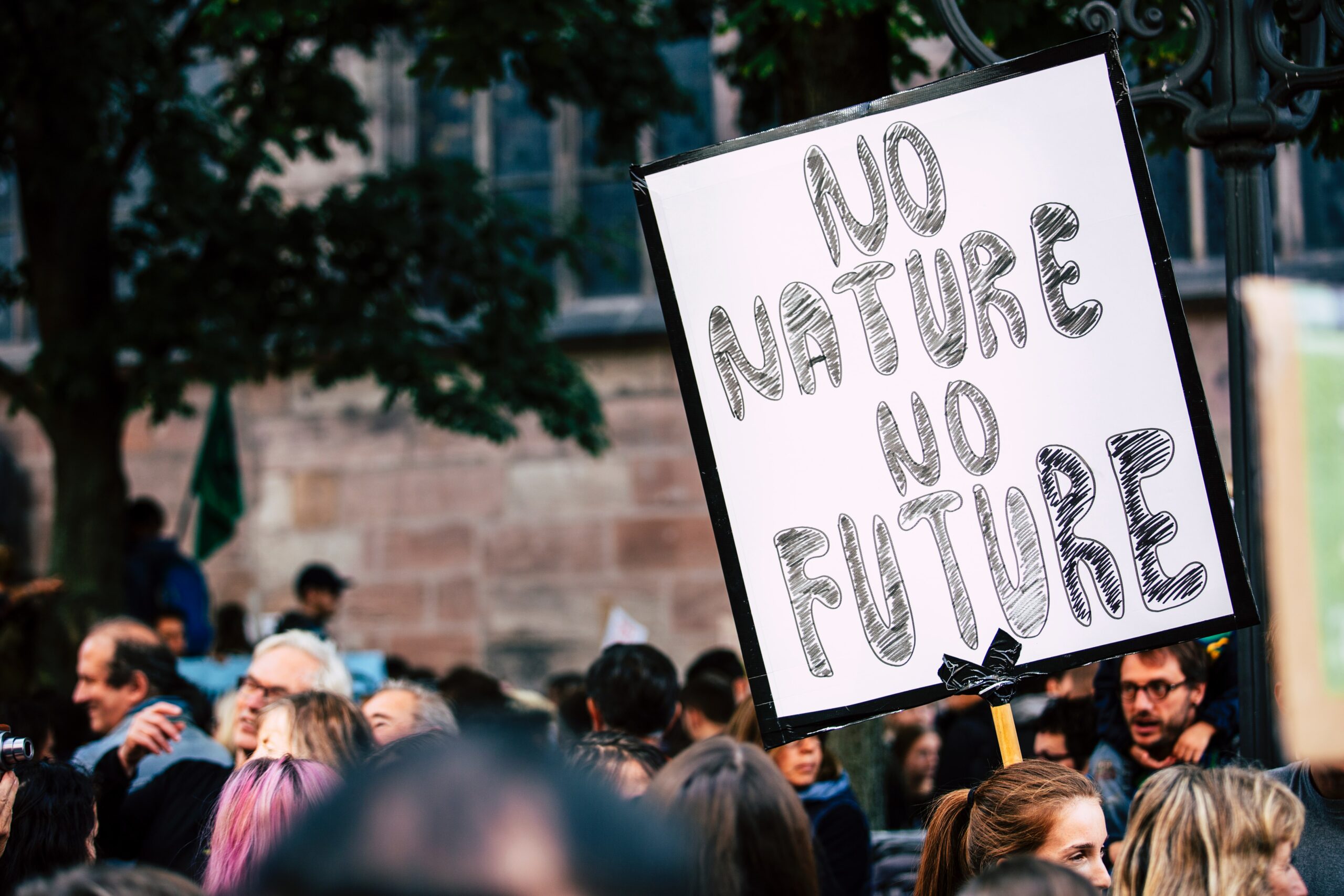 We hear a lot about the damaging effect global warming has, and will increasingly have, on the global economy. We are at a crucial environmental tipping point. Many scientists point out that now is the time to act—tomorrow will be too late. But very little has been said about the reverse: that the economy may be the main cause of the tipping point embedded in global warming’s breakdown of global ecosystems.

Certainly, global warming will negatively effect certain resources and thus reduce economic growth—but, ironically, few economists will admit that degrowth may be the only solution to solve climate change.

There is indeed a clear relation between economic growth and greenhouse emissions—both have increased dramatically since the 1960s, the same period neoliberal policies enacted less government regulation and increased mass production of consumer goods. In other words, our increased consumption is clearly linked to an increase in global temperatures and in climate change.
According to Climate Watch, the level of cumulative greenhouse gas emissions in the atmosphere has risen in close proportion to economic production as measured by GDP. Therefore, slowing the rate of economic growth will be the most effective way of lowering greenhouse gas emissions.

The main engine of the capitalist economy is profit and the main source of profit is economic growth. And the main source of capitalist growth in the past 100 years or so has been fossil fuels, without which we would never have seen the astronomical growth in GDP. And because fossil fuels are a major source of pollutants, there is a direct link between its increased use and greenhouse gasses, plastic trash in the oceans, acid lakes, and the whitening of coral reefs.

The problem is, however, that serious economic systems change is not on anybody’s global policy agenda.

Green capitalism, or sustainable economics, has been the response to this fundamental problem, but after forty years of green capitalism, the planet is only getting hotter and the environment only more polluted. A recent report by scientists has predicted that we are at a global tipping point—the glacial melting has already gone too far. There is no return to “normal” unless we tackle the problem head on by creating radical economic systems change.

The problem is, however, that serious economic systems change is not on anybody’s global policy agenda. Capitalism, even green capitalism, is only superficially tinkering with the systemic problems we are facing. In the words of environmental economist Herman Daly, “The rapid growth of the last 200 years has occurred because man broke the budget constrain of living on solar income and began to live on geological capital.”

“Some critics have claimed that degrowth is nothing more than a new version of austerity. But in fact exactly the opposite is true. Austerity calls for scarcity in order to generate more growth. Degrowth calls for abundance in order to render growth unnecessary.”

In other words, our economy has looked at the environment as a free and unlimited resource and as a bottomless sink hole in which we can dump our pollutants in. With global warming as the canary in the coal mine, we have suddenly realized that the planetary system is running out of resources and—if we do not radically change the way we look at wealth, use resources, and produce consumer goods—we will all, like the proverbial canary, slowly choke in our own
effluent excess. The main cause of that slow but sure extinction process: the economy. By 2020 our economic system was using more than 70% of the resources from nature than she can regenerate. Soon, we will hit a global tipping point of no return. The activists in the Extinction Rebellion movement have dramatically reminded us of that.

Since the current economy is on a collision course toward its own (and our) destruction, and it is based on unlimited profit and growth—what is the solution? Those favoring the current economy think of course that we can grow ourselves out of the problem. Smart green technology will save us, they say. Not so fast, says economist Jason Hickel. He thinks that the only solution is taking a different route, the one taken by nature itself: “Some critics have claimed
that degrowth is nothing more than a new version of austerity. But in fact exactly the opposite is true. Austerity calls for scarcity in order to generate more growth. Degrowth calls for abundance in order to render growth unnecessary.”

P. R. Sarkar, the Indian theorist behind the Progressive Utilization Theory (Prout), which advocates for a cooperative economy based on ethical values and ecology, said already in the 1960s that the main problem with capitalism is its “profit motive” and its impulse toward infinite material growth while using resources on a finite planet. Hickel, an influential voice in the Degrowth movement points out this very problematic predicament in capitalism in his most recent book, Less is More: “Even though we have known for nearly half a century that human civilisation itself is at stake, there has been no progress in arresting the ecological breakdown. None. It is an extraordinary paradox.”

So what is the solution to this paradox? Herman Daly suggests a “steady-state” economy in which there is growth, but only within the ecological limits of the planet’s carrying capacity. Kate Raworth’s Doughnut economic system advocates an economy that is “regenerative and distributive by design.” While Sarkar promotes an economy that creates “dynamic equilibrium.”

That is how natural systems work—they evolve and grow by thriving within their own natural boundaries.

As we develop the new systems change economy, progress will no longer be measured in material growth, but rather in increased quality of life, in cultural creativity and spiritual advancement. Sarkar also advocates for a dramatic restructuring of the economy itself, so that capitalist enterprises would not be allowed to grow beyond a certain scale and worker-owned coops would be the main driver of the economy. Prout thus offer both redistribution and regeneration by economic design. This kind of a systems change in the economy would allow degrowth, or slow growth, on the material level, but unlimited growth on the cultural and spiritual level.

We could then finally overcome the extraordinary paradox of the capitalist economy that Sarkar, Hickel, Daly, and Raworth have pointed to. By arresting ecological breakdown on a global scale, we can instead create growth that is humane, ecological, creative, regenerative, and redistributive. That would indeed be progress, because that is how natural systems work—they evolve and grow by thriving within their own natural boundaries. If our economy can enable that, then humanity can continuously grow, reinvent, and expand through art, music, culture, science, and spirituality. Now, that kind of dynamic equilibrium economy is a global tipping point worth aspiring to.