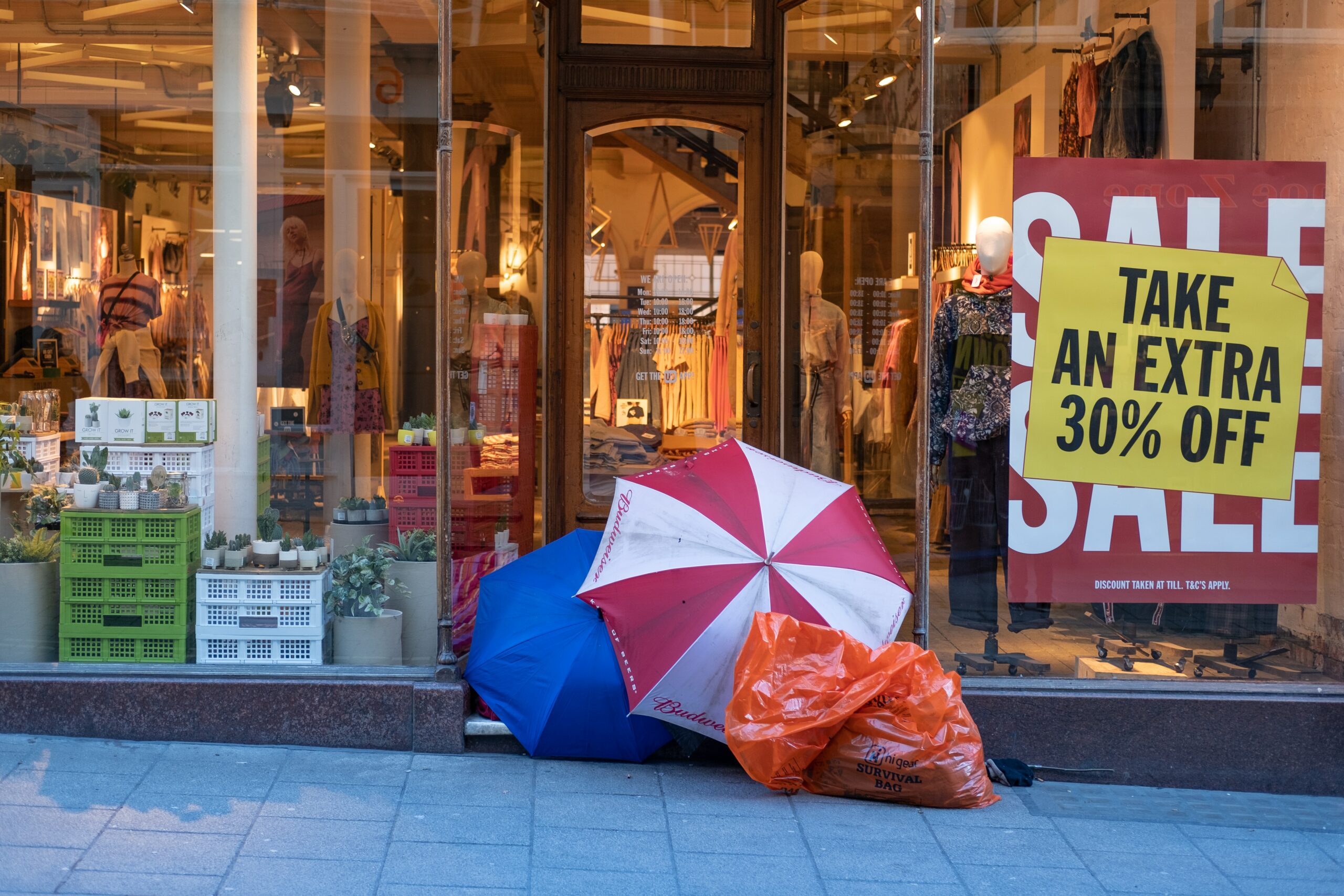 In American consumer culture there is an apt saying: “Shop, shop until you drop.” Not surprisingly, American household consumption amounts to about 70 percent of Gross National Product (GDP). On average, most countries spend between 50-80 percent of GDP on buying stuff–everything from iPhones to plastic toys, everything from pots and pans to electric tools.

Many consumer goods, especially all those made of plastic, have a Made in China sticker on them. Not surprisingly, as the world’s workshop, China surpassed the United States as the largest emitter of greenhouse gases on Earth in 2007. But if you analyze China’s per capita environmental footprint based on consumption, it is rather small compared to countries in the EU and North America.

Diana Ivanova, a PhD candidate at Norwegian University of Science and Technology’s Industrial Ecology Programme, says that China produces “a lot of products but they export them. It’s different if you put the responsibility for those impacts on the consumer, as opposed to the producer.”

“We all like to put the blame on someone else, the government, or businesses,” Ivanova says. “But between 60-80 per cent of the impacts on the planet come from household consumption. If we change our consumption habits, this will have a drastic effect on our environmental footprint as well.”

The Environmental Impact of Meat Production

Recent studies published in the Guardian found that “cows, pigs and other animals for food, as well as livestock feed, is responsible for 57% of all food production emissions, with 29% coming from the cultivation of plant-based foods. The rest comes from other uses of land, such as for cotton or rubber. Beef alone accounts for a quarter of emissions produced by raising and growing food.”

Producing beef requires lots of water, which is used in the cultivation of the grain that cows eat. Since cows are rather inefficient in converting grains into the meat, it takes on average about 15,415 liter of water to produce one kilo of beef.

Chocolate, however, which today is hailed as an antioxidant health food, is one of the most water-intensive products consumed. It takes a whopping 17,000 liter to produce one kilo of chocolate. Atul Jain, an environmental scientist at the University of Illinois, said to the Guardian that his vegetarian diet is more benign to the environment and “if people are concerned about climate change, they should seriously consider changing their dietary habits.”

It would certainly be better for the planet, as the two scientists suggest, if people in the United States, Norway and other rich countries would start eating a primarily plant-based diet and dramatically reduce consumption of plastics and fossil fuels. However, is it realistic to expect that individual lifestyle changes alone will have the needed impact on reducing CO2 emissions?

According to the activist organization Friends of the Earth, both individual changes and policy changes are needed. But “peoples’ ability to make the changes needed for a net-zero future are fundamentally dependent on the government shaping the right environment. For example, how can people take the train instead of flying when it is vastly more expensive? We need a frequent flyer levy to redress the balance and investment in lower train fares, as well as ensuring services are reliable and comfortable.”

Governments and corporations are indeed much more powerful in effecting consumer habits than individuals. A recent report released by Greenpeace USA reveals how consumer goods companies like Coca-Cola, PepsiCo, and Nestlé are driving the expansion of plastic production and threatening the global climate and communities around the world.

The report, The Climate Emergency Unpacked: How Consumer Goods Companies are Fueling Big Oil’s Plastic Expansion, exposes the business links between the world’s largest consumer goods and fossil fuel companies and the overall lack of transparency around emissions from plastic packaging.

An article by Morgan McFall-Johnson in the Insider states the issue even more bluntly: “At this point, personal lifestyle changes will not turn the climate crisis around. A report from the International Energy Agency, which lays out a path to a net-zero-emissions energy system by 2050, estimates that individual behavioral changes would only account for about 4% of the necessary reductions.”

As a culture and as individuals, we need to drop the meat and the online shopping addictions. But these lifestyle changes will not in themselves amount to systemic change on a global level. To believe that is to continue to be fooled by those who pollute and control our economy and consumption habits the most: the consumer goods and oil companies.

For years, these corporations have been telling us that it’s up to us to change and to recycle and to conserve while knowing full well the message was part of a greenwashed ad campaign to keep their profits rising.

Consumption: A Curse and a Blessing

To have even a 50% chance of stopping the world’s temperature from rising more than 1.5 degrees Celsius, according to a study published recently, 90% of coal and 60% of oil and gas reserves must stay in the ground.  Hence, individual consumer change is a band aid, not a long-term solution.

So, now that we know the solution—to reduce consumption—how do we achieve it? Reduced consumption and overall degrowth will not only reduce corporate profits—it will literally dismantle the current profit economy. And that is the main reason systemic change is not on any corporate agenda.

The green capitalism or sustainable development they have been practicing for four decades has not reduced consumption at all. Meanwhile, the planet and humanity’s future are caught in a corporate catch-22—doomed if we do, doomed if we don’t. Either through massive crisis or radical policy reforms—most likely both—change is bound to happen. And if we are to not only survive but also to thrive, these changes will have to be both systemic and regenerative, both global and local.

For an increasing number of scientists and ecological economists, the answer to this systemic dilemma is economic degrowth.  In the words of economist Jason Hickel: “It is irrational to hope, against the evidence, that our existing economic system will deliver the development outcomes we want while at the same time reversing ecological breakdown. We need to be smarter than that. Degrowth provides an empirically-informed alternative: a pathway to reducing excess resource and energy use while at the same time ensuring flourishing lives for all. Given the stakes of the crisis we face, we should be open to fresh thinking.”

The blessing of reduced consumption through degrowth is that the economy will grow in wellbeing rather than in material production and consumption. The economy will ensure increased employment through reduced working hours, better health care and educational opportunities, and longer vacations. In short, degrowth will increase the wellbeing of both people and planet.