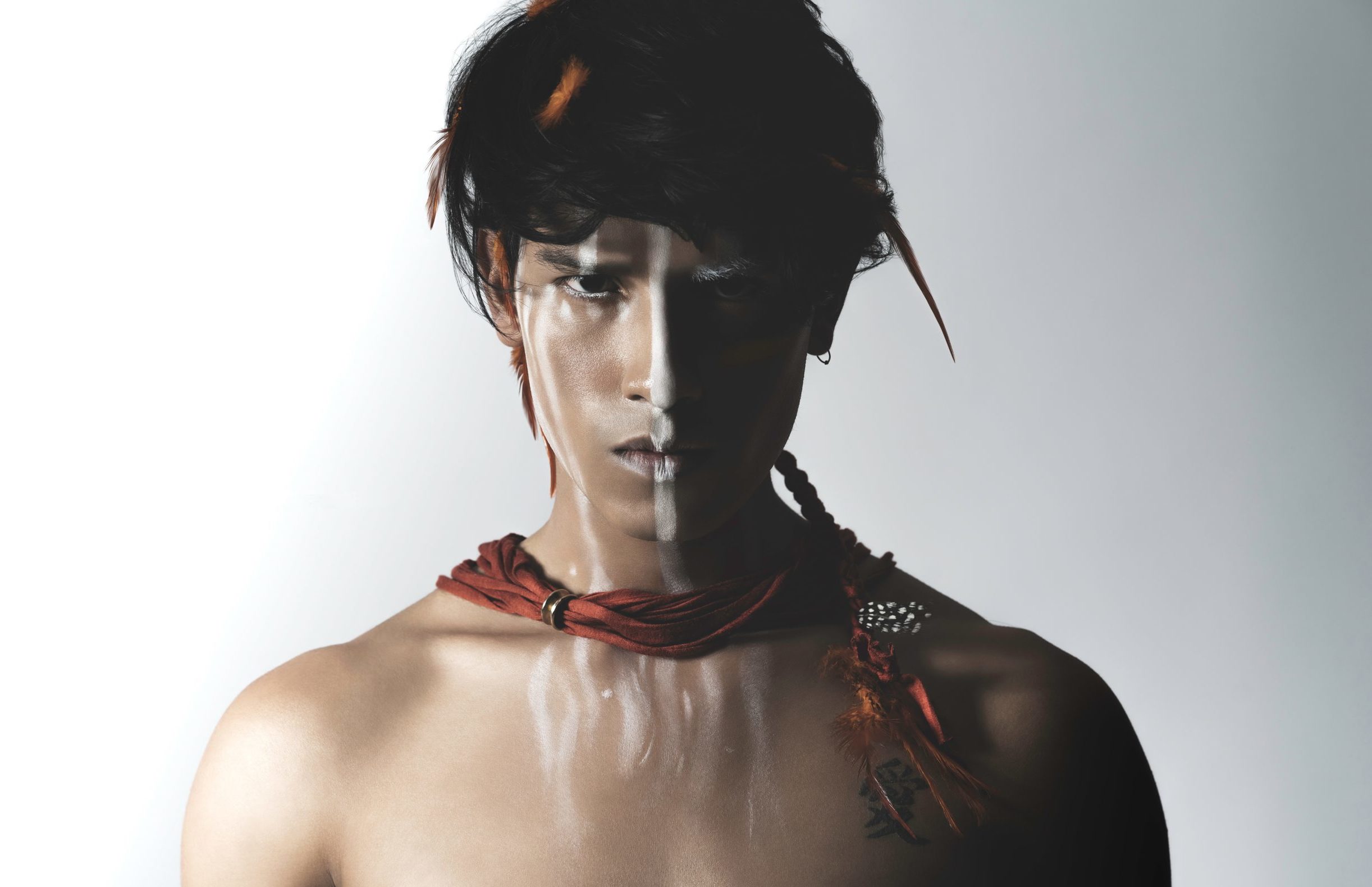 In Behave: The Biology of Humans at Our Best and Worst, biologist and best-selling author Robert Sapolsky explores in depth the questions of why human beings behave as they do, and what we should do with that knowledge to move towards a better world.

Tired of the nature vs nurture debate, the author decided to take on the massive endeavor of tackling the causes of human behavior. What possesses someone to do anything? It turns out that the answer is relative to the time frame in which you analyze any human behavior. In the second before it happens, you should be looking to the nervous system, in the minutes before, to sensory cues from your environment and from your own body, in the hours and days before, to the endocrine system with all its hormones, and so forth. You look backwards to neuron plasticity, brain development, what happened while you were still in the womb, to your genes, your environment, all the way back to the evolutionary history of the human species.

In short, and in the author’s own words: “It’s complicated.” There are so many intervening factors influencing behavior, and with many of them modulating and influencing each other in turn, there are no easy answers. We humans are complicated animals, with the ability for atrocity and savagery but also for outstanding altruism, kindness, and compassion.

The book is full of food for thought and insights that will help shed light on your own behaviors and those of others around you, and maybe even help you become a bit more understanding towards them. For instance, being hungry really does make people grumpy and less charitable, and a real-world example is that judges are far more likely to grant parole to prisoners just after they ate. The frontal cortex, responsible for the willpower to do the right thing, takes metabolic power, and if you are faced with a demanding task on an empty stomach you are less likely to be generous to your fellow humans as you deal with it and for a while afterwards.

Also, your political stance as liberal or conservative is much more likely to be related to your personality traits than to the actual political propositions of your party of choice. If you have a lower threshold for visceral disgust and are more averse to risk (and were more reluctant to playing with new toys as a child), you are more likely to be a conservative adult.

More sensitive issues are also tackled, such as our propensity towards divisiveness. It appears that we have an innate tendency to categorize people into Us vs Them and to favor the former. The divisions can be based on anything, religion, race, gender, or your football team, and we will identify with several Us groups at the same time. But their relative importance can shift quite quickly: show people pictures of human faces and the amygdala (a part of your brain associated with fear and aggression) is more likely to activate when seeing other racial faces. But now ask them to categorize the faces they see according to whether they are likely to enjoy a certain vegetable, and the amygdala no longer activates. As long as we are prompted to see others as individuals and relate to them on a basic level, imagine them grocery shopping just like we do, and our reactivity to them is immediately lowered. When you view people as part of a group, it is much easier to see them as a threat.

It also shows us that you can find the basis for our sense of fairness in the natural world, especially in other primates and even in dogs. Capuchin monkeys will refuse to work for unfair and unequal pay: a monkey will refuse to complete a task for a boring cucumber if he can see his next-door neighbor receive a delicious grape for doing the exact same thing. However, we have exacerbated certain primate characteristics to new heights. Other social primates also have hierarchies, and low-ranking individuals are more stressed and less healthy. In humans, with the invention of socioeconomic status, the status/health relationship is prevalent.

“When humans invented material inequality, they came up with a way of subjugating the low ranking like nothing ever before seen in the primate world,” he writes.

Every chapter of the book is backed up by extensive research and the author imparts to us the findings of dozens of scientific studies in such an engaging manner that you won’t even notice that they were originally “boring” and technical research papers. He will also sometimes throw in a footnote just to tell you a joke.

All the while addressing conflict, authority, resistance, morality, empathy, peace, you name it, he covers it all. He even touches upon the sensitive subject of human free will. If you believe in it, you will be laughing nervously at how much sense the author’s argument against it makes. I know I was. However, the most interesting thing about it is that the author, a self-proclaimed atheist, assumes that his choice makes no biological sense, since spirituality and religion are nature’s stress relievers and faith of any kind has been proven to increase our lifespan[i].

Another really good argument that the author does not mention is the gradient of agency we find in living things. If you want to attribute free will (or even an immortal soul) to living beings, at what point in evolutionary history did they arise? Until very recently it was a huge taboo in science to mention emotions and a theory of mind in animals, and it is still controversial to this day. Humans are obviously not the only special snowflakes capable of joy or sadness, we might have more complex ones but again, it is a gradient[ii]. If humans have free will, do chimps, elephants have it? What about a fish? Where do we actually draw the line? If we cannot attribute free will to other animals there is no reason to do it to ourselves. Buddhist philosophies say that all animals have a mind to the same extent that humans do, but relatively recent discoveries prove that trees and plants also communicate, support each other and are capable of learning[iii]. What of trees then? Do they have a mind and free will?

He also mentions that even though deep down he doesn’t believe in free will, he is not able to live his everyday life as if he had none. Some of the most influential neurological studies used to defend the absence of free will have been refuted in recent years[iv], but many other discoveries on factors that influence behavior, as the book points out, make it apparent that this question is far from getting a definitive answer.

This book is about the (known) biology behind human behavior. It does not explain everything at the moment, and what we do know is quite complicated, with many intervening factors and a lot of variability. The author thinks, however, it eventually will explain everything, as science advances and new discoveries arise.

But what should we do with all this knowledge that science has given us? How can we use it to make a better world? Can it help us address concrete issues, such as what to do about our justice system? To give you a little hint on the author’s stance: a couple centuries ago, schizophrenia was not recognized as a disease, and people that murdered during schizophrenic fits were considered evil and punishable as such. What will future humans think of our current systems when they look back under the light of future scientific discoveries?

In this brilliant book, Robert Sapolsky not only helps us to understand, empathize and hope but also points out which findings can practically help us move forward towards a more peaceful society. To illustrate that possibility, I will leave you with the words of the author:

“Eventually it can seem hopeless that you can actually fix something, can make things better. But we have no choice but to try. And if you are reading this, you are probably ideally suited to do so. You’ve amply proven you have intellectual tenacity. You probably also have running water, a home, adequate calories, and low odds of festering with a bad parasitic disease. You probably don’t have to worry about Ebola virus, warlords, or being invisible in your own world. And you’ve been educated. In other words, you’re one of the lucky humans. So try.”

[ii] Safina, Carl (2016) Beyond Words, Picador – A great book on animal minds: while less scientific, it draws mostly on the non-peer-reviewable experiences of scientists and conservationists who interact with animals more closely than anyone else on a daily basis

[iv] Gholipour, Bahar (2019) A Famous Argument Against Free Will Has Been Debunked, The Atlantic, available at: https://www.theatlantic.com/health/archive/2019/09/free-will-bereitschaftspotential/597736/