The Path to and Beyond COP26 : Why it’s Important and what needs to Happen Pt II 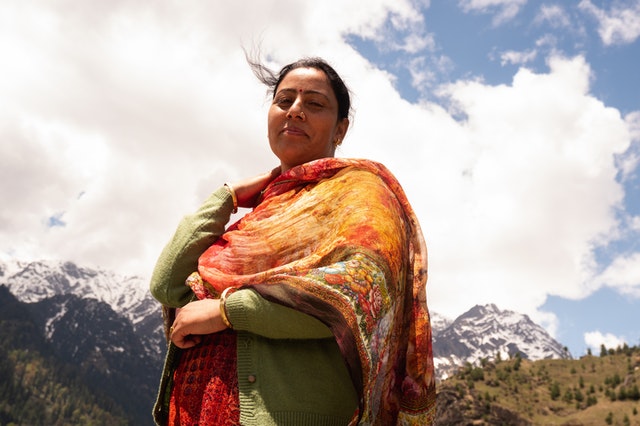 In my last post, I looked at why COP26 is important for our climate future. Nonetheless, global efforts will mean nothing if not everyone has a seat at the table. In that respect, the fourth goal of COP26 ‘Working Together’, cannot simply be an empty symbolic gesture or conflated lip service to include marginalised groups in negotiations, it will have to be followed by key historical political commitments to shift the balance of power in climate policy and action. If COP26 becomes another cog in the machine of neoliberal climate diplomacy nothing will change. The first responses must be systemic and structural. All paths forward will rely on wholesale systemic change.

The reality is that G20 countries are responsible for 80 percent of all climate emissions. The neoliberal approach to climate change and sustainability has not worked so far. Historic development policies have led the world into this rabbit hole of unequal consequences that have inflamed a climatic response to emissions output, linked to the rise and domination of fossil fuels.

Global international development has been somewhat of a sheep in wolf’s clothing. On the one hand promising to bring every society to the same standards of development of the West, and on the other allowing countries in the Global North to pillage the natural resources of those in the Global South, which has resulted in more economic injustices than letting those societies ‘develop’ on their own terms.

This historic and accepted practice of richer nations raping the earth in poorer nations to augment and continue wealth accumulation in the name of ‘economic growth’ has shown to be a major (if not the worst) culprit in the climate disaster. The extraction, exploitation and exportation of natural resources – not only fossil fuels, but also large-scale water, wood, cement, sand and other natural resources – has hands down been the biggest contributor of climate change according to the science. The intention, however, is linear: take from resource rich, economically poor countries and give to economically rich countries who are resource-intense users. This has to change, but it cannot unless those who have been on the receiving end of its consequences have a privileged seat at the table.

The mainstream notion of Sustainable Development recognises that changes must be made, that we must move away from a fossil fuel economy, but the structures and systems that keep power in place are still rampant. In that respect, if real transformative change is to be achieved post-COP26, it is acceptable to ask: is this the end of Sustainable Development (as we know it)?

We have the potential to find sustainable solutions and transformatively change the way society views its role in nature.

Genuine, transformative and effective solutions will require more voices at the table. This means that the way we have known and practiced ‘development’ around the world will need to change to become more inclusive, more equitable, and consequently less taxing on the environment.

A balance of power towards the groups that have historically been excluded (especially Indigenous, traditional communities, and women) or had their voices ‘white-washed’ in climate negotiations to include more socially and ecologically just approaches or even alternatives to Sustainable ‘Development’ will be an unequivocal factor in finding effective solutions going forward. Strengthening the trust between people and global diplomatic actions can be achieved by this inclusivity, as can maintaining an element of hope.

By decolonising knowledge and approaches to how we interact with the environment, we have the potential to find sustainable solutions and transformatively change the way society views its role in nature from one that has a right to dominate and exploit nature for the satisfaction of human desires, to one that sees its own wellbeing as impacted by the health of the environment and as such seeks to act as a caretaker of environmental rights and wellbeing.

This decolonisation includes centring valuable intelligence from Indigenous peoples, women, and people of colour (who are generally on the margins of knowledge in policy, but who have a historical record of being at the centre of environmental impacts, otherwise called intersectional environmentalism) in policy and decision-making for climate change and environmental management. Indigenous peoples in particular have not only innovation solutions that focus on collective outcomes, but have unique knowledge of the land and how to live in harmony with nature.

The use and exploitation of fossil fuels are a primary driver, that is sure and scientifically proven, but other extractive sectors have a gigantic responsibility in pushing us into a climate emergency. These industries prop up the consumerist society and support throw-away cultures that have a growing disconnect between spontaneous, self-indulgent or convenient whims, the natural source of the product and how it ultimately impacts the earth – think of the dire state of water and food (in)security, and the global impacts of deforestation on air quality, biodiversity and climatic events.

Indigenous peoples in particular know that all interactions with the environment have an equal or greater reaction on humans, and so the capitalist level exploitation of (note: not use of) all natural resources must be curbed significantly. In concepts like Buen Vivir, Indigenous knowledge also interacts and cooperates with other knowledge such as Western technical knowledge to co-create solutions that pursue the same goal.

I will say it again, this inclusivity cannot be a mere symbolic gest. The Indigenous groups who have and will be travelling to Glasgow are expecting to be heard, and to have their concerns and solutions included and highlighted in negotiations. At this point in history, we have more to lose than to gain by continuing down the dominant path to climate action.

People in societies everywhere are bound by their own access to power within political systems that may or may not support community-led processes. Where vital progress will be made is where governments, both national and local, create the structures and systems for allowing communities not only to become involved in decision-making, but also in leading the decisions around their local environments and communities.

While COP26 will be a pivotal moment in climate diplomacy for the future of our planet, it must be accompanied by a decolonisation of knowledge to allow and prioritise other voices and knowledge in solutions going forward.

For many communities this will take not just political will, but educational and advocacy campaigns to get people involved in scenarios where they have traditionally let people in power lead the charge. Still, it starts with political will and systemic change. In frameworks like Buen Vivir this might look like local governments prioritising a cross-section of different community voices to be key decisionmakers, driven by Indigenous knowledge. This can be played out in participatory budgeting models and peoples’ assemblies. The point is people are at the core of climate action and should be prioritised as such.

So, to summarise, while COP26 will be a pivotal moment in climate diplomacy for the future of our planet, it must be accompanied by a decolonisation of knowledge to allow and prioritise other voices and knowledge in solutions going forward. Transformative change will be closer if we do so, but this will also need to be accompanied by a change in the global economic system. Some say it is already underway, other say not anywhere near as radical or as fast as it needs to be. I will discuss this in the final post of this series on COP26.

Photo by robin thakur from Pexels