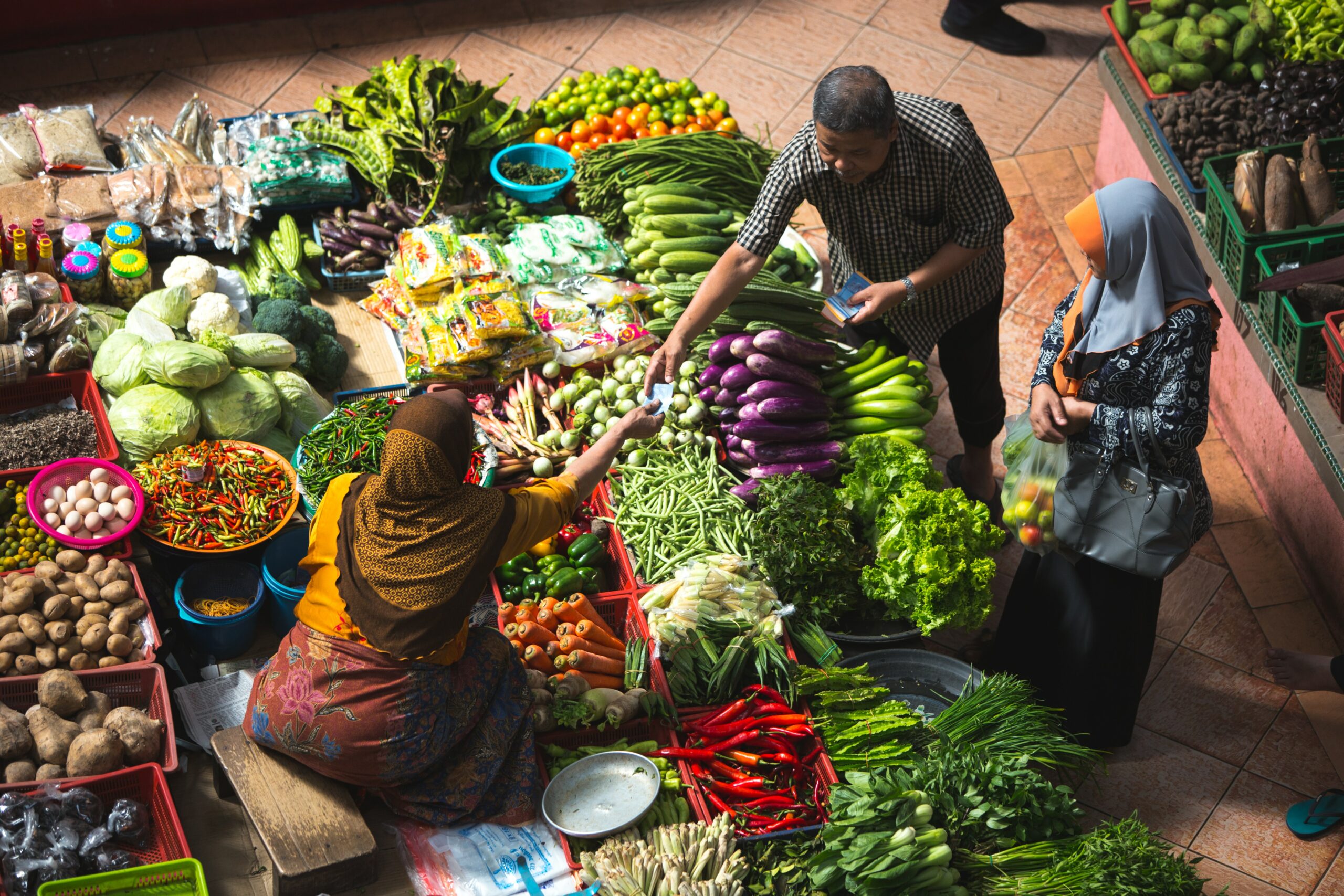 The Promise and Pitfalls of Localism

The fact that the language of localism is being increasingly co-opted by authoritarians around the world is itself a sign of localism’s appeal. Left uprooted and adrift by the globalized economy, people are desperate for a sense of connection: to one another, to the living world, to a place and a culture that’s familiar to them. Demagogues from Donald Trump to Marie Le Pen to Jair Bolsonaro have capitalized on this longing and turned it towards nationalistic and bigoted ends.

We cannot eliminate the natural human desire for rootedness. Instead, we need to make a very clear distinction between localism and nationalism.

For most of our time on this planet, we evolved in intergenerational communities, closely bonded to the land, to the plants, to the animals around us. Instead of being dependent on distant, anonymous institutions and businesses, we depended on one another in human-scale structures and institutions. Localism taps into this deep need for community and a sense of place.

Nationalism, on the other hand, destroyed our sense of interdependence with human-scale community and the living environment. Boundaries that ignored natural bioregional and cultural connections were forged by elites to create new artificial identities that promoted centralized power and, in many cases, the war machine.

To restore localized structures, we will need to enact a series of systemic changes to the way the global economy functions. Doing this would reduce or eliminate psychological as well as economic insecurity, and greatly lessen the appeal of authoritarian leaders, who prey on these insecurities and use them to their advantage.

The faux-localism of “us vs. them,” I have found, only emerges after genuinely community-based localism has broken down. It is a pale shadow that can only thrive in the absence of the real thing. I spent decades of my life in Ladakh, India, and witnessed firsthand what happened when the region was opened up to the global economy. The economic base of society veered sharply from self-reliant agriculture to jobs in government and tourism. People were pulled away from decentralized villages into the capital. Buddhists and Muslims who had previously lived in an interdependent economy were now pitted against each other over scarce employment opportunities. At the same time, exposure to the Western consumer culture—mostly through advertising and tourism—led to feelings of cultural and individual inferiority. One of the results of this upheaval was the sudden emergence of violence and tension between Buddhists and Muslims which had never previously existed in Ladakh. Physical dislocation, the breakdown of community, and psychological as well as economic insecurity—all products of economic globalization—bred intolerance. These same factors are now causing similar problems around the world.

Because of this, big-picture activism will be necessary to plant the seeds and tend the shoots of a genuinely liberatory and regenerative localism. We need to raise awareness about the fact that governments are subsidizing and deregulating multinationals, while punishing individuals and place-based businesses within the national arena with heavy taxes and onerous regulations. We need to press for changes in taxes, subsidies, and regulations, in order to shift support from large and global businesses towards those small local and regional businesses that will form the bedrock of the economies of the future. At the same time, grassroots activism will be needed to help reconnect people with the communities from which they have become alienated, and to amplify the voices of indigenous peoples and others who have preserved the knowledge of how to live truly place-based lives.

What I am building toward here is a two-pronged theory of change that I often describe with the words “resistance and renewal.” It is at once “top-down” and “bottom-up.” Resistance to corporate rule at the policy level will need to be coupled with the generation of alternatives from below, to fill the gaps left by the departing old system. This is not about ending global trade or industrial production, but for most of our needs, we will need to shift towards smaller scale and more localized structures: decentralized, community-controlled renewables for energy, revitalized local food systems to feed us, and robust local business environments to employ more people and keep wealth from draining out of our communities.

We can begin this process without national governments on our side. Indeed, it is unlikely that they will jump on this bandwagon before it has already become unstoppable. Instead, we should look to local governments for solidarity. Mayors and local councils are already realizing what higher levels of government have not: that economic and political self-determination go hand in hand. Community rights ordinances, public banks, innovative local food purchasing programs—there are countless models showing how local governments can support local resilience.

The key to integrating these two “prongs” of resistance and renewal lies therefore in building a sense of civic engagement beyond the ballot box. Consumer culture would have us think of ourselves as discrete individuals driven by self-interest, with no allegiance to anything larger than ourselves. But countless initiatives that are rebuilding community connections and deeper relationships to the natural world are already proving effective in reducing depression, anxiety, friction, and violence. And by revitalizing town squares and main streets and reinvigorating the public sphere, local empowerment gives the lie to the message of separation. We must leverage all the tools and passions of local activists, consumers, producers, and local enterprises, to show what is possible when we act in solidarity with our neighbors. We must demonstrate that local economies work, and work well, and then build from there.

Scaling Sideways and Up

The one global problem that looms above all others is, of course, climate change, so it makes sense to ask what the program of economic localization I have just outlined can offer on that front. For one thing, the volume of global trade—which currently accounts for 4% of the world’s carbon emissions and is set to rise to 17% by 2050 under current trade rules—would be curbed in an economically localized world. For another, moving from the industrialized, global food system to more localized, diversified food economies would not only allow soils to sequester carbon rather than eroding into the sea, it would also liberate us from the yoke of multinational corporations and massively reduce our dependence on plastic and fossil fuels. The creation of interdependent, local food economies would also mean that biodiversity—both wild and agricultural—would no longer be sacrificed on the altar of corporate profits. A further benefit is that both the scale and the impact of climate-driven migration would be blunted by the emergence of more resilient local economies across the global North and South. Even in the absence of formalized coordination among the world’s localization movements, the whole would be—and in many places, already is—greater than the sum of its parts.

There are a number of networks of localist movements already in existence, from La Via Campesina and the Global Ecovillage Network to permaculture and the Transition Network. In these alliances, channels of cross-initiative communication are being opened up, not just for the purpose of information-sharing, but also for direct collaboration—and, in some cases, for the hashing-out of differences of opinion regarding future steps. We will have to bear in mind the lessons learned through the processes of engagement within these networks if we wish to scale the localization movement “sideways and up” in any coordinated fashion—for example, to tackle the climate crisis or trade policy at the level of international institutions.

In the meantime, the seeds of our local future continue to be planted every day. My organization, Local Futures, has collected some of the most inspiring and successful examples in our Planet Local library. As the fault lines in the global economy continue to grow, and the desire for genuine human connection becomes ever more keenly felt, these existing initiatives will provide direction as well as inspiration, and stand as a compelling alternative to the faux-localist path of violence, fear, and hate. 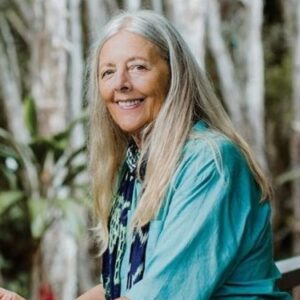 Helena Norberg-Hodge is a pioneer of the local economy movement. She is a widely respected analyst of the impact of the global economy and international development on local communities, local economies, and personal identity, and is a leading proponent of ‘localization’, or decentralization, as a means of countering those impacts. Her most recent book, Local is Our Future: Steps to an Economics of Happiness has been described by author David Korten as a “must read for our time.” The Earth Journal counted Helena among the world’s “ten most interesting environmentalists.” Since 1975, she has worked with the people of Ladakh, or “Little Tibet”, to find ways of enabling their culture to meet the modern world without sacrificing social and ecological values. For these efforts she was awarded the Right Livelihood Award, or ‘Alternative Nobel Prize’. She was awarded the prestigious Goi Peace Prize in 2012.