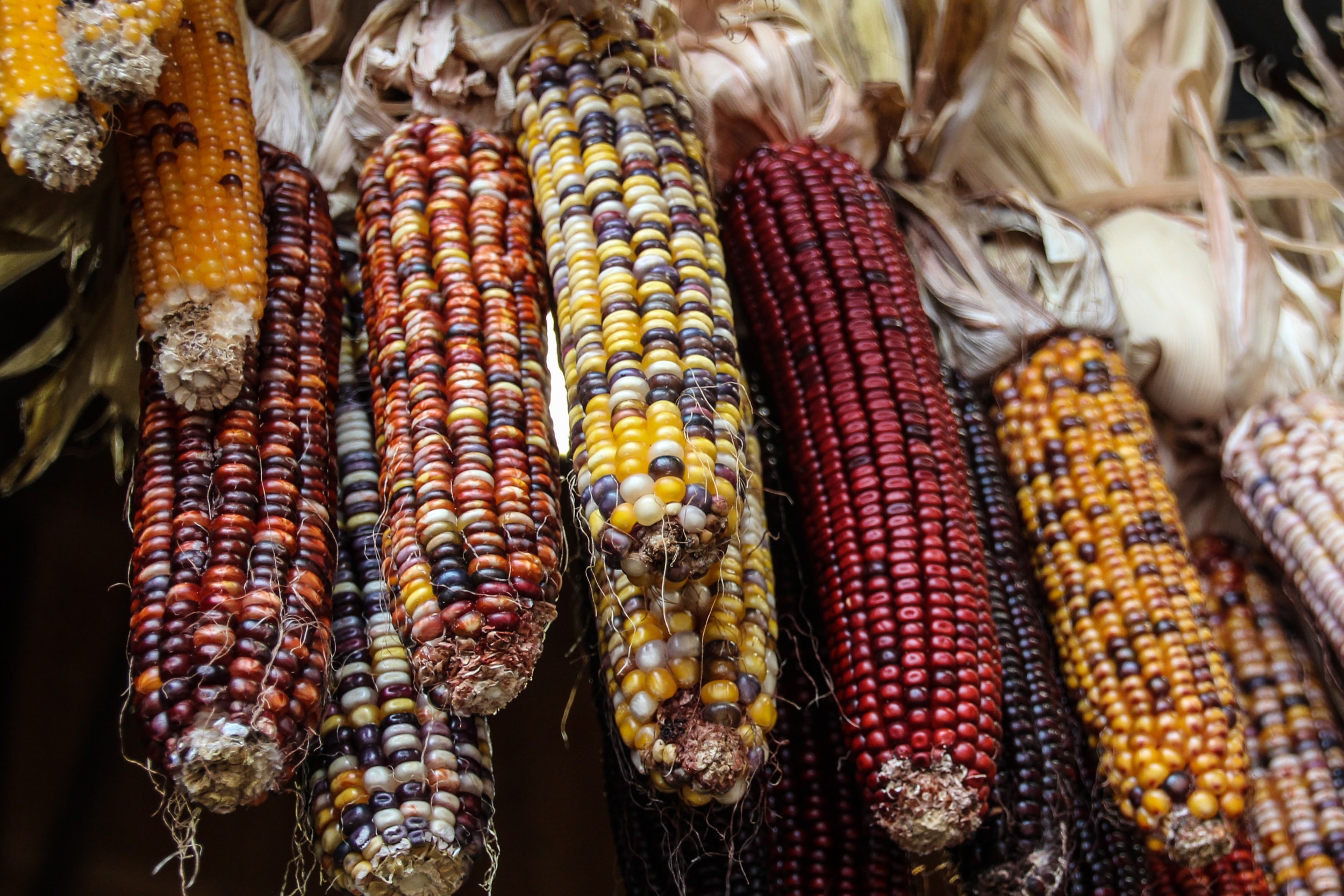 Expand the commons to include everything we need.

In the commons, we care and share—for the Earth and each other. We are conscious of nature’s ecological limits, which ensure her share of the gifts she creates goes back to her to sustain biodiversity and ecosystems. We are aware that all humans have a right to air, water, and food, and we feel responsible for the rights of future generations.

Enclosures of the commons, in contrast, are the root cause of the ecological crisis and the crises of poverty and hunger, dispossession and displacement. Extractivism commodifies for profit what is held in common for the sustenance of all life.

Air is a commons.

We share the air we breathe with all species, including plants and trees. Through photosynthesis, plants convert the carbon dioxide in the atmosphere and give us oxygen. “I can’t breathe” is the cry of the enclosure of the commons of air through the mining and burning of 600 million years’ worth of fossilized carbon.

Water is a commons.

The planet is 70% water. Our bodies are 70% water. Water is the ecological basis of all life, and in the commons, conservation creates abundance. The plastic water bottle is a symbol of the enclosures of the commons—first by privatizing water for extractivism, and then by destroying the land and oceans through the resulting plastic pollution.

Food is a commons.

Food is the currency of life, from the soil food web, to the biodiversity of plants and animals, insects and microbes, to the trillions of organisms in our gut microbiomes. Hunger is a result of the enclosure of the food commons through fossil fuel-based, chemically intensive industrial agriculture.

A History of Enclosure

The enclosure transformation began in earnest in the 16th century. The rich and powerful privateer-landlords, supported by industrialists, merchants, and bankers, had a limitless hunger for profits. Their hunger fueled industrialism as a process of extraction of value from the land and peasants.

Colonialism was the enclosure of the commons on a global scale.

When the British East India Company began its de facto rule of India in the mid-1700s, it enclosed our land and forests, our food and water, even our salt from the sea. Over the course of 200 years, the British extracted an estimated $45 trillion from India through the colonial enclosures of our agrarian economies, pushing tens of millions of peasants into famine and starvation.

“We receive our seeds from nature and our ancestors. We have a duty to save and share them, and hand them over to future generations in their richness, integrity, and diversity.”

Our freedom movement, from the mid-1800s to the mid-1900s, was in fact a movement for reclaiming the commons. When the British established a salt monopoly through the salt laws in 1930, making it illegal for Indians to make salt, Gandhi started the Salt Satyagraha—the civil disobedience movement against the salt laws. He walked to the sea with thousands of people and harvested the salt from the sea, saying: Nature gives it for free; we need it for our survival; we will continue to make salt; we will not obey your laws.

The chemical industry is enclosing the commons of our seeds and biodiversity through “intellectual property rights.” Led by Monsanto (now Bayer) in the 1980s, our biodiversity was declared “raw material” for the biotechnology industry to create “intellectual property”—to own our seeds through patents, and to collect rents and royalties from the peasants who maintained the seed commons.

Reclaiming the commons of our seeds has been my life’s work since 1987. Inspired by Gandhi, we started the Navdanya movement with a Seed Satyagraha. We declared, “Our seeds, our biodiversity, our indigenous knowledge is our common heritage. We receive our seeds from nature and our ancestors. We have a duty to save and share them, and hand them over to future generations in their richness, integrity, and diversity. Therefore we have a duty to disobey any law that makes it illegal for us to save and share our seeds.”

I worked with our parliament to introduce Article 3(j) into India’s Patent Law in 2005, which recognizes that plants, animals, and seeds are not human inventions, and therefore cannot be patented. Navdanya has since created 150 community seed banks in our movement to reclaim the commons of seed. And our legal challenges to the biopiracy of neem, wheat, and basmati have been important contributions to reclaiming the commons of biodiversity and indigenous knowledge.

So, too, with water. When French water and waste management company Suez tried to privatize the Ganga River in 2002, we built a water democracy movement to reclaim the Ganga as our commons. Through a Satyagraha against Coca- Cola in 2001, my sisters in Plachimada, Kerala, shut down the Coca-Cola plant and reclaimed water as a commons.

Ecological civilization is based on the consciousness that we are part of the Earth, not her masters, conquerors, or owners. That we are connected to all life, and that our life is dependent on others—from the air we breathe to the water we drink and the food we eat.

All beings have a right to live; that is why I have participated in preparing the draft “Declaration of the Rights of Mother Earth.” The right to life of all beings is based on interconnectedness. The interconnectedness of life and the rights of Mother Earth, of all beings, including all human beings, is the ecological basis of the commons, and economies based on caring and sharing.

Reclaiming the commons and creating an ecological civilization go hand in hand.