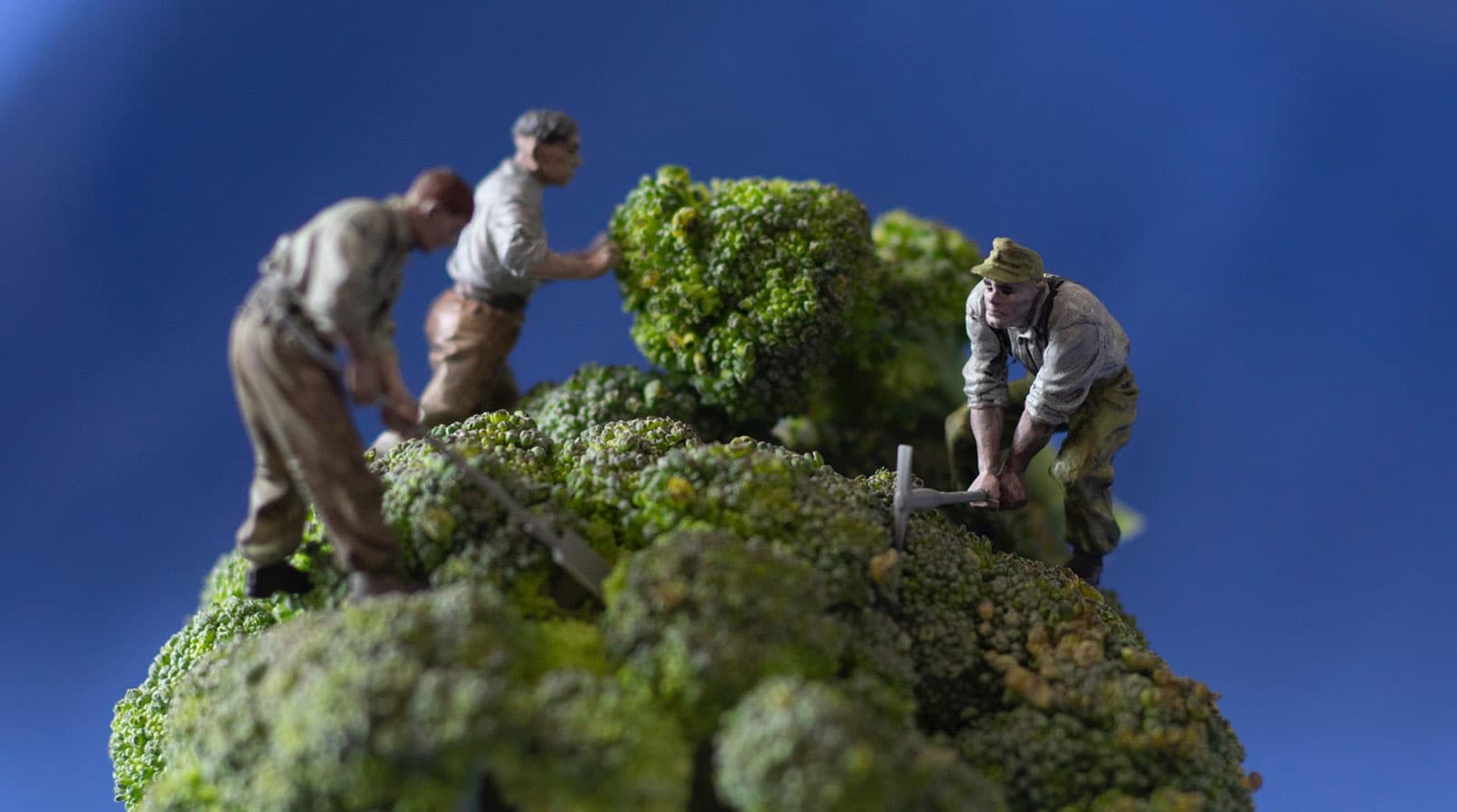 Since you got attracted to this article, you probably feel quite strongly that the world needs to change and have realized that the problems we are facing will not be solved by taking only individual responsibility and action. The systems our society are rooted upon do not allow the planet or humankind to thrive, so there is a real need for profound systems change. However, this task can seem daunting in its magnitude. But the fact is, despite many things still remaining the same, there are also many projects and initiatives around the world that are exploring alternatives and serve as inspiring examples of how we can live differently while supporting one another. Read on for a list of heartwarming projects making real impact in their communities.

La Via Campesina is a global movement representing the voices of peasants, small farmers and agricultural workers from all around the world. All people are represented, including minorities and marginalized groups, such as rural women and youth, indigenous people and migrants. The movement was founded in 1993 in Belgium by a group of farmers’ representatives from four continents, at a time when concerns about the globalization of agribusinesses and agricultural policies were rising among small scale farmers. They saw the need for union and solidarity to make their voices heard, and today La Via Campesina represents around 200 million farmers.

The grassroots movement advocates for peasant agriculture, and for the role of local food sovereignty in promoting social justice and dignity, and it strongly opposes transnational corporate agriculture that harms nature and social relations. The organization also strongly defend women’s rights and the importance of their role and struggle as the producers of 70% of the food on earth, so that they and the rest of us can be free from all forms of oppression.

The purpose of this eco-city in India is to realize human unity by becoming a universal town where men and women of all countries can live in peace and progressive harmony above all creeds, politics and nationalities. The concept for Auroville was developed in the 1960s and obtained the backing of not only the government of India, but also of UNESCO, which commended it as a project of importance to the future of humanity. It was inaugurated in 1968, in a ceremony which counted representatives from 124 nations, and currently counts around 2500 inhabitants from 59 nations and of all age groups.

The growing town is divided into several areas: of particular note is the industrial zone, whose small businesses and green sustainable industries contribute to Auroville’s aim of becoming self-supporting, with some of them also working to improve living conditions for the neighboring villages. Auroville excels in many different fields, such as architecture and design, reforestation, experimental education, renewable energy and food security, and the town receives thousands of visitors every year, many of which come to participate in workshops and training programmes in one of the town’s many schools, which base their programs on experiential learning and active collective projects. The town’s international zone features regional pavilions celebrating the different cultures of the world, and there is a lively community life, with many members meeting for meals under a giant solar bowl that can prepare food for about a thousand people.

The Lowry is an art center and a charity with a belief in the arts as a tool for social change. Their Arts for Social Change program brings together artists and young people experiencing challenges in life, enabling them to learn new skills, improve their wellbeing and explore their own self-expression, all the while empowering them to make art that challenges the world to stop and listen. The various projects target young people faced with challenging career responsibilities, young parents and young people facing homelessness, among other groups.

Their Youth Homelessness project guarantees that, aside from engaging in creative activities that help them express themselves and reduce isolation, the young people get access to shelter through partner organizations, support regarding mental health and wellbeing, and also have the opportunity to gain qualifications towards education or employment. The focus and support they give to young people have inspired many of their project participants to choose life paths that extend this influence into their communities and to embrace social work for themselves.

The Lowry – Arts for Social Change

TimeBanks USA is a non-profit dedicated to expanding the knowledge and advance the use of time banking. The organization was created in 1995 by Edgar Cahn to expand the time banking concept born in Japan in 1970s at the hands of Teruko Mizushima. This concept revolves around the idea of allowing people to swap time and skill instead of money. The system runs on an alternative currency called time credits. When individuals spend hours of their time providing services and helping others, they receive the corresponding amount of time credits, that they can then use to request help from others when needed.

One hour always corresponds to one credit, irrespective of the type of help provided, as a reminder of the fundamental equality of human beings. We all have something of value to share with someone else, but there are also some forms of work that are not easily included in the value chain, such as building strong families and revitalizing neighborhoods. Time credits aim also to reward and recognize the value of these less acknowledged types of work. While time banks can be very large, they are generally local, and they help to build trust, community and respect for others. Since its foundation, TimeBanks USA has helped to create a large and expanding network of time banks in the country, and they estimate that around 30 000 – 40 000 people are already engaged in time banking in the United States.

The Sarvodaya Samadhana Movement of Sri Lanka seeks a no-poverty, no-affluence and a conflict free society through community-based efforts and volunteering. The project started as an education program in 1958 that allowed students to help with community development in the most remote villages of Sri Lanka, and has since reached over 15 000 villages in the country and become its largest community-based development network. The learning program turned into a powerful movement for nonviolent social transformation.

The members of Sarvodaya travel through the country offering help to others to transition into a sustainable way of life.  The basic premise is that by working together to meet their needs, villagers can enhance their material wellbeing, their social relationships, and their spiritual consciousness. When a village decides democratically upon a community project and commits itself to supplying the necessary labor, Sarvodaya brings in other assets they might need, such as supplies and technical support. There is also a strong spiritual component to the movement that relies on the power of sharing labor for transformation, as stated by their motto: “We build the road and the road builds us.”