Carbon Capture Can Be Part of the Climate Solution 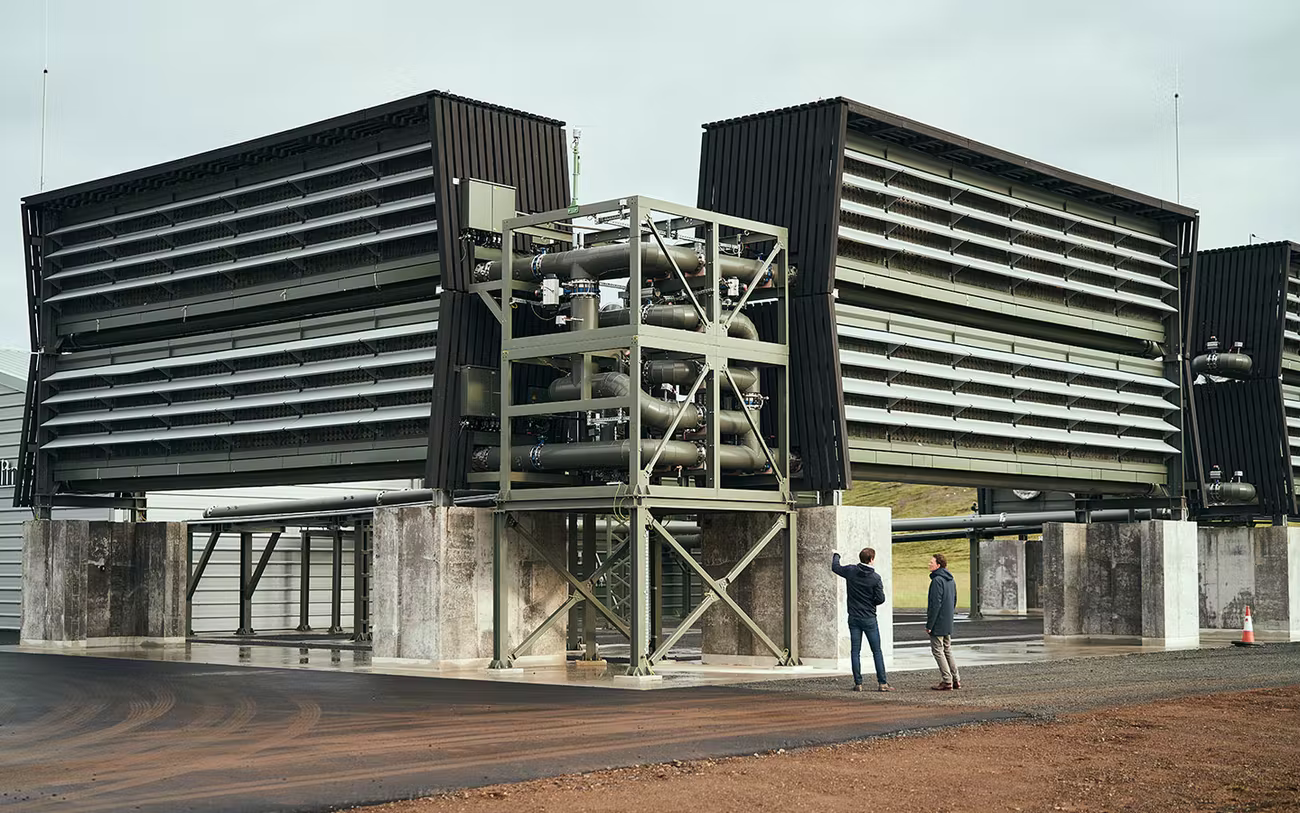 This artice was originally published in Jacobin.

Imagine a group of campers carelessly polluting the forest, leaving beer cans, plastic wrappers, and propane tanks strewn about the understory. An ecologist comes upon their campsite and explains how they are harming the forest ecosystem. The campers decide to stop polluting, but never clean up the mess. This is analogous to a climate strategy without carbon removal.

At its root, the climate crisis is a chemical imbalance. Global heating is just one of its side effects. To restore the ecological conditions in which we evolved, we must restore the balance of carbon flows between our atmosphere, hydrosphere, biosphere, and lithosphere. This means not only halting carbon emissions, but returning carbon to where it came from.

Where to Put All This Carbon

Since 1750, an estimated 26 to 46 percent of cumulative historical emissions have been released from the biosphere through deforestation and other forms of habitat destruction. Fortunately, ecosystems have myriad ways to reverse this process. Even on the mouth of a smokestack, the most advanced technology scrubbing the densest coal plume pales in comparison to a tropical forest, which itself pales in comparison to a mangrove. It’s true that nothing sequesters carbon more quickly than nature.

But the world’s ecosystems have a carbon ceiling, or carrying capacity. Even if we somehow returned all converted land to its preindustrial state, models estimate we could only sequester around 41 percent of cumulative historical emissions — in other words, roughly as much carbon as the biosphere originally contained.

This is because at least half of the carbon we’ve released into the atmosphere has come from the lithosphere, through burning fossil fuel from the Earth’s crust. There is no natural process to reverse this at the necessary scale and speed.

Despite this reality, many leading climate advocates argue that carbon capture is unnecessary. They point out — correctly — that if we rapidly decarbonize, the planet could make it halfway back to preindustrial carbon dioxide levels by the end of the century.

But again, the changing climate is only one consequence of the global chemistry experiment we’ve been running. If we leave all this carbon in the atmosphere, levels will eventually decrease once we stop emitting. That’s because most of it will dissolve into the ocean, triggering a chain reaction with carbonic compounds that acidifies seawater. Removing carbon from the atmosphere reverses this process. Even if we should reach preindustrial temperatures in the 2100s by emissions cuts alone, we will have done nothing to address ocean acidification. Is it a victory to achieve a planet where there are vast areas of ocean with no oysters to filter water, no corals to shelter fish, no pteropods to support food webs?

Worse yet, without burying carbon, the effects of temperature change will be catastrophic on both sea and land. We will almost certainly cross the two degree threshold, virtually dooming corals to extinction, liquidating the Arctic sea ice, sinking hundreds of cities from Bangkok to Miami, and killing millions of people in heatwaves. To survive, we must stabilize our climate — and quickly.

While leading biogeochemists have long made the case for carbon capture technology, its most visible proponent is the fossil fuel industry. Its lobbyists use it to sell carbon credits to big polluters and empty promises to world leaders. Its interest in the technology isn’t motivated by an obligation to humanity or the planet, but rather a strategy to silence critics and stay in business — whether that means emitting less or more. Today, most of the small amount of carbon the industry captures isn’t stored, but rather used in enhanced oil recovery to lubricate geological fissures and accelerate carbon extraction. Needless to say, this exacerbates the problem.

There are only a few forms of carbon capture technology that yield net-negative emissions. First, some catalyze natural processes, such as enhanced rock weathering and ocean iron fertilization. However, the sequestration potential of these approaches is generally thought to be modest — and with a high risk of negative ecological side effects.

Then there’s bioenergy carbon capture and storage, or BECCS. BECCS augments the theoretically net-neutral process of growing and burning biofuel with capturing carbon at the smokestack, storing it underground to push emissions into the red. This method could potentially sequester a lot of carbon, but at a high cost in land. While we wouldn’t have to expand cropland if we drastically reduced agricultural land use by farming fewer animals, using land to grow biofuels would sacrifice its higher potential for carbon sequestration through rewilding.

This leaves direct air capture (DAC), perhaps the most technologically challenging of all. DAC generally involves a system of enormous fans sucking air through a chemical sponge that filters roughly a thousand air molecules for every four of carbon dioxide. These are then liquefied in solvents and pumped back underground.

The drawbacks associated with direct air capture are low compared to other forms of geoengineering and related to the risks we already take during fossil fuel extraction, including seismic destabilization and injection well leaks. However, DAC is water-intensive, and although we might develop passive systems that use wind, absorbent solvents, or electrodialysis, today’s direct air capture technology demands high quantities of energy and is only emissions-negative if powered by renewables.

Therein lies the most significant caveat: carbon capture is no excuse for aggressively cutting emissions. It will only help if we also rapidly phase out the fossil fuel industry.

Unfortunately, that’s who’s getting all the funding. Fossil fuel corporations are raking in public investments and tax exemptions to research and develop carbon capture, yet posting pathetic results. Despite decades of R&D, billions in carbon capture subsidies, and proposals for $100 billion more, ExxonMobil reported capturing less than 1 percent of its emissions in 2019.

The charitable interpretation is that carbon capture engineering is uniquely challenging. A less credulous explanation is that fossil fuel corporations simply have no incentive to develop carbon capture technology. Funding isn’t contingent on progress, and scaling isn’t worth the capital of thousands of engineers and millions of construction workers. Either way, the research and development of carbon capture technology can only be successful if we decouple it from the fossil fuel industry and build it within the public sector, far from the tyranny of the profit margin.

Despite such misinvestment, net-negative carbon capture technology does exist. In August 2021, a prototype called Orca went online, making it the biggest direct air capture facility in the world. While its developer, Climeworks, is at best a net-neutral corporation — it sells carbon offsets to make a profit — Orca is net-negative, running on geothermal and drawing down a relatively impressive four thousand tons of CO2 per year. At that rate, we’d need more than eight million of them running for fifty years to capture all the fossil carbon we’ve burned (and it would take longer for the atmosphere to level out).

The good news is that the facilities are not that big — about the size of a shipping container, of which we have around 43 million — and like solar and wind, we can expect this technology to gain efficiency over time. Plus, if considering where to install them, we do already have millions of drill pads complete with tubes connected to oil deposits or porous shale strata. Lastly, it’s not all or nothing. Every atom counts.

Carbon capture is not the easy road to net zero that oil lobbyists want to sell us. The real net zero is somewhere around 280ppm CO2. We should think of carbon capture more like putting an imperceptibly diffuse toothpaste back into countless millions of leaky tubes — essentially reverse-engineering fossil fuel, our most disastrous geoengineering experiment ever. It’s a moonshot, yet it’s not rocket science. And while there is a complex engineering case for carbon capture, the ecological case is simple: we need to rebury carbon to reverse ocean acidification.

Carbon capture is a challenge we cannot afford to turn away from, regardless of the venal purposes for which the technology has so far been developed. Today, it is used as a justification for prolonging our dependence on fossil fuel and enriching those who have profited from its extraction. Tomorrow, it may be the only way to remedy the crime against nature that precedes and precipitates climate change — the distortion of planetary chemistry.