Will Civilization Collapse Because It’s Running Out of Oil? 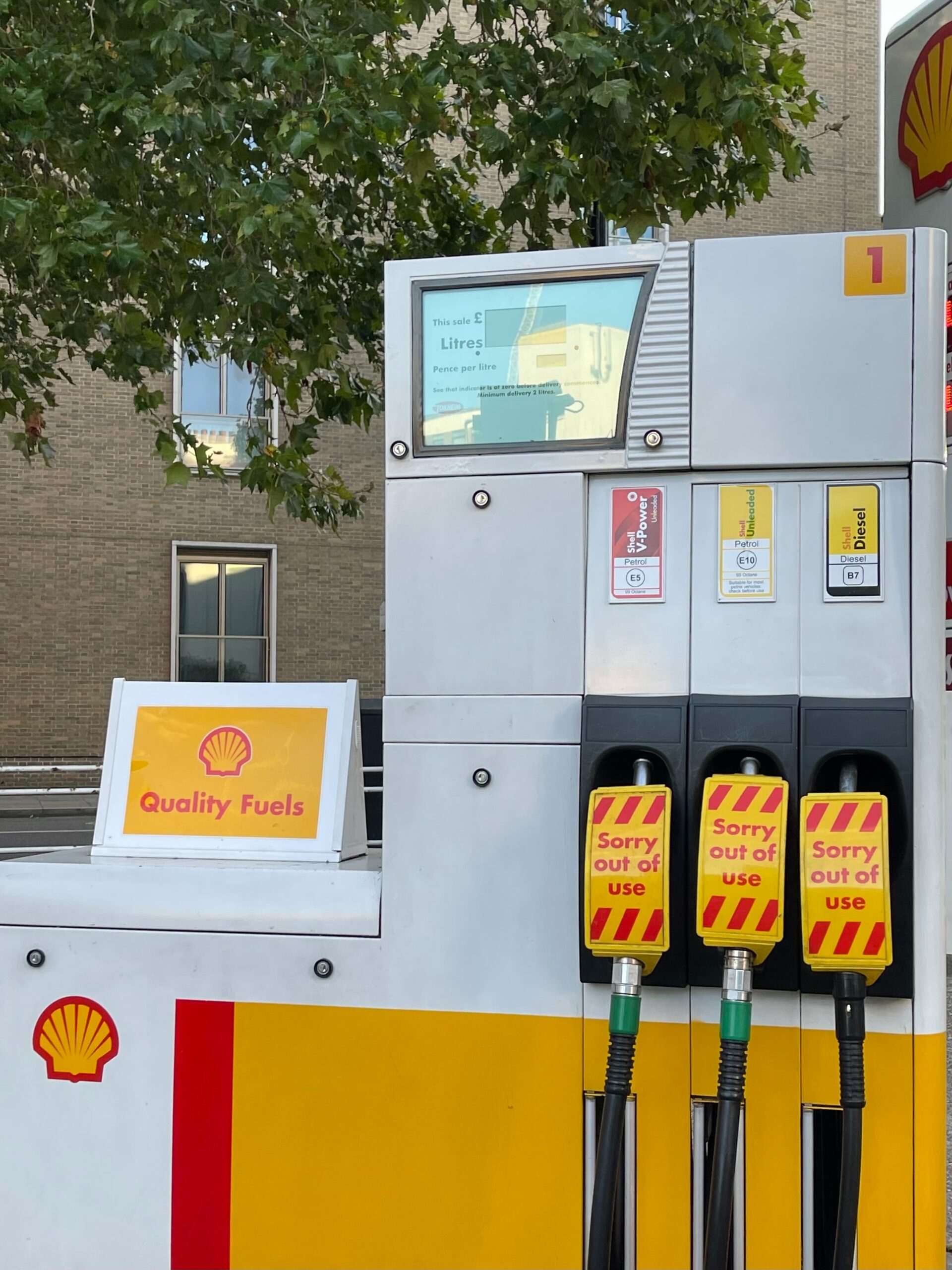 We’re going to have to start coming to terms with nature’s limits.

Will civilization collapse because it’s running out of oil? That question was debated hotly almost 20 years ago; today, not so much. Judging by Google searches, interest in “peak oil” surged around 2003 (the year my book The Party’s Over was published), peaked around 2005, and drifted until around 2010 before dropping off dramatically.

Well, civilization hasn’t imploded for lack of fuel—not yet, at least. Instead, oil has gotten more expensive and economic growth has slowed. “Tight oil” produced in the US with fracking technology came to the rescue, sort of. For a little while. This oil was costlier to extract than conventional oil, and production from individual wells declined rapidly, thus entailing one hell of a lot of drilling. During the past decade, frackers went deeply into debt as they poked tens of thousands of holes into Texas, North Dakota, and a few other states, sending US oil production soaring. Central banks helped out by keeping interest rates ultra-low and by injecting trillions of dollars into the economy. National petroleum output went up farther and faster than had ever happened anywhere before in the history of the oil industry.

Keeping most of the remaining oil in the ground will be a task of urgency and complexity, one that cannot be accomplished under a business-as-usual growth economy.

Most environmentalists therefore tossed peak oil into their mental bin of “things we don’t need to worry about” as they focused laser-like on climate change. Mainstream energy analysts then and now assume that technology will continue to overcome resource limits in the immediate future, which is all that really seems to matter. Much of what is left of the peak oil discussion focuses on “peak demand”—i.e., the question of when electric cars will become so plentiful that we’ll no longer need so much gasoline.

Nevertheless, those who’ve engaged with the oil depletion literature have tended to come away with a few useful insights:

Now a new research paper has arrived on the scene, authored by Jean Laherrère, Charles Hall, and Roger Bentley—all veterans of the peak oil debate, and all experts with many papers and books to their credit. As its title suggests (“How Much Oil Remains for the World to Produce? Comparing Assessment Methods, and Separating Fact from Fiction“), the paper mainly addresses the question of future oil production. But to get there, it explains why this is a difficult question to answer, and what are the best ways of approaching it. There are plenty of technical issues to geek out on, if that’s your thing. For example, energy analytics firm Rystad recently downgraded world oil reserves by about 9 percent (from 1,903 to 1,725 billion barrels), but the authors of the new research paper suggest that reserves estimates should be cut by a further 300 billion barrels due to long-standing over-reporting by OPEC countries. That’s a matter for debate, and readers will have to make up their own minds whether the authors make a convincing case.

For readers who just want the bottom line, here goes. The most sensible figure for the aggregate amount of producible “conventional oil” originally in place (what we’ve already burned, plus what could be burned in the future) is about 2,500 billion barrels. We’ve already extracted about half that amount. When this total quantity is plotted as a logistical curve over time, the peak of production occurs essentially now, give or take a very few years. Indeed, conventional oil started a production plateau in 2005 and is now declining. Conventional oil is essentially oil that can be extracted using traditional drilling methods and that can flow at surface temperature and pressure conditions naturally. If oil is defined more broadly to include unconventional sources like tight oil, tar sands, and extra-heavy oil, then possible future production volumes increase, but the likely peak doesn’t move very far forward in time. Production of tight oil can still grow in the Permian play in Texas and New Mexico, but will likely be falling by the end of the decade. Extra-heavy oil from Venezuela and tar sands from Canada won’t make much difference because they require a lot of energy for processing (i.e., their EROI is low); indeed, it’s unclear whether much of Venezuela’s enormous claimed Orinoco reserves will ever be extracted.

Of course, logistical curves are just ways of using math to describe trends, and trends can change. Will the decline of global oil production be gradual and smooth, like the mathematically generated curves in these experts’ charts? That depends partly on whether countries dramatically reduce fossil fuel usage in order to stave off catastrophic climate change. If the world gets serious about limiting global warming, then the downside of the curve can be made steeper through policies like carbon taxes. Keeping most of the remaining oil in the ground will be a task of urgency and complexity, one that cannot be accomplished under a business-as-usual growth economy. We’ll need energy for the energy transition (to build solar panels, wind turbines, batteries, heat pumps, electric cars, mass transit, etc.), and most of that energy, at least in the early stages of the transition, will have to come from fossil fuels. If oil, the most important of those fuels, will be supply-constrained, that adds to the complexity of managing investment and policy so as to minimize economic pain while pursuing long-range climate goals.

As a side issue, the authors note (as have others) that IPCC estimates of future carbon emissions under its business-as-usual scenario are unrealistic. We just don’t have enough economically extractable fossil fuels to make that worst-case scenario come true. However, even assuming a significant downgrade of reserves (and thus of projected emissions), burning all of the oil we have would greatly exceed emissions targets for averting climate catastrophe.

One factor potentially limiting future oil production not discussed in the new paper has to do with debt. Many observers of the past 15 years of fracking frenzy have pointed out that the industry’s ability to increase levels of oil production has depended on low interest rates, which enabled companies to produce oil now and pay the bills later. Now central banks are raising interest rates in an effort to fight inflation, which is largely the result of higher oil and gas prices. But hiking interest rates will only discourage oil companies from drilling. This could potentially trigger a self-reinforcing feedback loop of crashing production, soaring energy prices, higher interest rates, and debt defaults, which would likely cease only with a major economic crash. So, instead of a gentle energy descent, we might get what Ugo Bardi calls a “Seneca Cliff.”

So far, we are merely seeing crude and natural gas shortages, high energy prices, broken supply chains, and political upheaval. Energy challenges are now top of mind for policymakers and the public in a way that we haven’t seen since oil prices hit a record $147 barrel in 2008, when peak oil received some semblance of attention. But now we run the risk of underlying, irreversible supply constraints being lost in the noise of other, more immediate contributors to the supply and price shocks the world is experiencing—namely lingering effects from the pandemic, the war in Ukraine and sanctions on Russian oil and gas, and far stricter demands for returns from domestic investors. Keeping the situation from devolving further will take more than just another fracking revolution, which bought us an extra decade of business-as-usual. This time, we’re going to have to start coming to terms with nature’s limits. That means shared sacrifice, cooperation, and belt tightening. It also means reckoning with our definitions of prosperity and progress, and getting down to the work of re-configuring an economy that has become accustomed to (and all too comfortable with) fossil-fueled growth.

Richard Heinberg is a senior fellow at the Post Carbon Institute and the author of fourteen books, including his most recent: “Power: Limits and Prospects for Human Survival” (2021). Previous books include: “Our Renewable Future: Laying the Path for One Hundred Percent Clean Energy” (2016), “Afterburn: Society Beyond Fossil Fuels” (2015), and “Peak Everything: Waking Up to the Century of Declines“ (2010).