What Will It Take to “Build Back Better”? 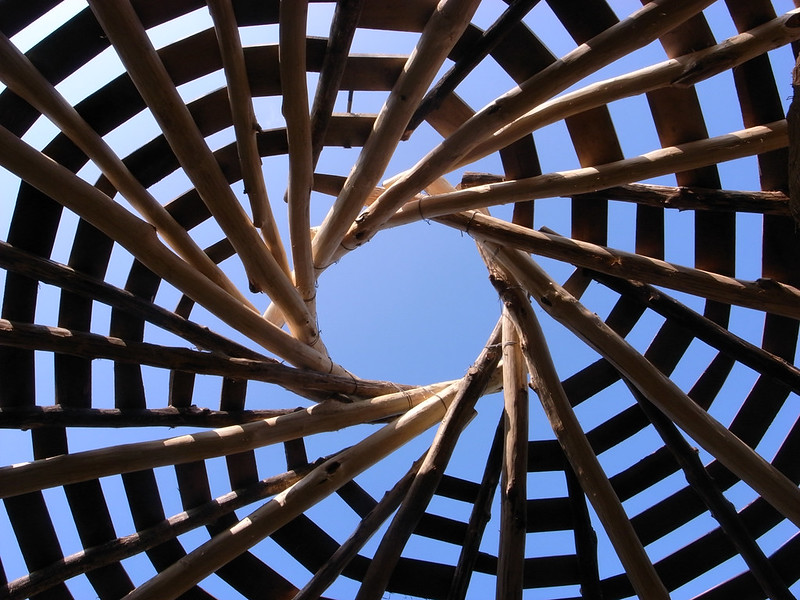 Much has transpired to disrupt the political status quo since President Joe Biden and Vice President Kamala Harris chose their campaign slogan “Build Back Better.” But the chaos and violence of former President Trump’s final days in office may help to open a deep national dialogue on what “better” means, and what it will require.

We will soon have in place a new administration focused on solving problems rather than creating them. Especially in the wake of recent events, we hope that principled Republican leaders are ready to join principled Democratic leaders in the cause of creating a better world for all.

Humanity faces a potentially terminal crisis of collapsing environmental systems, extreme and growing inequality, failing institutional legitimacy, and disintegration of the basic trust of one another on which the social fabric depends. No individual caused these vast problems, and no individual or group of individuals can solve them alone. We may differ on the details, but we should unite in common recognition of the failure of our existing institutions to address these crises.

Our future depends on finding common cause in creating a world of peace and beauty.

Our future depends on finding common cause in creating a world of peace and beauty; a world in which every person has opportunities to contribute that earn them respect and material sufficiency; a world where families and communities are strong, people support and care for one another, and nature is vibrant.

It is a vision both progressive and conservative. Some call it an Ecological Civilization, the theme of the next print issue of YES! Magazine.

In 2020, Earth issued a wake-up call we could not ignore. COVID-19 disrupted daily life and imposed suffering on billions. The pandemic made it impossible to ignore the injustices of an economic system in which those who do the most essential work are often the least secure and most poorly rewarded.

Herein lie essential lessons. As a society, we massively misallocate our labor and other resources, spending them in ways harmful to both people and Earth. Defenders of the failed system claim the burdens are necessary to create jobs and generate GDP growth, while at the same time they insist that we lack the resources to meet everyone’s basic needs.

The misallocations include, among others:

• Preparations for and the conduct of war.

• Mass production and support facilities for cars, trucks, ships, and airplanes for needless movement of people and goods.

• The labor, technology, and energy consumed in supporting financial speculation that produces no real value.

The urgent unmet needs that require the application of our intellectual and physical labor include, among others:

• Eliminating the causes of war, mass incarceration, and desperate mass migration and reassigning the resources thus freed up.

• Restructuring how we live to assure everyone a place to live and reducing the need to move people and material goods.

• Producing the food for nutritious diets for all the world’s people in ways that maintain the health of soils, rivers, and aquifers, and simultaneously sequester carbon.

• Providing care to those who are incapable of self-care, including children and the mentally and physically incapacitated.

• Preparing our children for responsible and fulfilling lives.

In discussing our options, we too often get sidetracked into a debate between political philosophies—capitalism vs. socialism—that sidesteps the larger issues.

We need a different framework. Our common future depends on serious institutional rethinking and restructuring to localize power and share it on a global scale.

Life, as we now understand it, organizes from the bottom up, not the top down. As living beings who depend on the health of a living Earth, our future depends on learning through our lived experience to do the same.

This deepens the meaning of the motto, “Build Back Better.”

Framing the possible vision and the path to its actualization necessarily begins with a dialogue that transcends traditional political lines, which is largely impossible in the two-party win-or-lose political system now in place.

The human capacity for innovative local adaptation requires the support of radically democratic local, national, and global governance structures supported by worker and community-owned cooperative businesses that meld individual and collective rights and responsibilities in ways that honor the best of conservative and progressive values.

Framing the possible vision and the path to its actualization necessarily begins with a dialogue that transcends traditional political lines, which is largely impossible in the two-party win-or-lose political system now in place.

President Biden presents himself as a facilitator of transpartisan dialogue and cooperation, with Kamala Harris as his well-chosen partner. They are working, however, within a failing system nearly impossible to reform from within. With skill and dedication, they can repair much of the damage of the Trump years and propel us on a better path. But to truly transform the system, the people must lead. Our individual actions, our movements, our cities, and our states need to continue to lead the way with steps far more transformative than is possible at the national level.

To build back better, we must applaud the best steps at global, national, and local levels, while recognizing that the essential transformation is ultimately up to us working together for the good of all.