The Failures of Modern Economic Theories 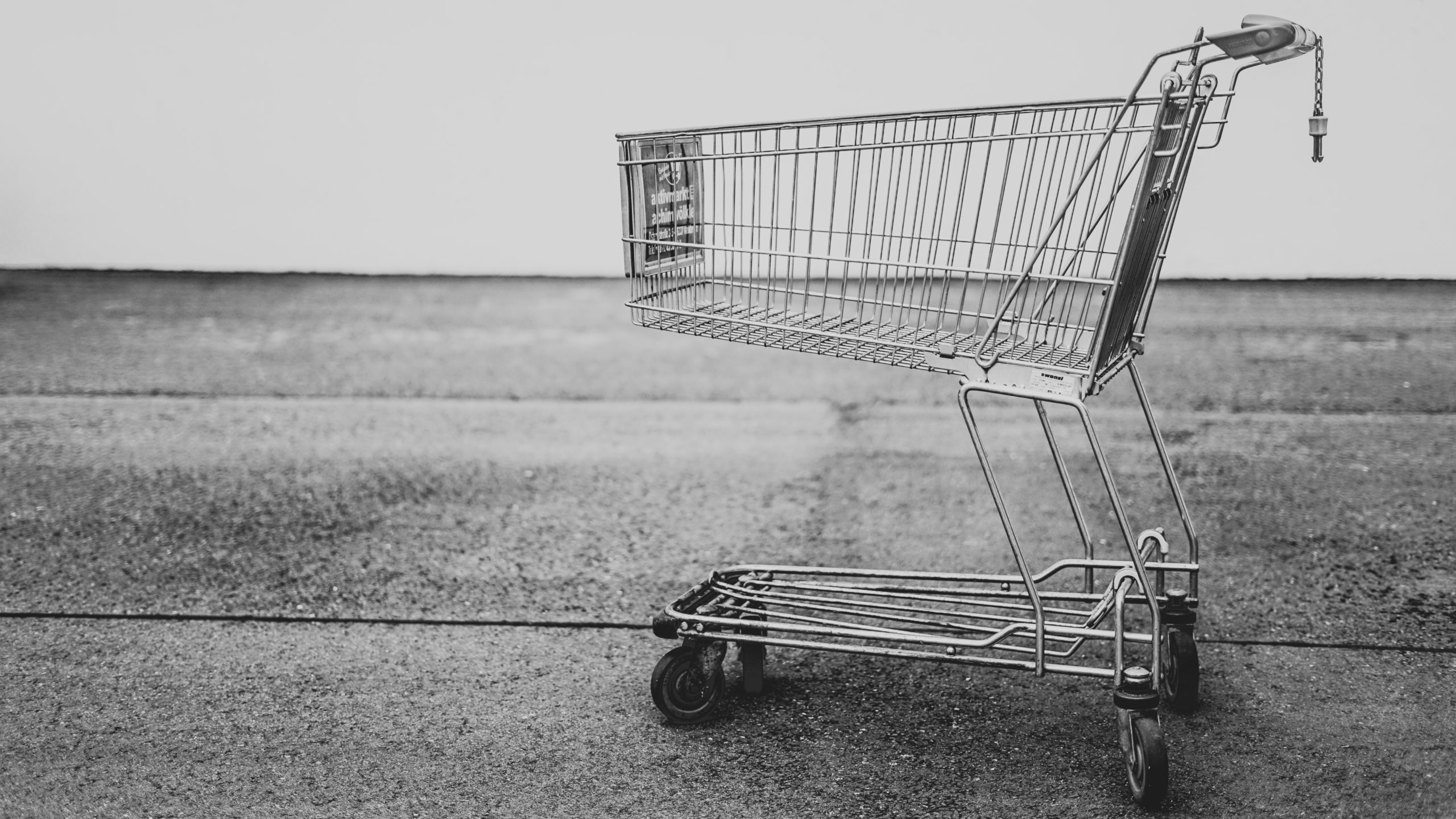 “Free markets will save the world.” We have heard that slogan for many years now. Yet free markets have not saved the world. To the contrary, finance crises, climate change, growing inequality and wars fought over oil and other resources, modern economics has created serious environmental and economic problems.

For many economists, politicians and business owners, the solution to our world’s economic problems is just around the corner. While the planet is getting smaller, more crowded, and more polluted, the slogan from many adherents of capitalism is currently this: free markets coupled with energy and resource efficiency will save the world from bankruptcy and environmental disaster.

They envision a brave new world of green efficiency and innovation in which China, India and the rest of the developing and underdeveloped world will soon catch up to the environmental and economic advancements of the rich countries in the North.[i] Some environmentalists, such as the Bright Green movement founded by Alex Steffen, also adhere to the view that this form of sustainable capitalism is the solution. Steffen has argued that a new world beyond oil dependency, pollution and poverty will soon create a sustainable planet of plenty for all.

New innovations in technology is important, but overall, to think that mainly technological innovations can save us is likely wishful thinking.

This vision has been adopted in Scandinavian economics, for example, as well as in many corporations worldwide who see themselves as “bright green.” In contrast, the degrowth movement argues that we cannot just spend and invent us out of our economic and environmental problems, we have to also reduce material consumption.

New innovations in technology is important, but overall, to think that mainly technological innovations can save us is likely wishful thinking. The problems of neo-liberal capitalism are inherent in the system itself, and we cannot solve a problem using the same system that created the problem in the first place. The environmental crisis, the increased income gaps, the reduced aggregate demand, and the staggering mountains of debt are not issues we can simply wish away. Unless these problems are quickly brought under control, the economy will not survive.

What is the economic rationale for an economy based on sustained high level of debts, huge corporations with almost monopolistic powers, big income disparities, and low purchasing capacity for the people? Is this truly the market economy envisioned by Adam Smith and John Maynard Keynes?

The answer is no. Neither classical economists nor the Keynesian school of economics support the present policies. Indeed, it can be argued that the present market system is detached from any association it once had with its theoretical roots. Instead, the market has become a system based on greed and political expediency. It is a financial system run amok. In order to explore this rather bold assertion, let us take a brief look at recent economic theory.

When Adam Smith’s economic liberalism emerged in the 18th century, it was a democratic alternative to the dictatorial rule of kings and their mercantile economy based on strong states bent on hoarding wealth and increasing their exports. In contrast, Smith’s economic model proposed that individual self-interest also benefits society. A baker will rise at 5 AM, argued Smith, to earn more money for himself, not out of altruism to serve others. This selfish act benefits society, he further argued, by encouraging private enterprise, trade, market growth, specialization, increased production, efficiency, and finally greater wealth—for all.

Market capitalism, as we experience it today, has radically changed, from its idealistic and theoretical roots in a small-scale industrial and agrarian economy, to a centralized and monopolized global economy. Capitalism’s current neo-liberal model has indeed little in common with the free market economy once presented by Adam Smith. His idea of an “invisible hand” regulating the economy and creating affluence for the few and plenty for everybody else has yet to become a reality.

Adam Smith frequently spoke up in support of the workers and the consumers against the traders and manufacturers (…) he opposed corporations and monopolies, and he warned against political lobbying by business interests.

But there is more to Adam Smith’s ideas than the metaphors of the baker and the invisible hand. Adam Smith frequently spoke up in support of the workers and the consumers against the traders and manufacturers. He claimed, for example, that “consumption is the sole end and purpose of all production, and the interest of the producers ought to be attended to, only so far as it may be necessary for promoting that of the consumer.“[ii] Furthermore, he opposed corporations[iii] and monopolies[iv], and he warned against political lobbying by business interests.[v] He specifically advised law makers that any suggestion originating from traders and manufacturers must “…never be adopted till after having been long and carefully examined, not only with the most scrupulous, but with the most suspicious attention. It comes from an order of men, whose interest is never exactly the same as the public, who have generally an interest to deceive and oppress the public, and accordingly have, upon many occasions, both deceived and oppressed it.” [vi]

Based on the ideas of Adam Smith, free markets gradually developed throughout the Western World in the 19th century. During that time, there was, among many economists, a fatalistic belief that markets, if left by themselves would somehow always correct themselves for the greatest benefit of all. But there was also widespread opposition to these market capitalist ideas among striking workers and leftist movements in both Europe and the United States. Then, the Great Depression of 1929 created shock waves in the capitalist world, and any illusions anyone had about the self-regulating mechanism of the markets were quickly dispelled.

Keynes claimed that in times of economic downturn, governments must borrow money and spend it, and in boom times that it should save up money.

In 1936, Maynard Keynes published his General Theory of Employment, Interest and Money [vii] , which turned old school economics on its head. His book introduced a radical overhaul of economic theory, and it suggested that governments have to be actively involved in managing the economy in order to ensure its stability. More specifically, Keynes claimed that in times of economic downturn, governments must borrow money and spend it, and in boom times that it should save up money. The government could thus balance its budget over the course of the business cycle.

From the 1970s, (…) governments tended to borrow money, both during recessions as well as during booms (…) this trend has resulted in unsustainable debt levels all over the world.

From the 1970s, in order to make up for the lowered purchasing capacity of the common citizen, governments tended to borrow money, both during recessions as well as during booms. This was not Keynesian policy, and not surprisingly, this trend has resulted in unsustainable debt levels all over the world.

In 1949, only four years after the Second World War, President Harry Truman outlined an ambitious development program and foreign policy that would set the tone for global development and the growth of liberal economic policies for many years to come. In his inaugural speech, he emphasized that capitalist development equal material progress, and while some countries, such as the US, were developed, others were developing, and yet many more countries were underdeveloped.

Through economic development and aid to these struggling nations, Truman declared that global poverty would be solved.

Through economic development and aid to these struggling nations, Truman declared that global poverty would be solved. Over the next decades, these and similar ideas gradually led to the formation of lending and development institutions such as the World Bank, the IMF, and GATT (General Agreement on Tariffs and Trade), which later developed into the World Trade Organization. In retrospect, these institutions have, at best, a mixed track record. Instead of being a tool for developing poor nations, they have often been more concerned with the profit interests of international banks and creditor nations.[viii]  Thus poor nations have remained poor and rich nations have remained rich.

Friedman, Reagan and Supply Side Economics

The historical photo of a handshake between Nobel Prize winning economist Milton Friedman and President Ronald Reagan in the early 80s symbolizes an important economic policy change in the Western World: the shift from the mixed economy of Keynesian liberalism and high taxes for the rich toward a neo-liberal economy of market deregulation and reduced taxes.

The neo-liberal agenda (…) promoted a free market economy with the least amount of political intervention.

The neo-liberal agenda, inspired by economists and thinkers such as Milton Friedman, Friedrich Hayek, and Ayn Rand promoted a free market economy with the least amount of political intervention. From Iceland to Spain, from Europe to North America, advisors from neo-liberal think-tanks set a new economic agenda. Thirty years after that historical handshake, the Western World experienced the worst economic crisis since the Great Depression of 1929.  Obviously, the lessons learned during that last depression had been forgotten, and so humanity was destined to make the same mistakes all over again.

The next economy needs to do a better job at balancing the economy and greening the planet.

Through the ubiquitous nature of the global neoliberal agenda, which also has been adopted in the EU as well, we have seen increased inequality and environmental destruction on a global scale. People are experiencing more personal debt and the environment is suffering due to our insatiable consumption and growth trends. We are overutilizing resources and trashing the oceans in plastic waste. Thus, we are in growing need of economic systems change. The next economy needs to do a better job at balancing the economy and greening the planet. We need to adopt both degrowth mechanisms and bright green technologies. That would truly be a way to grow a bright green economy.

[i] Moody, James Bradfield and Nogrady, Bianca, The Sixth Wave: How to Succeed in a Resource Limited World, ReadHowYouWant, 2010