Regenerative Farming and Grazing Rotations: In Conversation with Joel Salatin 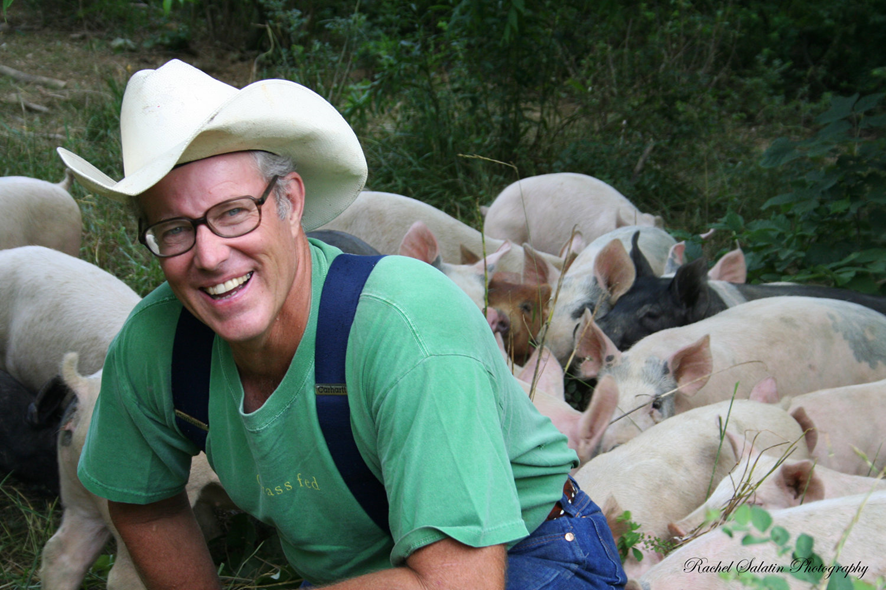 In our Systems Change Deep Dives video podcast series, we take a systemic look at some of the greatest social, economic and environmental challenges that we are facing as a global community and the ideas and projects that have the potential to catalyze systems change. For our first deep dive topic, Beyond Carbon Capture, we spark conversations with people leading carbon capture initiatives around the world to discuss the benefits and challenges of their work and how it fits into the wider paradigm of systemic change.

In the second episode, we spoke with Joel Salatin, Co-Owner of Polyface Farm, a thriving multi-generational regenerative family farm that services more than 5,000 families, 50 restaurants, 10 retail outlets and a farmer’s market. When Joel is not on the road speaking, he’s at home on the farm, keeping the calluses on his hands and dirt under his fingernails, mentoring young people, inspiring visitors, and promoting local, regenerative food and farming systems. He is the editor of The Stockman Grass Farmer, he writes several magazine columns, co-hosts a podcast titled Beyond Labels, is a frequent guest on radio programs and podcasts and writes a blog called Musings from the Lunatic Farmer.

Keep reading for the the key points from the discussion with Joel:

Cattle and Time in the Carbon Conversation

Joel is keenly aware that, in recent years, cows have received a lot of negative publicity when it comes to the carbon conversation. However, he calls our attention to the fact that, at earlier points in Earth’s history, there was a lot more megafauna around. So the problem shouldn’t be in the animals themselves, but in the way that they have come to be managed.

In Nature, there is an important element to grazing which is almost always left out of the equation in modern production farms, and that element is time. “Nature does this (…) with fire seasonality and predators: wolves here in America, lions in Africa, and of course there were predators and other areas as well. What that movement does is that it stimulates, through strategic pruning, it stimulates the perennial prairie, the grasses, the forbs, all that, to actually produce more than it would if it just went into senescence.”

Technology nowadays actually enables us to steer our “four-legged pruners” across the landscape with precision and create a mosaic, making sure that at any given time, there is always a portion of the landscape in senescence, a portion growing rapidly and a portion blossoming and supporting biodiversity. It is possible to do this with all sorts of animals, pigs, sheep, poultry, ducks, and create a system that feeds the animals and leaves fertility behind.

“Routinely there’s a lot of people asking me, well, how did you innovate these systems? And so the answer is very simple; when you look at nature, animals move.”

“People think about trees as being the biggest carbon sink, but actually the fastest way is through grasses, because their metabolism is so much faster than trees. Now, it’s counter-intuitive because when you look at the forest, you say, well, look at all that carbon, but you’re seeing, you know, 30, 40, 50, 60 years of carbon storage above ground. You don’t see that in prairie and grasslands. But if you took your lawn clippings and you were able to take a square meter of those lawn clippings, put them in a box and put that box in a storage shed, and in 60 years we opened that door and said: here’s the carbon that came off of that square meter, it would make a believer out of you, to see it all in one place.”

Grasses go through three stages of growth, an initial slow period, a secondary fast growth period and finally it slows down again. The method of natural systems, with the choreography of movement of these large ungulates across the prairies, was to prune the grasses back so that they could re-start the regrowth cycle, but then leave it to rest until it regrew to that second tier of growth. Nowadays, with overgrazing, there’s not enough of a rest period for the forages to regrow and capture carbon in the process. And recently, animal production farms actually take a lot of these herbivores off of perennials and put them on annuals in feedlots, annuals which actually deplete carbon.

“Perennials increase carbon. The energy flow of a perennial is down into the ground. The energy flow of an annual is up and out. So when people say, well, (…) we need to all go vegan and eat squash and watermelon instead of beef, what they’re not recognizing is that if every plant were as efficient as a squash or a watermelon or a soybean, we wouldn’t have any soil. Because it is the organic matter that’s pumped in by perennials that actually built those soils, those legacy soils that we are now monocropping with corn and soybeans and wheat and rye.”

“We call ourselves the economic reversal or the economic inversion. In other words, we’re bringing money from the city to the country. The normal industrial system brings rural money to the urban sector, (…) agricultural lands are economically hemorrhaging their wealth to the cities. And we would like to see that reversed. We bring that to the farm and I think the spinoff is pretty big.”

Polyface Farm buys large amounts of grain from local GMO-free farmers, which supports their activities and protects the farms from the chemical industrial approach. There are 25 people employed on the property, and there is also a stimulus to the local economy caused by the annual influx of visitors to the region, coming to see the farm, a number that can reach 15 000 per year. And that also supports a community trying to work on artisanal and craft-type food and fiber.

“Imagine you’re getting ready to eat. And as you look at what’s on your plate, just take a moment to squint through the plate and try to imagine the landscape that grew the food on that plate. Just imagine that landscape and then ask: is that landscape the kind of landscape I want my grandchildren to inherit?

If you happen to be around Virginia, you are more than welcome to take a day trip to Polyface Farm, or even take part in one of the educational activities they organize, and see how everything takes place with your own eyes. But to Joe, the most effective way to help the cause is to change our mindsets and then our actions to heal and regenerate Earth.

“The way to help me is to simply join the awareness team, join the thinking team. (…) There’s a kind of  sense that what I do today doesn’t matter. But the fact is that where we are today on the planet, our track record, our stewardship, all of these things are a physical manifestation of trillions and trillions of little decisions that we and our ancestors have made for centuries.”

“Get your mind, get your head, get your heart, wrapped around the privilege, the honor of knowing that these hands and this intellect can engage, can participate with healing. If more people would understand that privilege and responsibility, we would have a different world.”

“My dad was a visionary very much ahead of his time and was all about trying to regenerate this piece of land. In my lifetime, I’ve watched it go from rocks and infertility to arguably the most abundant farm in the community. And I’m not saying that proudly, I’m saying that humbly recognizing that nature’s templates do work, given enough time and enough persistence, they do work. The joy of my life is to have been a participant in that healing. It’s not something that you have to be a non-participatory bystander in, you can touch the earth, touch the land and watch it respond.”