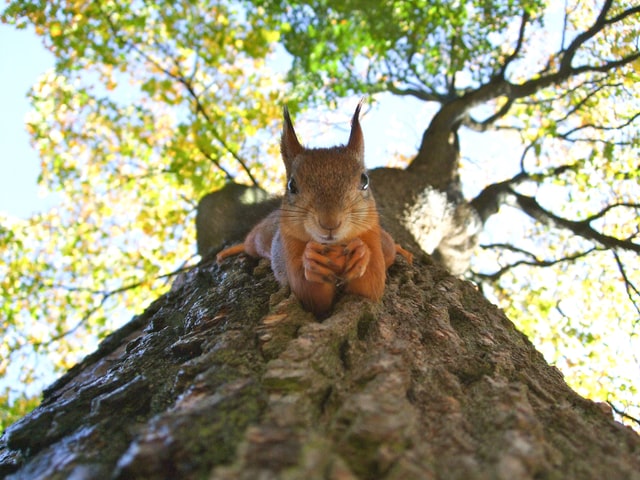 This article originally appeared on Mongabay.

When it comes to slowing climate change, there’s one natural solution that has recently gripped the world: large-scale tree planting and reforestation. But a new study warns that other natural climate solutions should be considered first.

In fact, by comparing different natural climate solutions (NCS) against four criteria, the study proposes a hierarchy: protect ecosystems first, then improve their management, and lastly restore them.

“I am really happy this paper was published,” said Forrest Fleischman, associate professor at the University of Minnesota, U.S., who was not involved in the study. “A huge amount of time, energy, and rhetoric is being put into restoration as a low-cost climate solution, whereas scientists have been saying that protecting existing ecosystems is the high-priority climate solution. It is generally much cheaper and more reliable than restoring damaged ones. What the hierarchical framework helps with is in making the cost-benefit calculation on these different investments clearer.”

The crises of climate change and nature loss are intimately linked. Scientists predict climate change will alter ecosystems, causing many species to face extinction. As ecosystems like forests, grasslands and wetlands change, they not only release carbon that they once locked in, but they commit the additional carbon they could have stored in the future to the atmosphere. This is why, in addition to reducing emissions from humankind’s burning of fossil fuels, many scientists advocate for tackling climate change and nature loss together, through what they call natural climate solutions, actions that enhance the ability of Earth’s ecosystems to store carbon.

“Very importantly, natural climate solutions are not a substitute for fossil-fuel emissions reduction. We absolutely need those,” said Susan Cook-Patton, the lead author of the new study, who works for global environmental nonprofit The Nature Conservancy (TNC). “That said, even if we were to sharply drop our emissions, we’re still going to need to pull additional carbon out of the atmosphere and natural climate solutions are particularly helpful in that context.”

There are more than 20 NCS, according to Cook-Patton, but for the purpose of the study, she and her colleagues from TNC and Conservation International, both headquartered in Arlington, Virginia, and WWF, based in Washington, D.C., focused on three big ones: protection, improved management, and restoration of ecosystems. The scientists then compared the potential of these three solutions against four criteria that they could assess at a global level. These were the amount of climate benefit each solution offers; how quickly the climate impacts become apparent; cost-effectiveness, that is, how much climate benefit each provides per dollar invested; and co-benefits to people and nature.

The analysis showed that, on a broad scale, protection of natural ecosystems offers the greatest climate benefits, fairly quickly, at relatively low cost. Improved ecosystem management comes next, followed by restoration. Prioritizing protection of intact ecosystems also brings other benefits, the authors write. These include protecting the livelihoods and cultures of Indigenous peoples and local communities, reducing the impact of rising sea levels and extreme weather events, and providing clean air and water.

Consider the example of Canada: In a study published earlier this year, Cook-Patton and several co-authors showed that, by 2030, out of more than 20 NCS, preventing the conversion of grasslands and peatlands to other land uses like agriculture would provide the single largest climate benefit by keeping carbon stocks locked in the soil. Improved management of agricultural lands and forests would also offer big benefits.

However, the country has instead been prioritizing tree planting, Cook-Patton said. “Canada has this 2 billion tree program that is all about tree planting and restoration of tree cover. And what we found was that in 2030, there’s very little mitigation available from it.” The benefits of restoration efforts would only start appearing by 2050, the June study found, and not within the next decade, which scientists deem critical for keeping planetary warming below 1.5° Celsius (2.7° Fahrenheit).

“If you want large, near-term climate mitigation, you really should think about protecting those intact ecosystems, and improving the management of agricultural lands,” Cook-Patton said.

William Bond, a grasslands researcher and emeritus professor at the University of Cape Town in South Africa who was not involved in either study, said the new study’s hierarchical framework would be particularly useful to evaluate in developing countries, “where international funding of tree planting is a major incentive.”

“It is not a rational response to plant trees to combat climate change,” Bond said in an email. “It is an emotional concern exploited by those who benefit, for example, by delaying more rigorous [fossil-fuel] emissions control. So it is up to us, the ecological and restoration ecology communities, to inform and broaden public opinion on options for NCS. The authors used credible carbon economy data and credible economics to develop their case.”

Cook-Patton acknowledged that local contexts could change what solution people prioritize. Yet, she said the purpose of the paper was to get people working for corporations and governments to think about their options for protecting and better managing ecosystems first, before jumping onto the restoration bandwagon.

Bond said the paper’s protect-manage-restore message can serve another audience: people wanting to contribute to climate projects who could use more information about where their money will have the greatest effect.

“At the personal level, I am generally extremely reluctant to pay the ‘carbon tax’ when travelling. I know it is highly likely to be spent on some poorly planned reforestation project planting trees where they likely never existed in a pristine grassland,” he said. “If I knew that the carbon tax was instead going to support protection of those grasslands and managing them for greater carbon storage, I would fully endorse paying the carbon tax.”

Fleischman, while agreeing that the new paper’s findings are valuable, highlighted a concern. “What does it mean to ‘protect’?” he wrote in an email.

Indigenous people, for example, play an important role in protecting natural landscapes. But big conservation organizations, including those that employ the paper’s co-authors, have historically focused on creating strict protected areas, which have often had tremendous negative impacts on the well-being of Indigenous communities, Fleischman said.

“The paper nods briefly to this, but I think it’s really important that this paper not be read as an endorsement of fortress conservation policies which these organizations have historically pursued,” he said. “Note that I’m not at all critical of these scientists, who I believe are excellent and many of whom have played a role in highlighting Indigenous contributions to conservation in their own work, but their employers.”

Fleischman also said it’s important to be clear about why restoration is having a big moment in global discourses, while protection is not.

“Protection is often harmful to powerful interests that would like to destroy natural ecosystems to extract resources,” he said. “These interests have a big seat at the global decision-making table. Restoration often fails but it makes a nice slogan, and organizations that are harming the earth can commit to long-term restoration as a way to greenwash their work. Since restoration takes decades, it will be decades before we can hold them accountable for the likely failures and shortcomings. Hopefully, this paper will make it harder for these organizations, but we’ll have to see.”

That is Cook-Patton’s hope too. “My title is senior forest restoration scientist, and I love tree planting, I love restoring forests; my science is targeted around quantifying accurately, the mitigation potential of that,” she said. “But even I want to make sure that people don’t forget there are these other powerful ways in which we can use nature to help tackle climate change.”