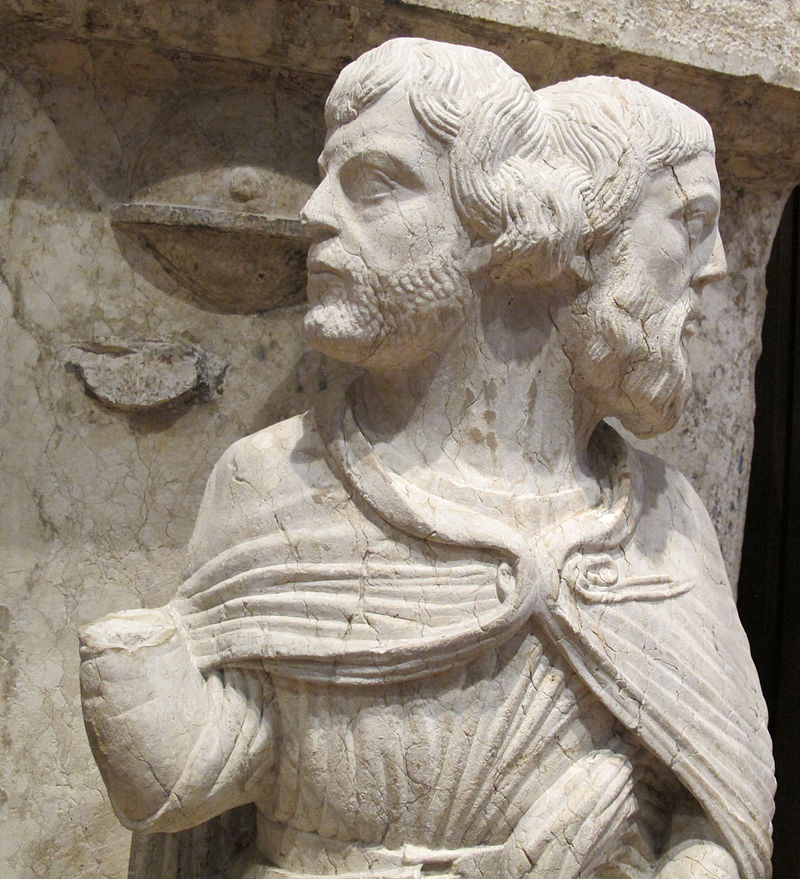 Overcoming the Dualistic Mind to Save the World

The Roman god Janus is depicted with two faces. As the god of new beginnings and transitions, the month of January was named after him — he is thought to be simultaneously looking behind at the year that has been, and forward to the year ahead. After the year that was 2020, many of us probably don’t want to be looking back, but rather forwards.

The dualistic mind is binary, subscribing to either/or thinking and categorising things through differentiation, opposition, and comparison.

The faces of Janus are also symbolic of paradox, something that is uncomfortable for many of us. We humans tend to rely a lot on dualistic thinking — where every this must have a corresponding that. That for every right, there is a corresponding wrong. Good and evil. Black and white. Vegemite and Marmite (that’s for the Kiwis, Aussies and Brits). The dualistic mind is binary, subscribing to either/or thinking and categorising things through differentiation, opposition, and comparison. For every thought, viewpoint, or ideal, there must be an equal and opposite viewpoint or state, and we resist holding two seemingly opposing viewpoints at the same time. We tell those who hold contradictory views to “make up your mind” or “you can’t have it both ways!”

Can’t you though? Have it both ways? Is life really so simple?

I would argue no. Life is full of nuance, complexity, wonder. People are multidimensional. We humans are complex, messy creatures, and we constantly inhabit contradictory views. Sometimes multiple, seemingly opposing things are true at once. Sometimes we just don’t know. But many of us find it hard to accept this. Our desire to belong, and be seen as rational, consistent beings, perhaps along with an aversion to being labelled as flaky or indecisive, means that many of us feel pressured to take a viewpoint on any given issue. We see this all over our social media feeds.

It’s a strange and fascinating phenomenon that millions of us make the daily decision to offer up our precious time to make sure that some stranger on the other side of some other keyboard, somewhere in the world, gets the message that we are right, and they are wrong.

I use the words “us” and “we” very purposefully above, as despite my best intentions to avoid dualistic thinking where it isn’t helpful, I’m certainly guilty of being sucked into a Facebook debate and had my knee-jerk emotions get the better of me. Hell, I did it just yesterday, and I’m reasonably sure most of the people reading this will have done it at least once or twice.

And it’s killing us. It’s dividing the world up into tribes, camps, siloes. Authoritarian leaders know the power of dualistic thinking, which is why we have seen those with such black and white views rising into prominence in recent years. Those who will make decisive decisions and stubbornly stay the course (however destructive that course may be) provide a ray of hope and something to cling to. They provide some stability in a chaotic world. They suggest simple solutions to complex problems.

Becoming more comfortable with paradox can help us start to make sense of the chaos of the world without needing to be attached to simplistic view points.

Dualistic thought is what has allowed the catch cries of “All Lives Matter” and “Not All Men” in response to the Black Lives Matter and #metoo movements. It automatically assumes that if we state that Black lives matter, we mean to infer that other non-Black lives don’t, which of course misses the whole point. Likewise, the existence of kind and caring men who respect women does not negate a culture of patriarchal dominance within our economic systems, workplaces, political spheres, and locker rooms.

The antidote to dualistic thinking, is to make our peace with paradox. To understand that my truth is different from your truth, and that that’s okay.

Provided that we respect each other and don’t use our truth as a basis to harm others or undermine their rights, becoming more comfortable with paradox can help us start to make sense of the chaos of the world without needing to be attached to simplistic view points. We can choose to try to understand the warm data, or understand the spaces in between ourselves and everything else. The world is highly complex and dynamic, ever-changing. The natural world is an infinitely complex tangle of interconnected elements, that influence each other day by day, minute by minute. What is true today may not be true tomorrow. The same is true for all human systems.

If we are to solve systemic issues such as institutionalised racism or the destruction of natural ecosystems, which is built into our very ways of living and surviving on this planet, we need to humble ourselves and open our minds to that which is beyond our current understanding. It has to be okay to sometimes say “I don’t know”. To trust that just because you don’t know, that someone else might have an inkling, a sense, a way forward. To change systems that involve all humans, we need to invite all humans and their myriad perspectives into the conversation, even if we don’t understand them. That starts with resisting the urge to view the world in dualistic terms, and to quietly listen for what might be just around the corner.

“Another world is not only possible, she is on her way. On a quiet day, I can hear her breathing.”
– Arundhati Roy