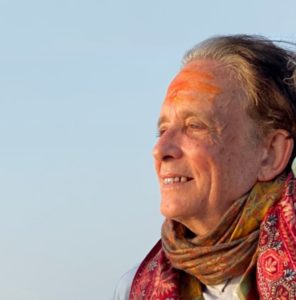 Andrew Harvey is a world-renowned author of more than 30 books and the Founder and Director of The Institute for Sacred Activism, an international organization focused on inviting concerned people to take up the challenge of our contemporary global crises by becoming inspired, effective, and practical agents of institutional and systemic change, in order to create peace and sustainability.

Sacred Activism is a transforming force of compassion-in-action that is born of a fusion of deep spiritual knowledge, courage, love, and passion, with wise radical action in the world. Harvey believes that the large-scale practice of Sacred Activism can become an essential force for preserving and healing the planet and its inhabitants.

Harvey was born in India in 1952 and lived there until he was nine years old. At the age of 21, he became the youngest person to be awarded a scholarship at All Soul’s College, England’s highest academic honor. But he soon became disillusioned with academic life and returned to India where a series of spiritual experiences initiated his spiritual journey. He has studied Buddhism, Sufism and Hinduism extensively and written many books on these subjects as well as translated the poetry of Rumi and Kabir.

Harvey speaks extensively throughout the world and has received many honors for his writings, including the Benjamin Franklin Award and the Mind, Body, Spirit Award.