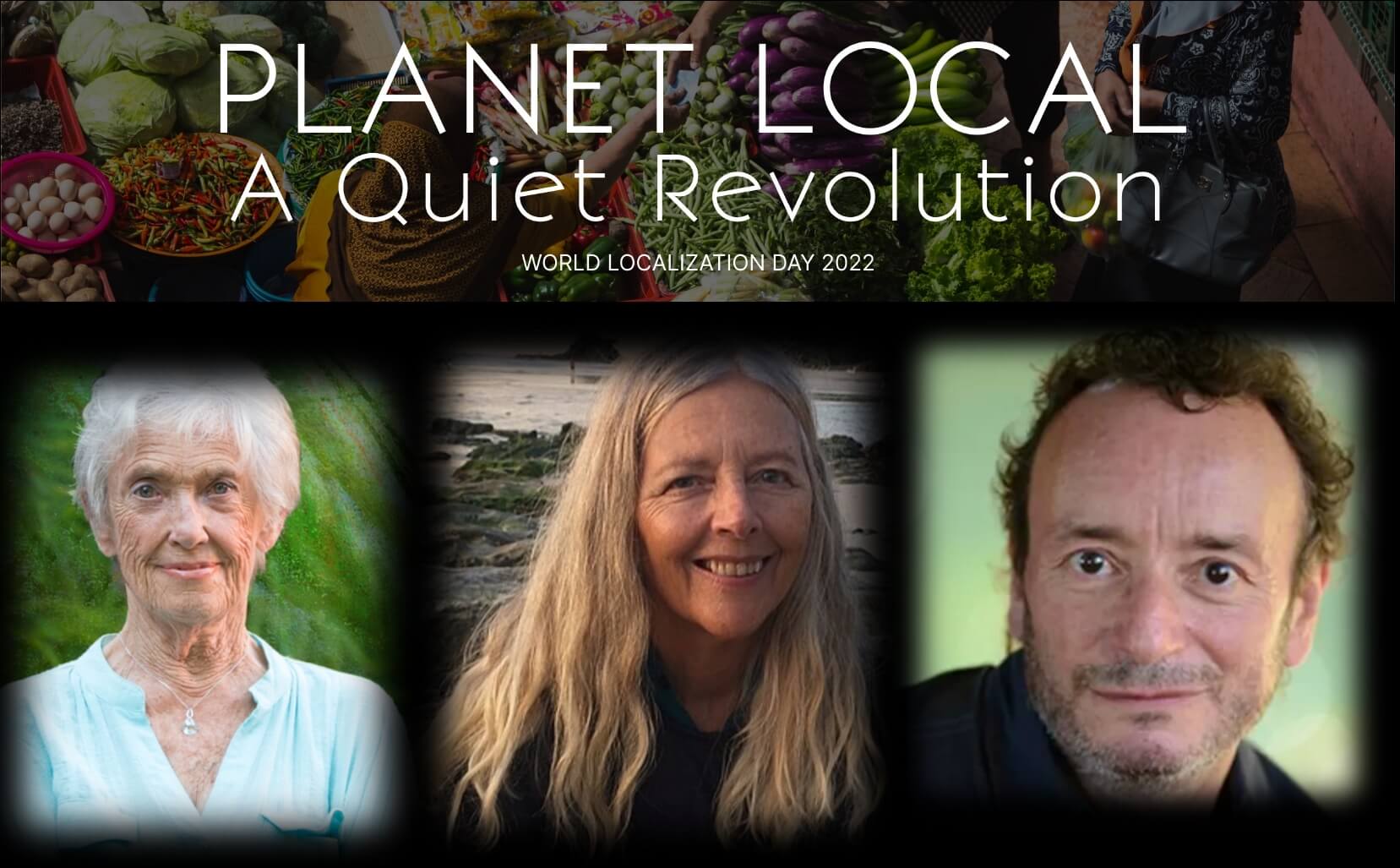 Planet Local
A Quiet Revolution
A film by Local Futures

This online event is open to the general public and free of charge.

The film features a kaleidoscope of voices from the growing localization movement, and was produced by Local Futures in connection with World Localization Day 2022.

Planet Local: A Quiet Revolution is both a powerful critique of economic globalization and a celebration of the kaleidoscope of grassroots initiatives that together form a growing movement for change: away from corporate rule towards the true democracy that more local markets make possible.

Built around edited presentations made for Local Futures’ World Localization Day by prominent thinkers and activists from 6 continents, together with on-the-ground examples of localization in action, the film highlights some key issues:

Produced and created by: Helena Norberg-Hodge

For more information about the film: www.localfutures.org  &  [email protected]