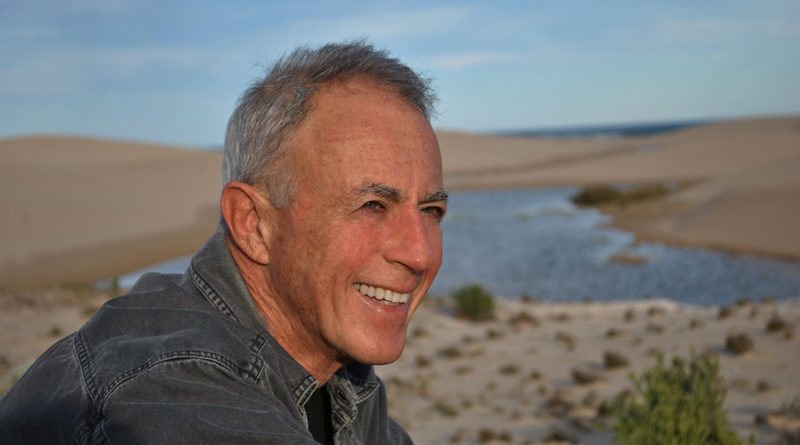 Roar Bjonnes will be talking with Prof. Herman about the evolution of consciousness, the human condition and the lessons from our wilderness origins.

Louis G. Herman is professor of political science at the University of Hawai’i West-Oahu. Born in an orthodox Jewish community in apartheid South Africa, Herman’s earliest memories were of “wilderness rapture”— intoxication with the rugged beauty of the South African bushveld and beach. At age twelve his family moved to England, where he received a solid science education, culminating in degrees in medical sciences and the history and philosophy of science at Cambridge University. Disillusioned with academia he gave up a medical career, sought out his “tribal” roots,   moved to an Israeli kibbutz and volunteered for military service in a combat infantry unit.  His wartime experience confronted him with two hard realities. One was the long ignored, obvious fact that Arabs were also indigenous to the land; the other was the absurdity of war as a long term solution to political conflict. He felt compelled to start over, to return to the Socratic question: How should we live?

After studying political philosophy at the Hebrew University and completing his PhD at the University of Hawai‘i, he found the two tracks of his search, the personal and the political, led him back to southern Africa, the birthplace of modern humanity. Connections became revelations, converging increasingly with the wisdom of the oldest culture on earth, the San Bushmen. Future Primal represents the culmination of this search.

For the past twenty years, Herman has been at UHWO developing a political science curriculum and pedagogy based on the principles of the primal truth quest.

Dr. Herman founded The Institute for a New Political Cosmology in 2018 to promote an educational and political culture with truth-questing as the central practice of a new political cosmology.
https://www.policosmology.org/
FacebookTwitterLinkedInEmailMessengerTelegramWhatsApp
EVENT