E.F. Schumacher and the Limitations of Green Capitalism 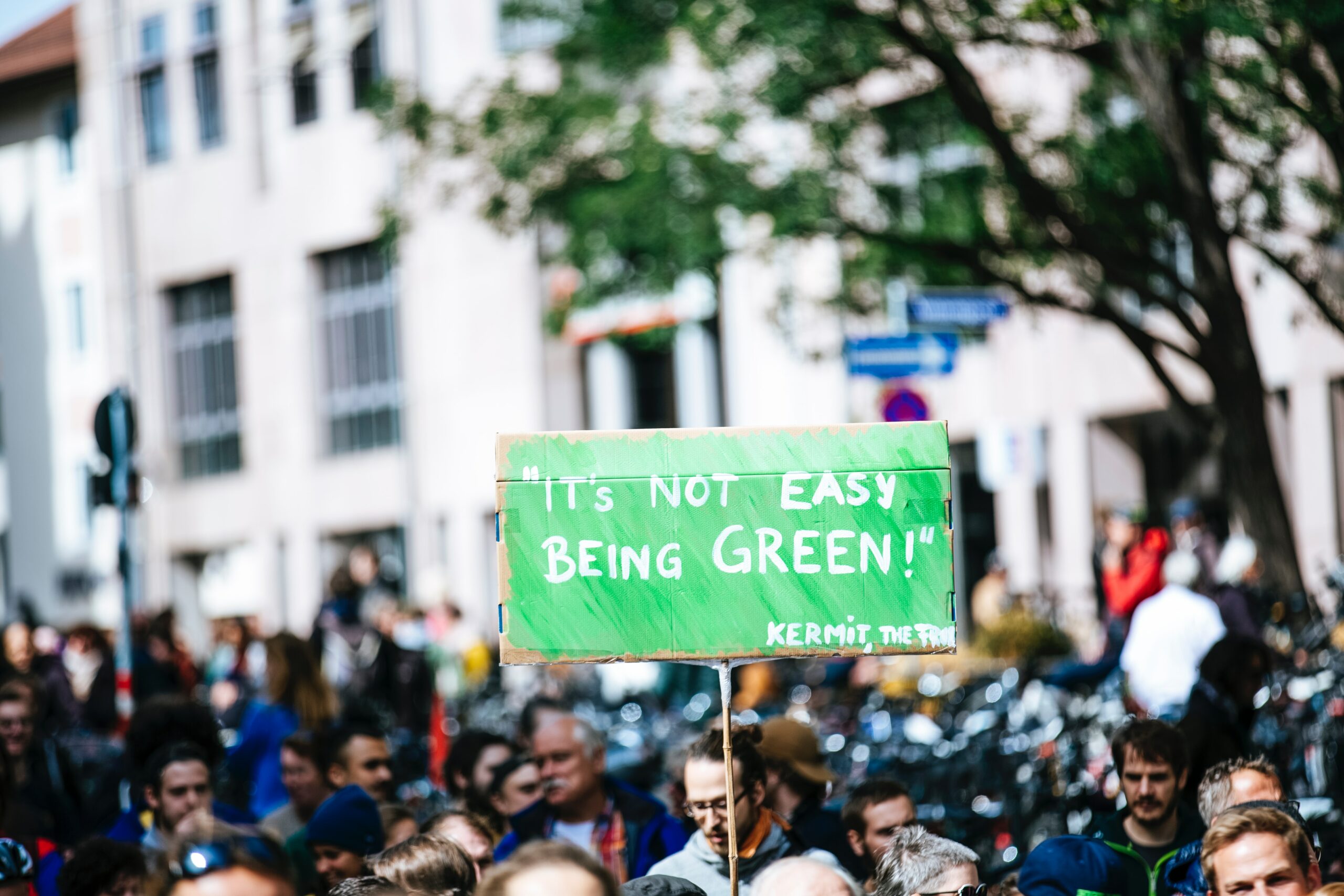 The German-British economist, E. F. Schumacher, was the first modern economist to highlight the need for a green economy. What Adam Smith did for classical economics and Marx did for socialism, Schumacher has done for green capitalism. In his path breaking work published in 1973, Small is Beautiful: A Study of Economics as if People Mattered, he presented a thorough critique of material capitalism’s main shortcomings. He also suggested ways to live on a planet of finite resources without going beyond the inherent boundaries of ecology. He suggested we develop a sustainable lifestyle and economy nearly 20 years before the word was made fashionable by the 1987 Brundtland Commission at the United Nations.

Schumacher’s book introduced the term “natural capital,” which emphasized the need to create an economy that does not abstract itself from nature. He pointed out that all our current environmental problems are results of the market economy’s faulty abstractions. He also emphasized how we have interfered with many of the planet’s life support systems—the forests, the oceans, the rivers, and the land. If this trend continued, he claimed, the capacity of our planet
to support future generations could no longer be taken for granted. His predictions have unfortunately proven to be quite prophetic.

To avoid these kinds of environmental problems, green economists have, since Schumacher’s time, compellingly argued that we need to account for natural capital. “Today we understand natural capital,” writes green economist Paul Hawken, “as the sum-total of renewable and non-renewable resources, including the ecological systems and services that support life. It is different from conventionally defined capital in that natural capital cannot be produced by human
activity.” 1
Most importantly, natural capital, such as fossil fuels, fish, and animals, cannot be replaced by human activity. Once they are lost, they are lost forever.

Today’s green movement argues that the problem with the capitalist system is that it is not rooted in an ecological understanding of how the world works. The very source of the word economics comes from the Greek oikos, which means ‘earth household’. Understood in an ecological context, economics is thus about taking care of the earth as if it is our own household, our own home.

Neither socialist nor capitalist theorists, however, have traditionally seen economics that way. They never asked themselves why those cultures before us, those who disregarded the limits of nature, such as the people on Easter Island, are now gone. Instead, they saw nature as a limitless and free resource. Therefore, both socialism and capitalism, in all their variants, have contributed to the ecological resource and economic systems crisis we are in.

Schumacher did indeed understand this predicament. He pointed out that our ethical and philosophical worldviews have great political and economic consequences and that there are two main reasons for our economic and environmental problems: 1) to build an economy based on an individual’s desire for wealth and 2) to separate economics from ecology. Schumacher was one of the first to provide these revealing insights into our current economic system, which he aptly described as “the institutionalization of individualism and non-responsibility.” 2

Directly or indirectly inspired and influenced by Schumacher’s Small is Beautiful worldview, American businessman turned environmental activist Paul Hawken wrote the book Natural Capitalism. Likewise, physicist and third-world farm activist Vandana Shiva developed a new vision for rural economies in India. Architect William McDonough and chemist Michael Braungart created the revolutionary cradle-to-cradle industrial design system by copying the way nature works. The European green movements have inspired and founded political parties influencing governments all over the EU. And finally, green economics have become a new standard by showing corporations that profit, people and planet needs to be part of economic planning and accounting. The fundamental question we are facing today, however, is that it appears that green or sustainable capitalism is not enough. The reason for that is that green
capitalism is not radical enough. It is still largely based on profit and material growth.

Despite these limitations, green parties have, in the past three decades, sprouted up in most countries of Europe. The first Green Party to achieve national prominence was the German Green Party, famous for their opposition to nuclear power, they were founded in 1980 and have been in coalition governments at state level for some years now. In 2001, they reached an agreement to end reliance on nuclear power in Germany and agreed to remain in coalition and
support the government of Chancellor Gerhard Schröder in the 2001 Afghan War. This put them at odds with many green activists worldwide. The Swedish Green Party has had up to 25 members in government, while the European Green Party is represented in the EU parliament and supported by 34 green parties from all over Europe. There are also green parties in the United States, Brazil, Australia, New Zealand, and Lebanon.

Green capitalist systems…all have one thing in common: they are attempts at circumventing, denying, or glossing over the systemic shortcomings of growth-capitalism’s basic principle: to maximize profit for the individual and to increase material growth overall.

The support for green values and sustainable economics has become so ubiquitous in our society that world politicians and corporations such as Wal-Mart, Shell and Exxon have all subscribed to sustainable and green practices in their business literature, and even in some of their business practices. But, as green activist Paul Hawken lamented in his book Blessed Unrest, even with 3 million grass roots organizations struggling to make the world more equal and greener and corporations and politicians promoting green values, the actual, sustainable, green changes we have made are but “drops in a bucket.” Unfortunately, the world is more polluted, more unequal, and more unsustainable than ever.

There are two main reasons for this dire predicament. First, while there are many green parties and people with interest in the environment, there are none that has become the leader of a major country. The second reason is that it seems impossible to reform capitalism so that it becomes a truly “green economy.” The main reasons for that, is that the driving force of the capitalist system is the profit incentive of individuals and companies. The capitalist system is rigged in such a way that the individuals with the most money has the most power. This means that those who put his or her financial interests above everything else, are also those that have the power in a market capitalist economy. By definition, such people will put their short-term financial interest above environmental concerns. Consequently, within free market capitalism the political will for meaningful change towards an ecologically sound industrial policy has so far been minimal at best. Therefore, trying to make capitalism greener and more sustainable is not a practical strategy. As Schumacher pointed out, capitalism is by its very nature neither green nor sustainable.

Still, green politicians continue to urge us to build upon the best of the market economy, but, as noted above, all capitalist reform strategies from John Maynard Keynes to neo-liberalism, from the Scandinavian welfare system to the green capitalist systems, they all have one thing in common: they are attempts at circumventing, denying, or glossing over the systemic shortcomings of growth-capitalism’s basic principle: to maximize profit for the individual and to
increase material growth overall. As history has shown, these kinds of reforms enables the multinational corporations to continue with their greenwashed propaganda. Similarly, taxing the corporations only makes them work even harder to find tax loopholes or tax havens to hide their profits.

In spite the popularity of everything green, the corporations are ahead of the game and finding new loopholes to pollute and pay less tax to maximize profit.

While most politicians today support the cause to stop global warming, much too little is being done to actually stop it. The reasons for that is that capitalism is a colossal system embedded in its own self-fulfilling mission to increase profit, at any cost. And unless one fundamentally alters its main premise—to create more profit, to amass more wealth—meaningful ecological reform is not possible. As Schumacher wrote, “the idea of unlimited economic growth, more and more until everybody is saturated with wealth, needs to be seriously questioned on at least two accounts: the availability of basic resources and, alternatively or additionally, the capacity of the environment to cope with the degree of interference implied.”

Since the publication of Schumacher’s masterpiece Small is Beautiful in 1973, the world has not become any more sustainable or greener, however. In spite the popularity of everything green, the corporations are ahead of the game and finding new loopholes to pollute and pay less tax to maximize profit. Green capitalism is therefore a contradiction in terms, and an unlikely economy to save us from the global crisis we are in.

Since Schumacher’s time, sustainable capitalism and the greens have come up with many praiseworthy policies and inventions, but without fundamentally solving the planet’s resource problems nor the numerous environmental tipping points—such as the climate and the inequality crises—we are facing.

As long as free markets, the banks and the financial system primarily decide the utilization of resources, it is hard to conceive of a move towards a sustainable economy where environmental concerns are properly addressed. Even though there are many lessons to be drawn from a review of the recent shift toward a greener economy, sustainable capitalism shows us no clear and easy path forward in resolving our planet’s many systems crises.

Today, more than ever, we need a small-is-beautiful-economy in the spirit of E. F. Schumacher’s vision. But neither the current green nor sustainable capitalism seems to hold the answer. Rather, we need to go beyond these forms of economics. To save this small and beautiful planet, we need deeper systems change—both economically and environmentally.