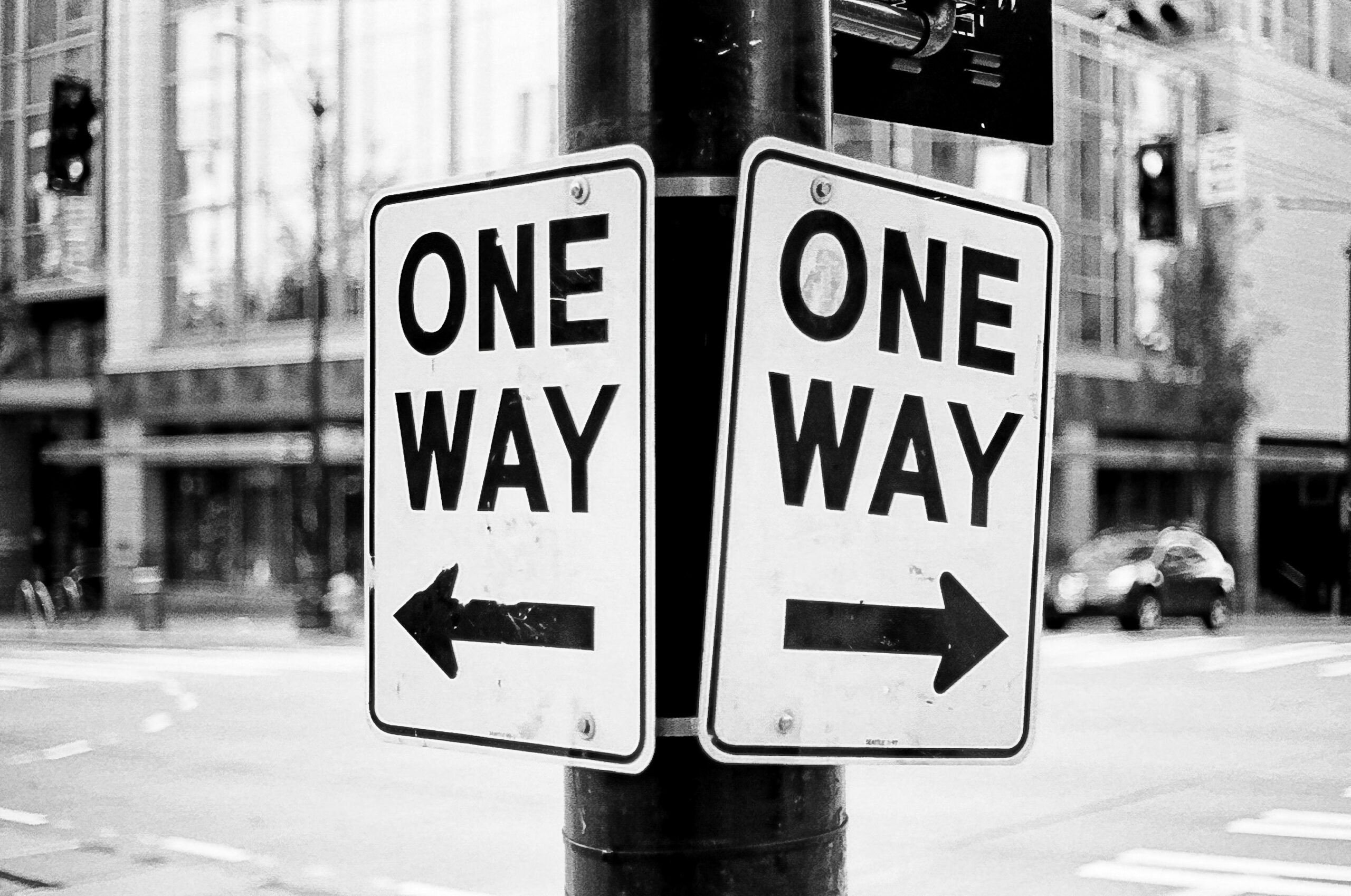 This article was originally published on Lowimpact.org.

What I mean by system change is system replacement, rather than system tweaking (aka ‘prolonging the agony’). This raises (not begs – please, not begs) three questions:

To answer the first question: yes, it will be replaced – systems come and go, which is why we’re not living under feudalism, absolute monarchy, the Roman Empire or in hunter-gatherer tribes any more.

So, you can guess my answer to question two. I want to show that system change is not only necessary, but achievable, and that we have to do it quickly. However, when communicating with people about system change, you never know how it’s going to land. It depends on a huge raft of factors – including the social circles that people move in, their upbringing, the newspapers they read, their job, ambitions, social media bubble and inner prejudices. Many people are ready for communication about system change, others aren’t, because it might challenge a lot of the narrative that they’ve held dear for a long time, with the potential to damage their career. I guess that if you’ve started to read an article about system change, I can at least hope that my communication with you is not going to crash-land. At the very least, it might plant a few seeds.

I’m assuming that you understand the dangerous nature of the path we’re on, and that recycling or installing low-energy light bulbs isn’t going to get us off it – not when we have an economic system that’s all about maximising consumption, which is not only irrational, but contradicts all religious teaching. The organisation that I work for (Lowimpact.org) has been promoting and assisting lifestyle change since 2001. Lifestyle change is essential, but not enough. Within the current economic system, lifestyle change without system change is cosmetic – like anti-racism or organic food on the Titanic. Both those things are good in themselves, but on the Titanic, they’d have no long-term effect without turning the steering wheel to avoid the iceberg.

Now on to question 3 – does advocating system change mean anti-capitalism? For me, it depends – but I’m not sure that kind of labelling is useful, as it’s divisive and confusing for most people. Socialists used to bristle when people criticised socialism by pointing at the Soviet Union. ‘But that’s not socialism’ they’d say, quite rightly. ‘It’s a dictatorship. Socialism has to be democratic, or it can’t be socialism, whatever you call it’. Capitalists would have a valid point if they said much the same thing to anyone criticising this system. ‘It’s not capitalism’, they might say. ‘Capitalism is fundamentally about a free market, and we absolutely don’t have a free market. Whatever you call it, if it’s not built around a free market, it’s not capitalism’.

This is why I find it difficult to criticise ‘capitalism’, because although it may be worth criticising as a theory, it seems strange to oppose something that we don’t actually have (and in fact, I don’t think it’s possible to have a system in which power concentrates in the hands of the owners of capital without massive state intervention on behalf of the owners of capital). What we have is some sort of strange bastardisation of capitalism, without the free market, but with an enormous, corporate-friendly state, and annual Davos schmooze-fests (i.e. socialism for the rich). This is what I oppose – what we have now – regardless of what we call it. I’d like to replace what we have now with something built around a non-extractive, free market. If you don’t understand how that’s possible, bear with me.

We don’t have a free market, because in this system (whatever we call it), the state intervenes massively on behalf of multinational corporations. Not ‘accidentally to the advantage of’, but ‘on behalf of’. Corporations have enormous leverage over governments – some would say to the point of ‘corporate capture’ of the political system – and I’d agree with them. They don’t pay the proper amount of tax (but small businesses have to); they get all the subsidies and government contracts; they have politicians on their boards; they get bailed out when they fail, and much, much more.

One morning on Radio 4, I heard several corporate CEOs demanding that:

This is seriously what they were asking for. And they’ll probably get it, because they’re ‘too big to fail’ (this may have happened already – I don’t tend to follow the news too closely). This prevents market entry by smaller, leaner competitors (which is exactly what the giant corporations want), and destroys any notion of a ‘free market’.

Consequently, the corporate sector is hoovering up the entire economy, and establishing monopolies like Amazon, Google, Microsoft, Facebook and Über, or cartels like the banks and supermarkets. They suck money out of communities and concentrate it, which damages democracy, as well as communities.

A (truly) free market would allow small businesses, sole traders, community-based enterprises and co-ops to compete with corporations. At the moment, they’re being wiped out. If we can stop the state from intervening, let’s see what kinds of ‘economies of scale‘ the corporate sector really has. The fact that there are still independent shops, small businesses, restaurants and coffee shops, community pubs, farms, craft producers or market stalls left at all in the face of corporate competition shows that people are prepared to support them, even when they’re more expensive. There’s something valuable about them, that people recognise. We’re pushing at an open door with most people.

But how do we kick-start system change? What do we actually do in the world? Certainly not violent overthrow – the idea is absurd and undesirable; and not by voting – which you won’t see as an option if you understand the amount of leverage that the corporate sector has. I believe that we’ll do it by transcending. We build a new infrastructure within this one, by absorbing its resources, around a new exchange medium – a new money system if you like, although that may not be an accurate label. Mutual credit is a tool that can help decentralise the economy, boost small businesses at the expense of multinational corporations, build community and reduce the need for banks. Together with various associated ideas, it can form the basis for a new kind of economy. It’s something that we can unite behind. It should be attractive to both the anti-corporate left and the free-market right – but also to greens (because shorter supply chains are more sustainable), and to libertarians (because it involves a reduction in the role of the state).

Nothing we do to try to move to a sustainable, healthy and democratic society will work as long as we have the current money system. Here’s the key point: the problem is that conventional money has two conflicting functions – it’s an exchange medium and it’s a store of value. In other words, it’s used to buy and sell things, and it’s used to store, hoard, accumulate and become wealthy with. As long as that’s the case, money will gravitate towards stored wealth, because money attracts money and gives access to the political system. This continues until so much money is concentrated, and so little is circulating that the economy crashes – as it has many times – and will continue to do so until those two functions are separated. During crashes, communities are devastated and ordinary people suffer. During booms, nature is destroyed. So there’s never a ‘good’ part of the boom and bust business cycle.

Groups all over the world are building the infrastructure and the technology to decentralise and mutualise the economy, including, crucially, to separate the exchange and store of wealth functions of money. I call this approach ‘Edgeonomics’, because it’s about assembling and connecting this infrastructure ‘from the edges’, in communities, and federating to the global level – rather than trying to change things from the centre. It all works – we only have to use it. I believe that mutual credit is the core of it, the life-blood. It’s a 19th century idea (or rather, a ‘family’ of ideas), whose time has come now that we have the internet, the software to federate from communities to the global level, a growing awareness of what’s happening to nature, and a Covid-lockdown-induced economic slump.

After mutual credit networks are in place, a job will no longer have to be something that you’re ‘given’ by a company that won’t pay you the full value of your work (where would be the profit in that?), and that you’ll be grateful for – even if it involves running around a warehouse all day, unable to talk with your colleagues, and with restricted toilet breaks. A job will be something you create, alone or in combination with equals – that you enjoy, and in which you keep the entire value that you create (not to mention choosing when to go to the toilet).