Could a new wave of climate fiction inspire climate action? 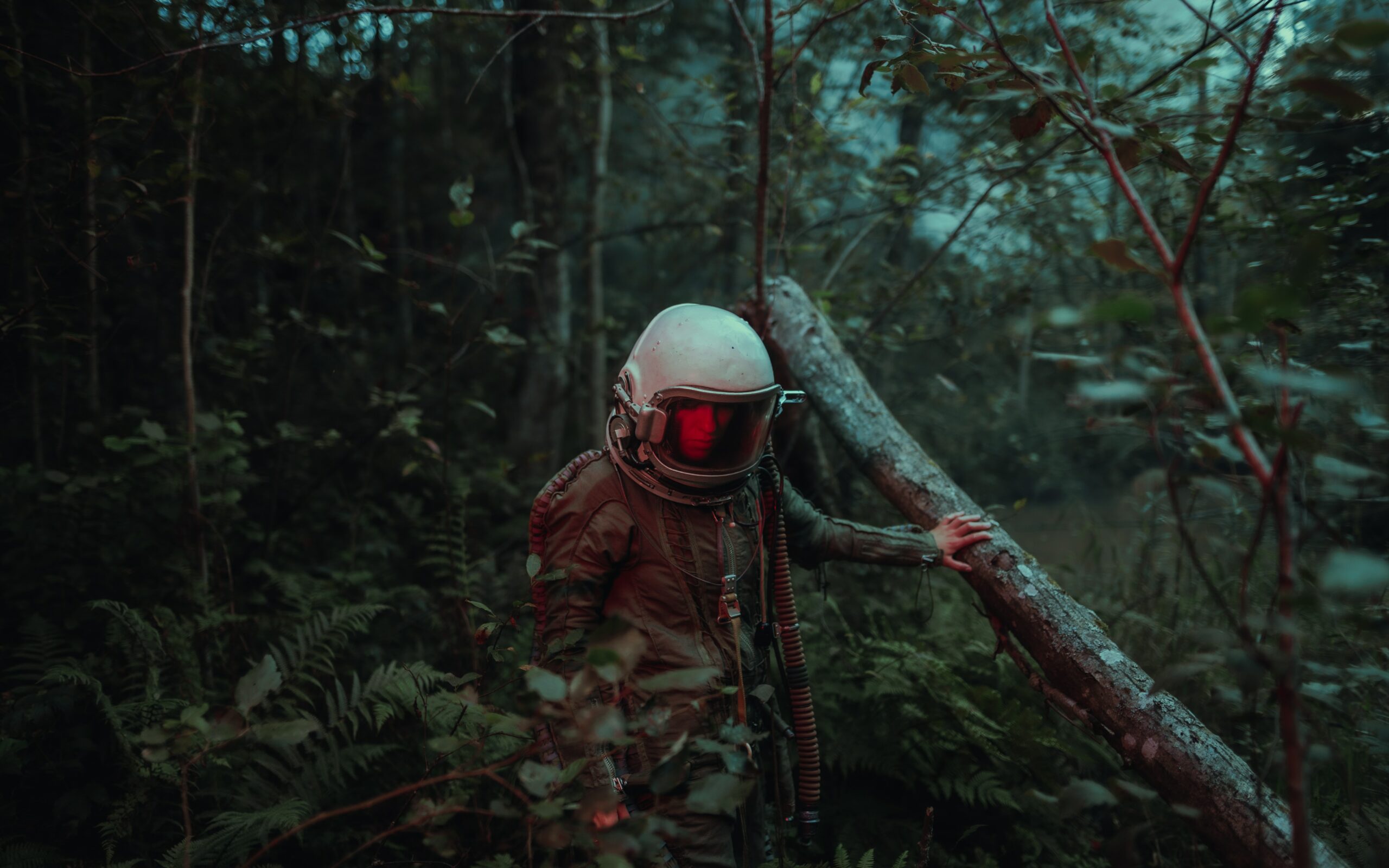 This article was on riginally published on Mongabay.

Many people may not remember the 23rd of June, 1988, or recognize its significance. Many may not have even been alive then. But that was the date when Dr. James Hansen gave his US Senate testimony, where he stated that global warming was here and happening now as a result of human activities. It is widely regarded as the moment the world become aware of climate change. In the intervening 33 years, the science has starkly shown that humanity is altering our climate, which is now entering a dangerous new state.

But I’d like to explore a tool at our disposal that can help cut through the noise and disinformation. In doing so, it could help engage a wider audience about the climate crisis. It’s something that’s shaped the attitudes, actions and advances of society for thousands of years; the universal language of storytelling.

Cli-fi is a term coined by Dan Bloom to describe the literary sub-genre of climate fiction. Cli-fi attempts to reach out to people in a way that traditional non-fiction and scientific reports simply can’t.

Cli-fi has typically been made up of “Dystopian and pre-/post-apocalyptic worlds of the past, present, or future stricken by a myriad of climate change calamities,” according to Kübra Baysal in Apocalyptic Visions in the Anthropocene and the Rise of Climate Fiction. These end-of-the-world stories may serve as a warning of why we should address the climate emergency. But can they inspire change? Investigations into this question are ongoing, but here’s what we know so far.

Research published in the journal Environmental Humanities in 2018, by Matthew Schneider-Mayerson, found that readers of cli-fi were more concerned about the climate crisis than non-readers. Cli-fi encouraged readers to think about the ways climate change would impact people and life in general. However, Schneider-Mayerson found that the majority of cli-fi was associated with “intensely negative emotions.”

Apathy is the enemy of action. This means that cli-fi that leads to readers feeling despair, might discourage them from engaging further with the issue. Could this mean that we need different types of stories to inspire change? That may be one solution. While not dismissing the existing cli-fi canon, which has increased awareness and spawned countless conversations, it may be time to add new stories to this potentially world-changing genre.

But why do stories have such an influence over people? How could they help us tackle the most pressing issue humanity has ever faced?

The power of stories

Stories hold immense sway over us. They wrap us in a narrative cocoon and transport us into a new reality, one where we empathize with characters and unwittingly have our beliefs and attitudes shaped.

Stories can also change the world. They have precipitated many important moments in history. For example, Uncle Tom’s Cabin by Harriet Beecher Stowe played a role in bringing about the American Civil War, in the fight to end slavery. Dictators including Hitler and Augusto Pinochet were in such fear of the power of books that many were collected and burned, according to Will Storr in The Science of Storytelling. “Transportation changes people,” writes Storr, “and then it changes the world.”

Fiction broadcast on TV can also be a force for change. The American sitcom “All in the Family” produced an episode which showed chlorofluorocarbons (CFCs) in a negative light in October 1974. At the time it had become apparent that CFCs were responsible for the hole in the ozone layer, and pressure was mounting for global action. According to an article published by PBS, the aerosol industry attributed the episode of “All in the Family” as that which sparked their decline.

Stories can also alert us about an encroaching menace. Brave New World by Aldous Huxley, We by Yevgeny Zamyatin, and 1984 by George Orwell warned us about the rise of totalitarian states. These books have now become part of our cultural fabric. But is there any proof behind the power of stories to influence and shape our beliefs and actions?

Jonathan Gottschall writes in The Storytelling Animal that, “Research results have been consistent and robust: fiction does mold our minds. Story – whether delivered through films, books, or video games – teaches us facts about the world; influences our moral logic; and marks us with fears, hopes, and anxieties that alter our behavior, perhaps even our personalities.” So how do stories hold us in their magical sway?

Walter Fisher believes we are creatures of story, or “Homo narrans.” Jonathan Gottschall prefers fiction man, or “Homo fictus.” Evidence suggests that people tend to think in narrative structure, which is defined in a research paper by Brandi S. Morris and colleagues as, “The degree to which a narrative tells a story and contains essential features including an identifiable character, plot (temporal dimension, goal), and setting.”

Narrative structure is coming to be seen as an effective method of science communication. This is because we can engage and lose ourselves in a story, through narrative transportation. We reach this state through empathizing with characters and living vicariously, and also by “being suspended from reality.”

Yet there are plenty of other reasons why stories can reach us in ways that non-fiction simply can’t. Morris and colleagues suggest that stories tend to fit in with our neural maps, which ultimately determine how we interpret and understand the world around us. Loick Roche and John Sadowsky also suggest that stories have an element of universality about them, enabling them to be understood by many people, irrespective of their age or culture.

Our brains are wired to process stories. We communicate in them, we spend some of our free time consuming them through books, audiobooks, gaming, theater, cinema and online streaming platforms. Even when we sleep, our brain continues feeding us stories through our dreams. It’s like we can’t get enough of them.

That’s not to say that non-fiction isn’t important or effective. It certainly is and can be. But sometimes stories can get through to us in ways that facts aren’t able to. “Humans think in stories rather than in facts, numbers or equations,” says Yuval Noah Harari in 21 Lessons for the 21st Century. George Monbiot shares this view, writing in Out of the Wreckage that, “A string of facts, however well-attested, has no power to correct or dislodge a powerful story.”

In their 2019 research paper published in Climatic Change, Morris and colleagues carried out three studies exploring whether stories or facts encouraged people to act on the climate crisis. They found that when narratives were presented as stories, they were more effective at encouraging people to take action, compared to narratives of a factual nature.

Should we therefore see more stories in science communication, especially around the climate crisis? Yuval Noah Harari thinks this idea has merit. In 21 Lessons for the 21st Century, he writes that science fiction could be one of the most crucial genres in this century, as it helps convey information about topics as diverse as climate change, bioengineering and AI to a wide audience. He explains that while people may not read the latest research articles, “Movies such as The Matrix and Her and TV series such as Westworld and Black Mirror shape how people understand the most important technological, social and economic developments of our time.”

In The Storytelling Animal, Gottschall writes that our thinking and opinions on topics as diverse as class, race, ethics, gender and almost any other subject can ultimately be shaped or modified through fiction. Even a single episode of a TV show (as with the hole in the ozone layer) or a short story can influence our thinking, according to Gottschall. “If the research is correct,” he writes, “fiction is one of the primary sculpting forces of individuals and societies.”

If stories have changed society’s views on a range of subjects before, then there’s no reason why climate change should be any different. But in order to inspire change, we first need a new kind of cli-fi story.

The new wave of cli-fi

Margaret Atwood, Kim Stanley Robinson, Barbara Kingslover, Ian McEwan and Jeanette Winterson are just some of the authors who’ve penned cli-fi novels. Yet the cli-fi genre can count its published works in the hundreds, meaning there is clearly scope for a wider range of novels.

“The best cli-fi,” writes Ellen Szabo in Saving the World One Word at a Time: Writing Cli-Fi, “Seamlessly intertwines literary fabrication and science; it’s a literary collaboration between the disciplines of science and the humanities.” Cli-fi makes climate change personal by living vicariously, says Szabo. This means we need strong and realistic characters. Grounding cli-fi in the present with solutions also matters when we’re trying to inspire the world to immediate action.

The Last Bear is a middle grade novel with wonderful human and animal characters that are the beating heart of one of the most stunning debuts you’ll come across. This book is a cli-fi masterclass, which is set in the present and incorporates real-world science deftly into the story. To say that it’s iconic within the cli-fi genre would be an understatement. That it will become a modern-day classic seems certain. But even more importantly, books like The Last Bear could just change the world. Every author who seeks to bring about climate action can learn from Gold’s masterfully crafted story – this is how we engage, educate and inspire action on the climate crisis.

After the slow progress made at COP26, many people are coming to realize that the time left for meaningful action is steadily diminishing. The history books are being written and all of our names will be recorded against success or failure.

But there is still a glimmer of hope. Perhaps through cli-fi, we can engage previously unreachable parts of society. Perhaps now is the time to embrace the fact that we’re storytelling animals and to communicate in this most universal of languages. Perhaps storytellers will write stories about saving the world, which will end up doing exactly that. We may not be able to get a “happily ever after” at this late stage of the climate crisis, but we owe it to every future generation to at least try.