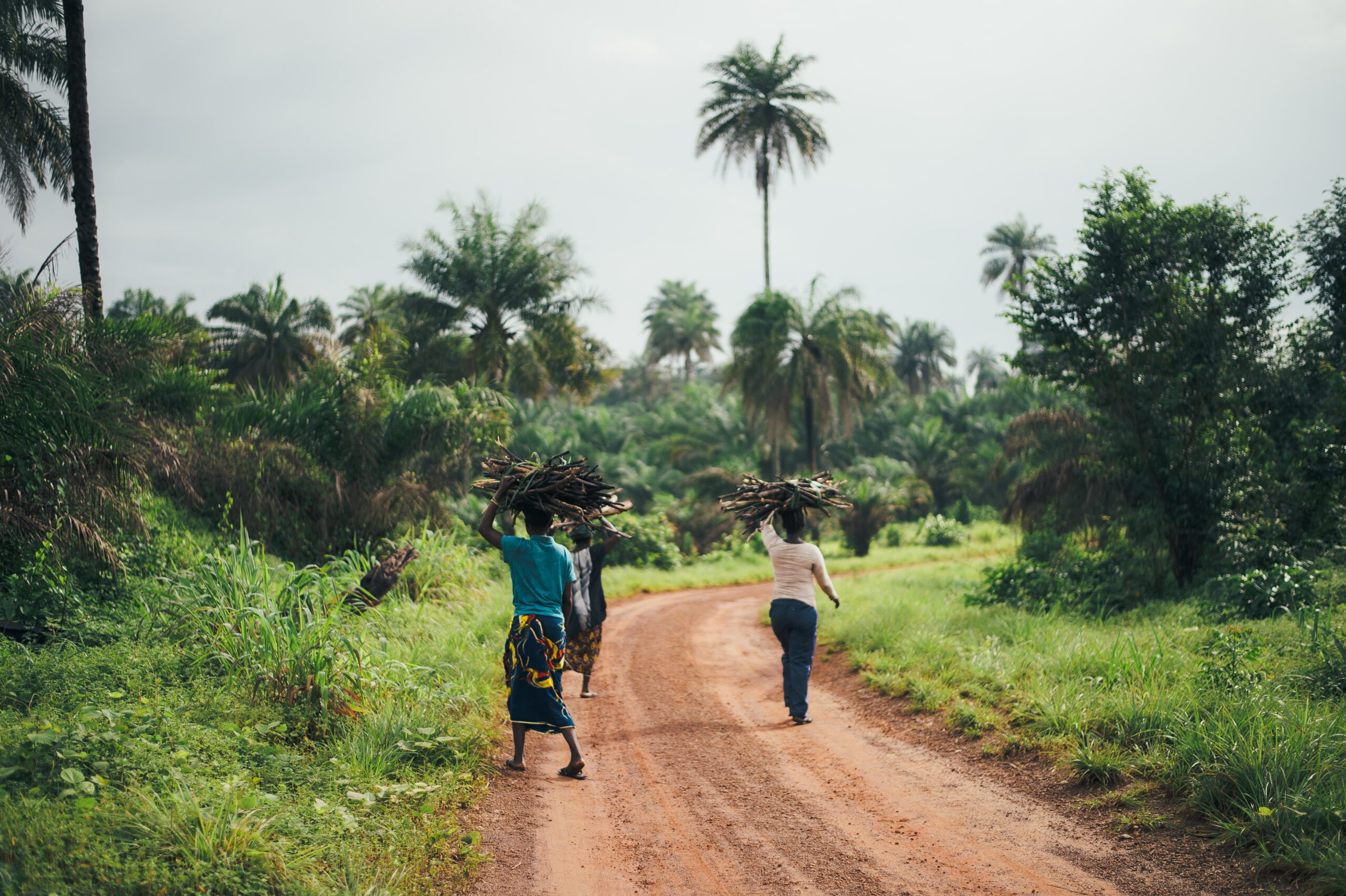 This article was originally published on Mongabay.

At the COP26 climate summit earlier this month, Nigerian President Muhammadu Buhari struck an upbeat note on Africa’s plan to build a Great Green Wall. “With all hands on deck and concerted efforts at land restoration by African leaders, I am optimistic that Africa’s ambition of restoring over 100 million hectares [247 million acres] of degraded landscape for productive agriculture is achievable,” Buhari said during a side event.

The numbers, however, are far from encouraging. In the 14 years since the project was launched, only 4 million hectares (10 million acres) have been brought under restoration, which includes everything from planting trees and stabilizing dunes to terracing farmland. That means that less than a decade from now, by 2030, the 11 countries that are part of the initiative expect to restore more than 95 million hectares (235 million acres) of land.

The initial idea for the GGW was bold but simplistic: a band of trees about 8,000 kilometers long and 8 kilometers wide (5,000 miles by 5 miles), stretching across Africa from east to west.

Over the years, the mega project has shifted away from a narrow campaign to “build a wall” meant to check the Sahara Desert’s advance south into the semi-arid Sahel region. It is increasingly presented as a way to resurrect ecosystems, save livelihoods and preserve cultures across the 11 countries that have signed up to it: Djibouti, Burkina Faso, Chad, Eritrea, Ethiopia, Mali, Mauritania, Niger, Nigeria, Sudan and Senegal.

Buhari’s enthusiasm may have something to do with the flood of new funding announced for the project this year. At COP26 in Glasgow, Amazon founder Jeff Bezos pledged $1 billion for land restoration with an initial focus on Africa and the U.S. International donors, including the World Bank and countries like France, promised $14.3 billion at January’s One Planet summit in the hope of accelerating progress.

But conflict and climate change are complicating efforts on the ground. Alisher Mirzabaev, an ecological economist at the University of Bonn, who conducted a cost-benefit analysis published in the journal Nature Sustainability earlier this year, pegs the total cost of restoration at $44 billion. “Now, theoretically, we have this big amount of money,” Mirzabaev said of the new funding pledged this year.

He calculates that every dollar invested in the GGW project could return $1.20, accounting for an entire gamut of benefits, including non-marketable services such as preventing erosion, climate regulation, and even spiritual value. However, translating dry economic calculations into real action on the ground is fraught.

Thousands of miles from Glasgow, in Djibouti, climate activist Fihima Mohamed followed COP26 with interest. “We don’t have a big budget; for us, it [land restoration] is happening acre by acre,” Mohamed, who leads the Women Initiative Djibouti, said in a phone interview. Since 2018 the NGO has recovered 12 hectares (30 acres).

According to Mohamed, limited budgets are only one obstacle. She says they also lack of training in farming techniques to cope with uncertain climatic conditions, like persistent drought that has pushed longtime farmers from their lands.

“People cannot afford to farm,” she said. “They are putting their money and getting nothing in return.” Restoration promises some returns.

The women’s group, with more than 100 members, grows vegetables and fruits on the restored lands on the outskirts of the capital, Djibouti City. They sell the produce in the market and share 40% of the earnings with the landowners.

The “wall” won’t be assembled brick by uniform brick. It will have to patch together parcels of the earth, each colored by their unique ecological conditions, social milieus and economic realities. There are some common characteristics. Across the Sahel, about two-thirds of the people depend on agriculture and livestock. The region’s population is growing rapidly — expected to more than double by 2050 — while arable land is shrinking every year. Most of the Sahelian countries are already grappling with food insecurity, and a changing climate is expected to hit the region hard.

Desertification and disruptions in northern Nigeria have fueled conflict between farmers and herders as the area of usable land shrinks. According to the new paper, it makes more economic sense to restore cropland rather than pastures. But what is economically sensible may not be socially acceptable.

“About 50 million people across the Sahel region depend on pastoral livelihoods,” Mirzabaev said. “You cannot just tell them your activity is not economically viable, so you have to give up your land.”

Even if decision-makers and funders agree on what to pursue, the success of projects depend on local communities’ appetite to participate.

Jacob Hochard, an economist at the University of Wyoming who wrote an associated piece to Mirzabaev’s study, said the latter recognizes that “not all benefits from land restoration are created equal.” For example, carbon sequestration rewards that accrue after many years to the global community are not the same as investments in cropland that deliver more immediate benefits for local people, Hochard said.

But local efforts like Mohamed’s in Djibouti will fall short without a clear vision or strategy to scale up, said Chris Reij at the World Resources Institute. “The challenge is to mobilize tens of millions of land users across the Great Green Wall countries to invest their scarce resources in sustainable land management and in particular in on-farm trees,” he said.

This mobilization has to happen even as underlying issues persist: land tenure insecurity, poorly developed markets, and weak access to finance. For restoration gains to stick after projects close and funding cycles end, “the conditions that lead to land degradation initially need to be addressed,” Hochard said.

A changing climate, one of the causes of land degradation, is already taking its toll. Droughts and heat waves are striking regularly and in some places with greater force. “The heat waves have not stopped coming,” Mohamed said. “We have heat waves from May to August. All the crops are drying.”

It is a phenomenon that is likely to bedevil the whole enterprise, impacting everything from carbon storage potential to crop yields. Mirzabaev’s study notes that climate change would reduce the survival chances of tree saplings by half and greatly diminish crops’ profitability.

What is also stymying the Great Green Wall campaign is widespread conflict in the Sahel region. Of the 27.9-million-hectare (68.9-million-acre) area where Mirzabaev and his team say restoration is economically and ecologically viable, 14 million hectares (35 million acres) lie in the orbit of deadly conflict zones.

In northeastern Nigeria, an Islamic insurgency led by the group Boko Haram and fueled in part by the harsh conditions of life, has made accessing these areas difficult.

“The Boko Haram is a very big problem for the implementation of this Great Green Wall,” said Chikaodili Orakwue, a senior researcher specializing in environment and conflict at the Institute for Peace and Conflict Resolution in Abuja. She described challenges faced by the country’s National Agency for Great Green Wall (NAGGW) in mobilizing staff in the area. “It’s a volatile area. They lost staff to Boko Haram; they are scared.”

In their interactions with Orakwue, community leaders criticized the absence of government support for restoration work. She warned, however, against a top-down approach, saying land restoration would have to go hand in hand with the restoration of livelihoods, for example, by improving access to water sources and providing pastoralists with land for growing fodder crops.

“They know their lands,” Orakwue said. “They are saying, don’t just come and plant trees on our land.”

Orakwue, C. A. (2020). At the frontline of land restoration and sustainable livelihood: An analysis of the implementation of Nigeria’s Great Green Wall. Master’s thesis, International Institute of Social Studies, Hague, Netherlands.