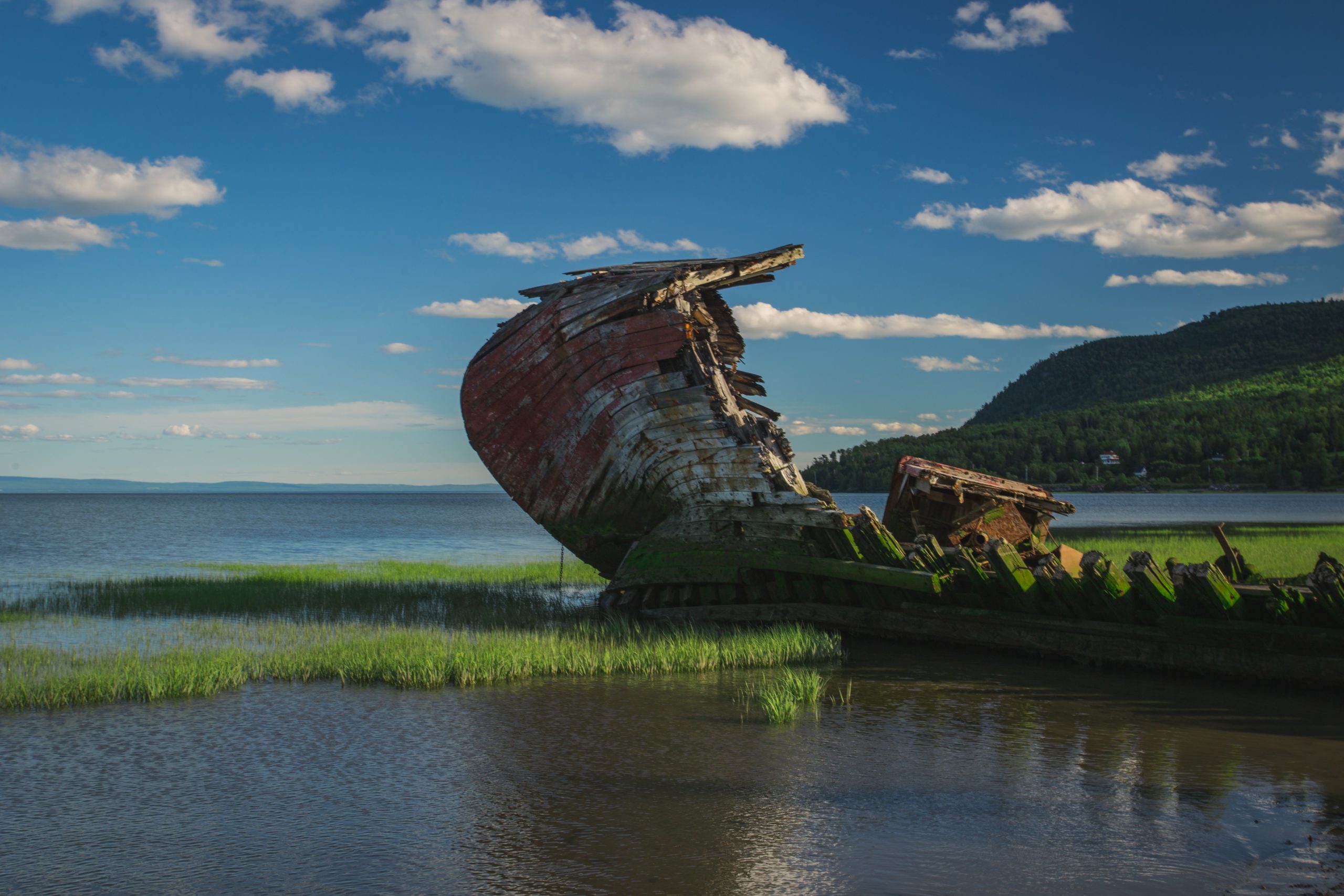 In the title track to Leonard Cohen’s 1992 album The Future, the legendary folk singer croons in his raspy baritone: “I’ve seen the future, baby: It is murder.” Cohen is not the only self-proclaimed prophet who has seen the future in recent years, of course.

These days, the blogger Umair Haque writes about the future with a frequency most writers can only dream of. One of the most prolific and popular writers on Medium, as well as one of the world’s most influential management thinkers, he has a penchant for predictions.

In feverish, apocalyptic essays, Haque has made it his trademark to forecast our future, too. And it is not only filled with murder and mayhem in the streets.

In one of his hyperbolic headlines, he writes that The Future is Here and It’s Made of Apocalypse. One of the reasons we are on a runaway train towards the Apocalypse is because of President Trump. The American president is a fascist, he writes. And the American people, at least those who voted for him, are a bunch of “dumb idiots.”

But then there must be “dumb idiots” in Europe, too. The same kind of sheepish fools who, in the 1930s, believed the Nazis when they said that Jews ate Christian children for breakfast.

The same kind of conspiracy nuts who follow QAnon and believe Covid-19 was made in a lab, either in China or in Big Pharma’s imagination. The same people who today believe socialists are sucking people’s blood with the nocturnal swiftness of vampire bats.

These are the kind of images we hear and conjure up when reading Haque’s apocalyptic blogs. We also hear them when reading rightwing conspiracy theorists on social media.

Another reason we are heading towards Apocalypse is global warming, of course. “The planet is burning,” Haque writes. “We live in an age of mass extinction. The earth’s great ecologies are reaching tipping points, from which there’s no return.”

But Haque is not just a doomsayer. He also offers solutions, such as wanting to extend our sense of personhood to nature in order to, you guessed it, prevent catastrophe. “If we recognized the earth was our slave — but should be a person—then…. all our systems would have to change,” he writes.

“Our economics could no longer be built on the foolish idea of GDP — which counts profits, but not, say, the species going extinct to provide them — and ‘stock markets’ booming, while life on earth begins to go extinct. We’d need to reinvent our economies wholesale — at a conceptual level, not just with money.”

Cohen and Haque have not been alone in predicting doom and gloom in past decades. Right after the stock market crash of 1987, economist Ravi Batra wrote the runaway bestseller The Great Depression of 1990. But the depression never came as he had predicted.

Instead, we got a series of great recessions—in 1991, 2001, 2007, and the Covid-recession of 2020. After each of these economic meltdowns, the elite became richer and everyone else a bit poorer and in deeper debt.

Batra claims that the solution to these roller coaster rides—as well as another Great Depression—is to decrease the wage gap—to tax the rich, break up monopolies like Amazon and Walmart and pay the poor and the middle class a whole lot more. I doubt that Haque would disagree.

Then there is Peter Turchin, the historian who, according to a recent article in The Atlantic “sees the future.” To Turchin, America’s future is apocalyptic, worse than what most Americans have experienced so far. The near future, he believes, could even lead to another civil war.

In his 2009 book, Secular Cycles, co-authored with Sergey A, Nefedov, Turchin describes four main reasons civilizations collapse. Only one of them refers to leaders like Donald Trump.

These civilizational devastations, which have repeated themselves with some regularity throughout history, takes place when the population override nature’s carrying capacity; when the elite gets too rich for its own good, and there aren’t enough elite jobs to go around; when the strength of the state weakens, and when the social foundations are shaken.

This is the state we are in at present: we are gobbling up more than a planet and a half in resources; the billionaires and their mega-yachts have never been more plentiful; democracy is eroding, and right-wing populism is back with a vengeance; there’s civil unrest and the poor are getting more impoverished, and many of them are voting for right-wing demagogues like Donald Trump.

Trumpism, then, is a counter-elite movement and Steve Bannon, although elite-educated at Harvard Business school, grew up working class. As if fulfilling Turchin’s prophecy, he is now recruiting white, blue-collar workers to revolt against the elite he so desperately wants to be part of himself.

It makes sense, but of course, the commoners can also turn into socialist rebels. At present, if it all fell apart, it’s hard to say how many would join a Bernie Sanders and Alexandria Octavio Cortes movement and how many would opt for a Trumpist counter-revolution.

However, a revitalized Trump movement in 2024 would surely bring us closer to the brink of all-out economic and environmental disaster. A disaster of Haqueish proportions.

But what about a leftist, internationalist movement led by Green New Deal idealists Alexandria Octavio Cortes and Yanus Varoufakis?

In my book, if it became global, that movement would surely be enough of a system change to save us from total environmental collapse. But is that enough in the long term?

Suppose we are to truly thrive and survive—economically, environmentally, culturally, spiritually—for seven more generations. In that case, we can and must do better than merely reforming the system that brought us to the brink of planetary collapse in the first place.

Just consider the fact that the Green New Dealers believe in Modern Monetary Theory. That’s the idea that debt is no problem as long as we use it for the right reasons—for infrastructure, schools, the poor and the environment. But anyone who has contemplated the deep interconnection between ecology and economy, the way H. T. Odum has, would surely agree with him: “In Nature, all debts are paid, and no one is ‘too big to fail.'”

The future is already here, baby. We are all living on this small island called Planet Earth. And it will be murder, for all of us, if we think we can buy more time with superficial fixes and short-term strategies. H. T. Odum was right, now is the time for a Real New Deal.